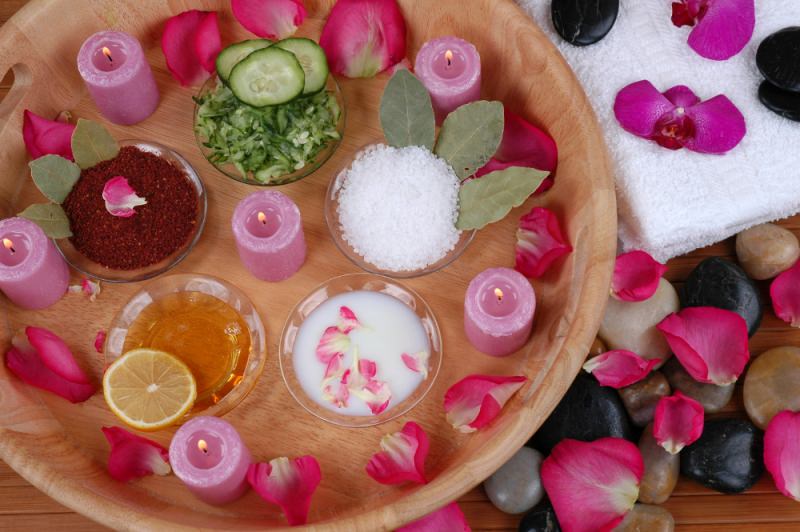 Millions of pounds are spent every year by people on beauty products throughout the world with the hope to enhance their beauty or erase some of the unwanted features the may have on their face and other parts of the body. The pressure to spend on beauty products in this age is higher than ever. Traditionally it was the women folks who spend hours looking for that ‘right’ life changing beauty product (but in reality none of them really does the job), however, now, the idea of the “metrosexual” male has gained global approval, with the majority of consumers worldwide agreeing that it is acceptable for men to spend time and money to enhance their appearance. Around 78% of consumers worldwide agree that it is “ok” for men to spend time and money on their appearance. This is quite visible even in the East end of London.

Although purchasing beauty products is allowed, as Muslims we are taught that beauty comes from within, literally! Our scholars have mentioned in their writings that when a person commits a sin against Allah and that person is persistent and adamant upon sin his/her face darkens. The opposite is also true, when a person observes the Taqwa of Allah and perseveres in Allah’s path his/her face is illuminated with the light of iman (faith). So although the Maybelline may try and make people believe that they are pretty etc while they commit sins, in reality, those who are upon the truth and observe the Taqwa of Allah their face is radiant with the light of iman. It is only the believers who appreciate and discern this light.

See below a comment by Shaykh Ibn Taymiyyah on this issue. He رحمه الله may not be giving direct beauty tips to people, especially our young brothers and sisters, however, I believe this is the best and most healthy beauty advice one can give.

“The person who is righteous and honest, his honesty is manifest from the radiance on his face, and his honesty can be known from the glow that is on his face, likewise the (opposite for the) sinful one and the liar. The older a person gets, the more this sign becomes apparent. Thus a person as a child would have a bright face, however if he becomes a sinful person, adamant on committing sins, at the older stages in his life, an ugly face would manifest that which he used to internalize, and the opposite is also true.

It has been narrated that Ibn Abbas رضي الله عنه said,

It is possible that a person may not intentionally lie; he may even be a person who makes great effort in ibadah (worship) and has zuhd (abstains from pleasures of this life that are lawful). However he has false, incorrect `aqidah regarding either Allaah, His deen or His Messenger ﷺ or His righteous servants. And what is on the inside affects what is on the outside. Thus, this false, incorrect `aqidah (belief and incorrect practices) that he thought was true and correct reflects on his face, and his face would be dark in accordance with the level of falsehood he possesses.

As it has been narrated that `Uthman ibn Affan رضي الله عنه said,

`No one ever hides evil within themselves except that Allah makes it manifest from his facial outlook and the statements his tongues utters.’

Hence some of the salaf used to say,

On the Day of Judgment this would be very clear as Allah says,

“And on the Day of Resurrection you will see those who lied against Allah their faces will be black. Is there not in Hell an abode for the arrogant ones?” (Surah Zumar, 39:60)

Ibn Abbas and others have said regarding this verse,

So you want to get that look or develop those biceps and triceps? Try and visit the Taqwa shop more often than the Body Shop!

Allah’s Plan for You and Me