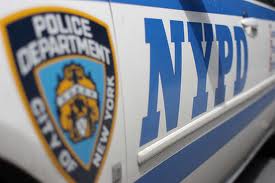 Rutgers University takes great pride in the diversity of our student body, and we work hard to make sure that all students feel safe and welcome at all of our campuses. Rutgers University had no knowledge at the time that the New York Police Department (NYPD) was conducting surveillance near the university’s campuses in Newark and New Brunswick. Once the university learned that these activities had occurred, Rutgers was informed that the NYPD’s investigation was not within the university’s legal jurisdiction. The university was not aware that members of the Rutgers community were allegedly targets of this investigation.Given the concerns raised by members of the Rutgers community, the university would welcome a thorough investigation by the NYPD of its own activities.

While all the facts are not known and the reasons for actions of the NYPD have not been shared with the university, it is important to state that Rutgers does not condone the surveillance of any members of our community based on their race, gender, ethnicity or religious beliefs.

I am writing to state, in the strongest possible terms, that police surveillance based on religion, nationality, or peacefully expressed political opinions is antithetical to the values of Yale, the academic community, and the United States. Also I want to make sure our community knows that the Yale Police Department has not participated in any monitoring by the NYPD and was entirely unaware of NYPD activities until the recent news reports.

As news breaks out about the New York Police Department surveillances of Muslim Students across the East Coast, Rutgers University Muslim Alumni Association has been active in engaging in dialogue with the Rutgers Administration to ensure the safety of all students and faculty members as well as launching a “Know Your Rights” campaign for the student body on the campuses to make sure that student safety is not compromised and that the university remains a safe place for students to share their views. Rutgers University is the state university of New Jersey and the largest institution of higher learning in the state.

From the wall Street Journal based on an Associated Press report: The NYPD monitored Muslim college students far more broadly than previously known, at schools far beyond the city limits, including the Ivy League colleges of Yale and the University of Pennsylvania, The Associated Press has learned.

Police talked with local authorities about professors 300 miles away in Buffalo and even sent an undercover agent on a whitewater rafting trip, where he recorded students’ names and noted in police intelligence files how many times they prayed.

Detectives trawled Muslim student websites every day and, although professors and students had not been accused of any wrongdoing, their names were recorded in reports prepared for Police Commissioner Raymond Kelly.

Asked about the monitoring, police spokesman Paul Browne provided a list of 12 people arrested or convicted on terrorism charges in the United States and abroad who had once been members of Muslim student associations, which the NYPD referred to as MSAs. Jesse Morton, who this month pleaded guilty to posting online threats against the creators of “South Park,” had once tried to recruit followers at Stony Brook University on Long Island, Browne said.

“As a result, the NYPD deemed it prudent to get a better handle on what was occurring at MSAs,” Browne said in an email. He said police monitored student websites and collected publicly available information, but did so only between 2006 and 2007.

“I see a violation of civil rights here,” said Tanweer Haq, chaplain of the Muslim Student Association at Syracuse. “Nobody wants to be on the list of the FBI or the NYPD or whatever. Muslim students want to have their own lives, their own privacy and enjoy the same freedoms and opportunities that everybody else has.”  -Wall Street Journal

Here is a pdf of a NYPD Weekly MSA Report

Guantánamo No More: 10th Anniversary of the Draconian Prison