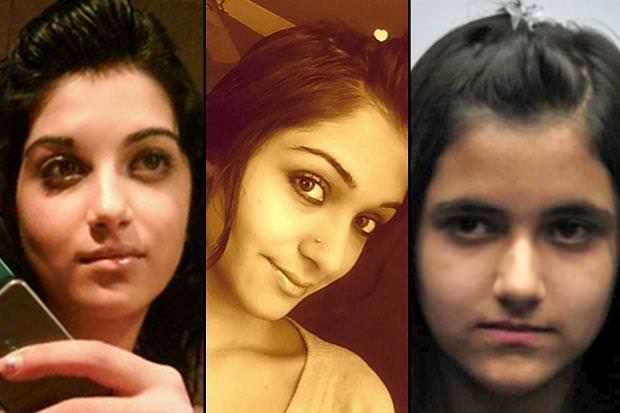 After three months of exhaustive cross-examinations, interviews and exhibits, the high profile trial for the Shafia murders has finally come to an end. Mohammad Shafia, his son Hamed, and second wife Tooba Yayha were found guilty of committing an honor killing. They carried out the murder of the three Shafia daughters; Zainab, Sahar, Geeti and Shafia’s first wife, Rona Amir Mohammad.

The trial which gained an international following has captivated Canadians since the beginning. How is it that a family could kill their very own in the name of honor? What twisted and perverted mind would do such a thing? The Shafias held their innocence from the start and many doubted if this was in fact an honor based crime. The jury, however, had no doubts about it and delivered their verdict after mere 15 hours of deliberations.

The Judge’s final remarks to the guilty sums up the high emotions surrounding this trial:  ‘It is difficult to conceive of a more despicable, more heinous, more honorless crime’. ‘The apparent reason behind these cold-blooded, shameful murders was that the four completely innocent victims offended your twisted concept of honor, a notion of honor that is founded upon the domination and control of women, a sick notion of honor that has absolutely no place in any civilized society.’

As the disturbing details from the trial emerged, it was evident that the Shafia family was highly dysfunctional with some serious domestic abuse issues. At the head of it was the short tempered, foul-mouthed father who ruled with an iron fist. His illegal, polygamous marriage meant having to constantly lie and portray his first wife, Rona Mohammad, as an aunt. Shafia was a rich businessman, usually away on trips, and immigrated to Canada in 2007 on the “immigrant investor” program. In his absence, his son Hamed took over his command.

The Shafia daughters were the Afghan Muslim father’s worst nightmare. As one columnist aptly described them, ‘Gorgeous Zainab’ was 19, ‘Sultry Sahar’ was 17 and ‘Rebellious Geeti’ was 13. Reveling in the beauty of their youthful bodies, the eldest daughters did not hesitate to show them off. The cellular pictures in their lingerie, in promiscuous poses and with their boyfriends are reflective of their boldness. Zainab and Sahar transformed themselves when they left for school every morning, hiking their skirts, removing the hijab, and changing into revealing tops. Even 13-year-old Geeti followed suit and was once sent home from school for wearing inappropriate clothing.

The psychological oppression at home was severe. The girls were under constant scrutiny for their behavior and conduct, with their freedoms being taken away by the day. The watchful brother eyed their secretive affairs and reported them. That their behavior was normative by Canadian standards made things more difficult. They appealed to social workers and teachers for help, even tried to run away from home to a foster house. All these incidents finally added up to their unfortunate murder.

I wouldn’t go as far as to say that honor killings are a problem in the Muslim community, but the familial situation I’ve described is not uncommon. The Shafia family practiced what would be termed cultural or cafeteria Islam. This is the Islam in which immigrant parents raise their children in a relatively secular household but then expect them, the girls especially, to behave as law abiding, pious Muslims. This pick-n-choose ‘Islam’ is epitomized by double standards for girls and boys; where boys are free to gallivant late at night and the girls can dare not be seen working on a school project with a boy.

Obsession with the sexual purity of women is also one of the cornerstones of this twisted version of ‘Islam’; this belief is actually rooted in patriarchal tribal customs and unfortunately has made way into Muslim societies. These families lay no emphasis on Islamic education or on the foundational pillars of faith such as prayer and fasting; all the emphasis goes into tertiary concerns such as wearing hijab, staying away from the opposite sex and my favorite – staying away from pork (not alcohol though). If these people only realized that an understanding of the fundamental tenets of Islam encourages one to automatically take up secondary aspects of the faith, dysfunctional families like the Shafia’s would not exist.

The Muslim community has much to learn from the Shafia murders. For one it highlights the struggles undergone by numerous young Muslim girls. The lure of a secular society mixed with a poor understanding and appreciation of Islam leads to a psycho-spiritual crises for most teenagers. At home, the parents don’t understand their apparent obsession with all things haram; at school their teachers and peers don’t get the ‘draconian’ rules imposed on them. Muslim counselors that can help address the challenges faced by youth are desperately needed; projects like the Naseeha Help Line need to be generously funded by the community. The Shafia girls did appeal to social workers, but these people unfortunately did not have an understanding of the complexity and seriousness of their situation.

As much as one might try to hide, the ‘Muslimness’ of this case has been apparent from the start. Whether it be the references to ‘Allah’, ‘Koran’ and ‘hijab’ during the proceedings or the analysis of Afghan culture by experts; Islam was certainly under the spotlight. After the killing of Aqsa Pervez, the Shafia murders have given people another reason to question the link between Islam and honor killings. People hesitantly approached me to ask about my ‘position’ on honor killings and to clarify the Islamic stance – it’s sad that we have to do these things.

Media coverage of the trial was generally fair in my estimation. By that, I mean there wasn’t a general deliberate attempt to pin the blame on the religion of the accused; if anything, it was patriarchal aspects of Afghan culture that took the hit mostly. Not all media outlets were generous though; Michael Coren interviewed Islamophobe Robert Spencer who tried to assure viewers that Islam did in fact allow honor killings. Barbara Kay also wrote an article trying to establish a link between Muslims and the barbaric custom. Writers across the anti-Muslim blogosphere shed crocodile tears to mark this tragic event; the Shafia girls will become their poster children for years to come.

One of the positive outcomes of this media attention was the ‘Call to Eradicate Domestic Violence’ issued by CAIR-CAN and was endorsed by over a hundred Muslim organizations. This statement denounced domestic violence, honor killings in particular, and vowed to address the issue at mosques across the country. This resulted in Imams across the nation jointly tackling domestic violence in their sermons on December 9th 2011. What is more surprising is the widespread media coverage this received, with almost every major news source reporting it in Canada; the National Post went as far as publishing Imam Sikandar Hashmi’s sermon – an unnatural, but appreciated, gesture from the right-wing newspaper.

Much will be said about this saga in the days to come. Some will criticize multiculturalism, some will pin the blame on religion while others will say the ‘system’ failed them. For me, it is the non-existence of a firm understanding of Islam that leads to all this. This understanding would have taught the murderers to fear God more than society and it would have allowed the daughters to see their faith as something more than a set of dry rules. Let’s hope that this will be last time we will hear of such a heinous crime being committed by a coreligionist.