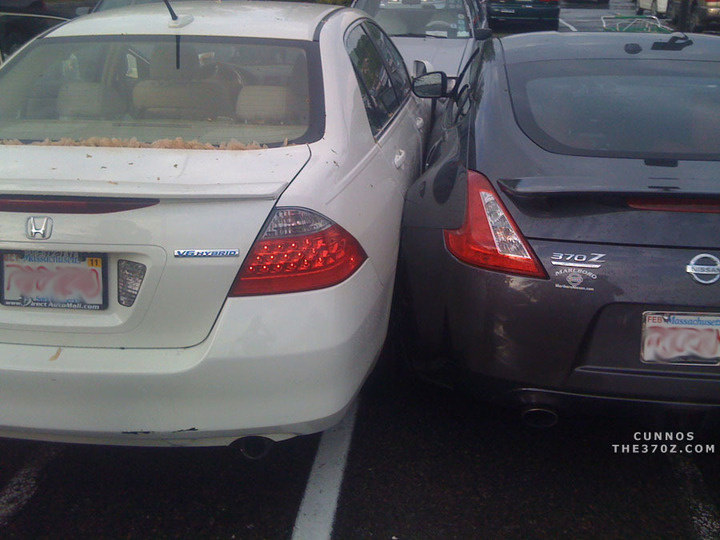 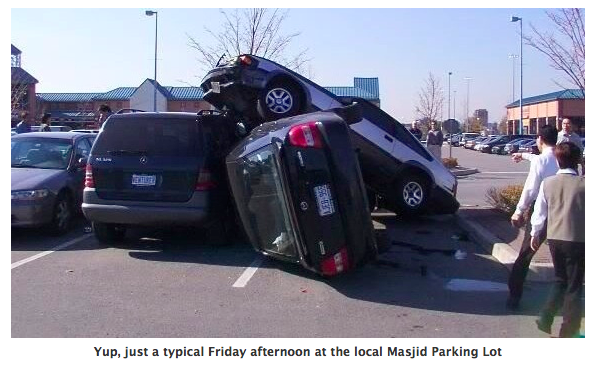 Back in the olden days, it was a much simpler time.

Every Friday morning would be a bright and wondrous journey to the local masjid for Muslims, all of whom would strap on their worn-out footwear and proudly travel by foot – and with every step they’d take, such a profound blessing would be levied upon them.

As communities grew and expanded outward, Muslims found themselves too far from the masjid to simply walk there, and out of necessity they began to develop cutting-edge technological advancements in transportation. 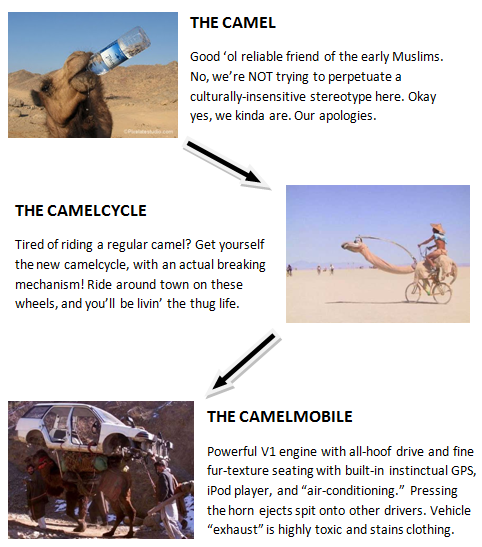 Due to perpetual stereotyping, Muslims began researching alternate forms of transportation, and began to utilize actual machines instead of animal-based modes of transport. Their dear love for animals, however, was still incorporated into their usual travel habits: 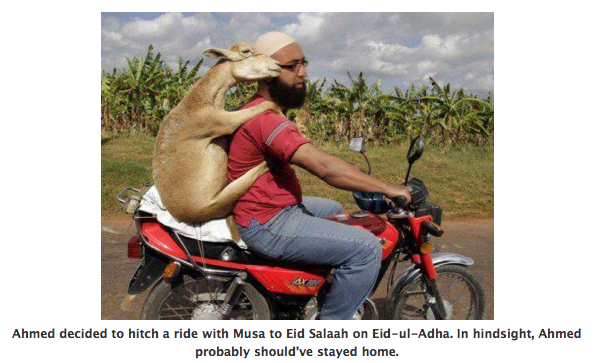 But then history took an unexpected turn, and suddenly… Muslims discovered the car. An oil-powered motorized carriage that soon became a dream come true for everyone, especially lazy Muslims who lived miles away.

But shortly after this discovery, the widespread use of the car had untold implications on the historic and iconic journey to the masjid for Jumu‘ah, and a vicious disease known as Masjid Parking Syndrome began to spread through the entire ummah faster than acute-onset Bieber Fever spreading through hormonally-repressed pre-teen girls.

Masjid Parking Syndrome (MPS): a long-term chronic disease of the Muslim body whereupon automobile driving and parking skills rapidly deteriorate when attempting to travel to and park near an Islamic facility.

A classic example of the disease presentation is shown below: 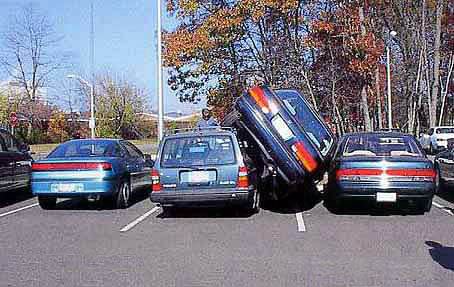 Masjid Parking Syndrome is an extremely widespread disease, found to be contagious amongst entire Muslim communities who reside in areas of the world where cars are the primary mode of transportation.

The disease is mainly found in suburban masājid with small parking lots, but is compounded to horrific levels in inner-city masājid, where every Friday afternoon the very city streets fall prey to a swarm of parking space-hungry Muslims hunting for a spot to show off their cringe-worthy “gracefulness” at parallel parking: 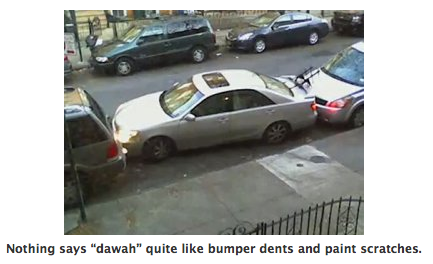 Now, we know what you’re thinking – “how do I know if I’m at risk for developing this disease?!” Well, if you’re already driving your car with the same level of coordination as a blind-folded giraffe wearing roller-skates, then being at risk for parking ridiculously at the masjid is probably the least of your worries.

But if you consider yourself a decent driver, then MuslimMatters has compiled a few risk factor charts that may come in handy for you. 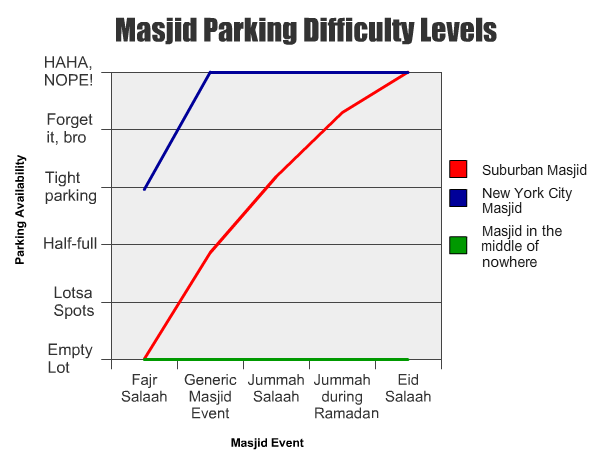 As you can see, the bigger the attendance level, the fewer the parking spot availabilities, and the more desperate Muslim drivers get. And if you think that’s bad? One of the biggest risk factors is tardiness. Muslims are almost always perpetually late to pretty much everything, and Jumu‘ah is no exception: 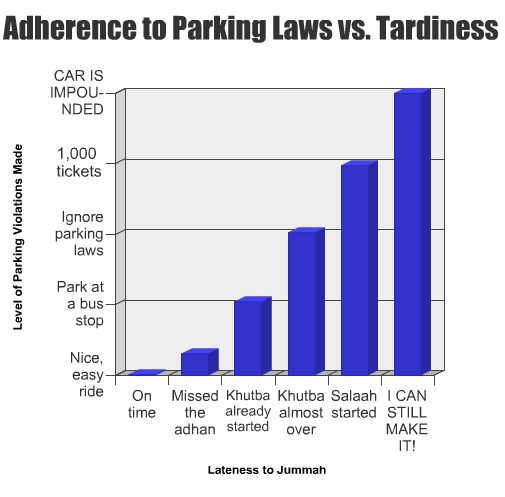 The actual symptoms of Masjid Parking Disorder are fairly easy to catch. You simply show up for Jumu‘ah or ‘Īd ṣalāh and you should almost naturally be welcomed by horrific scenes of the worst parking jobs imaginable. As we noted clearly above, the later you arrive to the masjid, the more extreme the parking symptoms become: 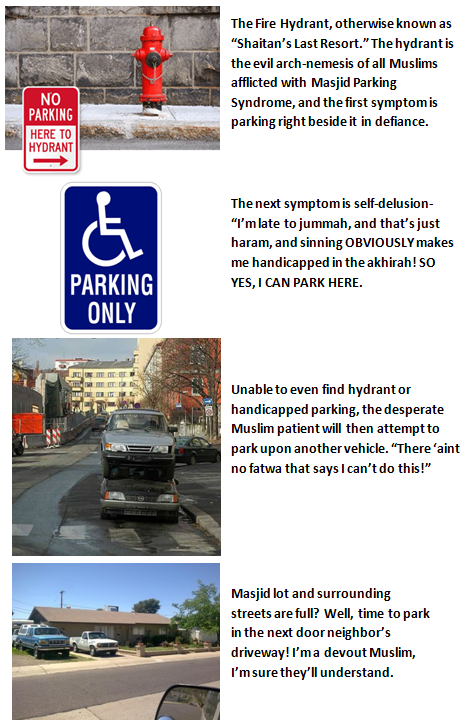 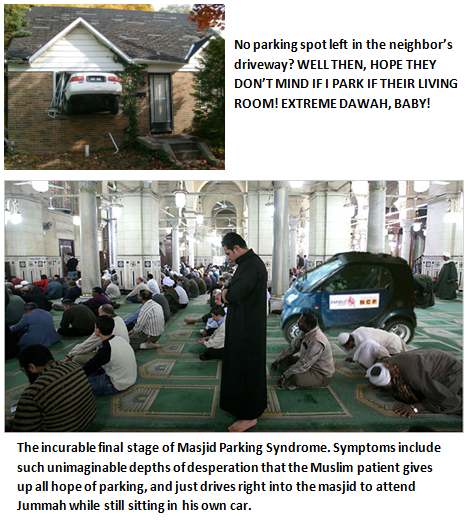 While the disease is not fatal to the patient, it is extremely harmful to surrounding bystanders, damaging to other vehicles, and profoundly irritating to all other masjid attendees who are tortured by constant interruptions from the masjid board members:

How do you even treat a disease this deeply rooted in our community? Unfortunately… no complete cure currently exists for Masjid Parking Syndrome. Some Muslim physicians have suggested prevention as the best form of halting the spread of this syndrome, and have gone so far as to even start patients on more natural treatment regiments that return us to our roots, such as riding camels to Jumu‘ah: 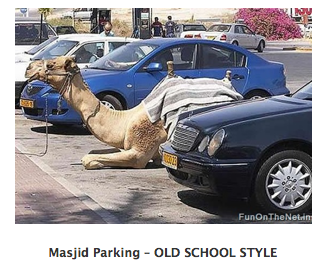 The treatment seemed to go well at first, but the reaction of the camels, however, was rather unexpected: 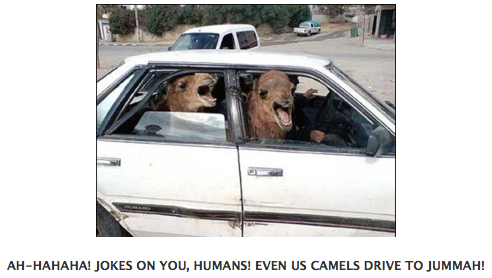 Prevention is always the best means of treatment, and for this rather unfortunate affliction in our community, a reminder of the sheer brilliance of the blessings showered upon those who arrive early to Jumu‘ah is brought to mind:

narrated that the Messenger of Allah

Jumu‘ah isn’t an event that suddenly pops out of nowhere for us, so it’s best to prepare for it in advance every week to take full advantage of its blessings, and avoid the usual rush of Muslims arriving late for it and resorting to parking violations just to attend. Also, it’s pretty obvious that the Jumu‘ah rush takes a huge toll on the patience of the neighbors surrounding the masjid, and proper adab for a Muslim community is to follow the example of the Rasūl

Parking may seem like something trivial to most Muslims, but Islam places such a big emphasis on the manner and timing of our arrival to Jumu‘ah, so we should pay the same respect to that too. Follow in the footsteps of our great ṣaḥābah and our Prophet

, and park a little farther from the masjid to reap the rewards of every step taken towards His House.

On the (Egyptian) Road Again: The Trials of Cairo Traffic