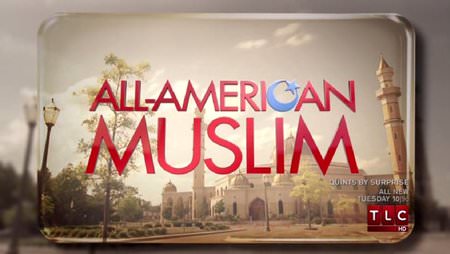 Originally posted on Ruth’s blog in the Houston Chronicle

The blogs and news sites have been busy assessing Sunday night’s debut of the new TLC reality show “All American Muslim.”   Many Muslims are disappointed by the lack of diversity; in fact, that’s probably the most common complaint about the show that I’ve heard.

The show’s title is misleading.  It is not a pioneering study of the lives of Muslim Americans. It is a bid to entertain us with the stories of five families of Lebanese-Americans in Dearborn, Mich.

Put the show in context: It is produced by the same company that chronicled Sarah Palin’s “everyday life” and the tasteless “Toddlers and Tiaras.” 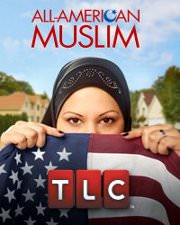 I am a hardcore reality TV watcher.  I’m familiar with TLC’s formatting. Their bread and butter is programming about the odd, uncommon or extremely challenged.  Its fare includes “Hoarders” (and its criminal cousin, “Animal Hoarders”), an exploration of people with a shocking and disabling psychological disorder.  In essence, the people whose lives and relationships are inescapably challenged write their own scripts.  I do give TLC credit for minimizing freak show voyeurism and incorporating a healthy amount of compassion in their coverage.   We witness Bill and Jen of “The Little Couple” facing challenges ranging from how to comfortably sit in restaurant seats as tall as they are to strategizing fertility options.  If you are interested in people, you’ll find a takeaway from most of these shows.

The other type of reality show is the contrived “Real Housewives” brand.  TLC doesn’t produce the Housewives shows, but they do use similar editing techniques.  The dialogue isn’t always linear and the scenes aren’t always in context.

And the producers clearly alter their subjects’ lives.  Jim Bob Duggar doesn’t support his family of 21 by picking up a briefcase and driving to a 9-to-5 job, yet after a couple successful seasons the family moved to a huge house more accommodating of their needs. I loved Jon and Kate when they shopped at Sam’s Club.  When Kate became an organic food snob I didn’t really care anymore.  What was under the microscope became something TLC contrived.

So knowing how reality TV is done, I didn’t expect much from “All-American Muslim.”  However, one story really engaged, and disturbed, me: Jeff McDermott’s conversion to Islam. Jeff is engaged to one of the main characters, and the show reveals that he plans to convert to Islam.

I am a convert to Islam, and I know many converts’ stories, often starting with their very first interest in Islam. Not a single one of them came to Islam lightly.  For many it involved loss: loss of tradition, loss of family relationships, loss of certainty in what one was raised with.

The show presented Jeff’s conversion as expedient rather than heartfelt, something meant to make his bride’s family happy.  I’m not going to comment on Jeff or the other characters because I don’t know them.  I take issue only with how his conversion was portrayed.

Two aspects of conversion to Islam were emphasized: how easy it was to do and how challenging it was to his mom, who is presented as a lone figure in the midst of a huge extended family.

“I feel like this is all crashing in on me,” we see her weep – but unfortunately we get few other details.  She makes simple remarks about change, but seriously, an Irish Catholic converting to Islam is a big deal, and we only hear from her that Jeff is a “big boy” who can make his own decisions.  But through her tearful confessional shots I had to wonder if her heart was breaking and we just didn’t know it; instead we got an eyeful of the belly dancers at the couple’s wedding.

We don’t ever get a full understanding of Jeff’s experience either.  We see him sit in the backyard with his future father-in-law, who slips him a phonetic cheat sheet so he can practice saying the Arabic words that will enter him into Islam.

Yes, it is easy to convert to Islam.  As the show points out, all it requires is to say the shahadah: to bear witness that there is only one God and that Muhammad is His messenger.

But it’s not that simple.  The Prophet Muhammad (peace be upon him) said that all actions are by intentions.  I can’t comment on Jeff’s heart and I pray that he was sincere, but the show presented his conversion as a cultural thing, which is quite different from saying the shahadah intending to submit to God, which is the definition of Islam.  The story of the Muslim convert – especially an “all-American” one – is a story of challenge, and the most disappointing thing about the show is that we don’t get any real insight into Jeff’s experience.

“All-American Muslim” is about five Lebanese-American families in Dearborn, and I’ll leave it to that demographic to decide if the show reflects their lives accurately.  My expectations for the show aren’t high, but I’m pulling for Jeff.  He has the most to lose by sharing his story on the airwaves, and I hope TLC – and the viewers – turn a compassionate, rather than a voyeuristic, eye toward him.

Interview with the Producer of “Fordson: Faith – Fasting – Football”