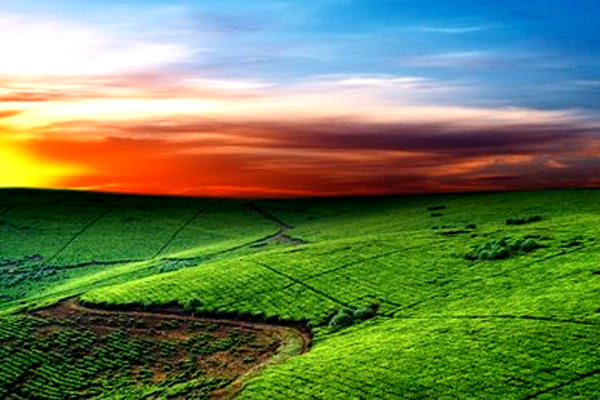 If you’ve been putting off your dreams because you feel that you don’t have enough money to get started, or don’t have the necessary education or qualifications, I’ve got news:  you may never have what you need to feel ready.

Do you think any of the Prophets felt ready when they were chosen? The Messenger of Allah Muhammad (sws) received the first revelation, then ran home and hid under a blanket. The Prophet Musa (as) was confused and frightened when he entered the valley and heard a voice commanding him:

“Verily! I am your Lord! So take off your shoes, you are in the sacred valley, Tuwa. And I have chosen you. So listen to that which is inspired to you. Verily! I am Allah! La ilaha illa Ana (none has the right to be worshipped but I), so worship Me, and perform As-Salat (Iqamat-as-Salat) for My Remembrance. Verily, the Hour is coming and My Will is to keep it hidden that every person may be rewarded for that which he strives. Therefore, let not the one who believes not therein (i.e. in the Day of Resurrection, Reckoning, Paradise and Hell, etc.), but follows his own lusts, divert you therefrom, lest you perish.” (Quran, Surat Taha, 12-16)

When Musa threw the staff down and it became a snake, again he was frightened. Allah directed him to have courage, and pick it up, and when he touched it, it was restored to its former shape. When he was commanded to go to Egypt to free the Israelites and reform his people, he felt unready for this mission. He had a speech impediment and was afraid that he would not be able to speak convincingly. He sought permission from Allah to take his brother and fellow Prophet Harun (as), who was an eloquent speaker. Permission was granted.

This illustrates another important point – that everyone needs a wingman sometimes. We’re not always strong enough to do it alone. Sometimes we need a friend, an ally, a supportive spouse, just one person who believes in our mission and is willing to help, or just put an arm around our shoulders and say, “I believe in you.” If you have someone like that, he or she is a treasure and a secret weapon. 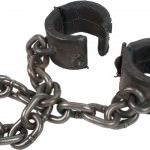 When it comes to the most important things in life, no one is ever ready. All you can do is stand tall, build a bonfire of resolve in your heart, and move. The time to do what you dream is now. Consider Abu Bakr (ra), who clearly knew how to embrace opportunities. When he saw the slave Bilal (ra) being tortured, he bought him from Umayyah bin Khalaf and freed him. He freed many other oppressed Muslim slaves in the same way. When Abu Bakr’s father saw this, he said: “My son, why are you buying these weak slaves then freeing them? Why don’t you at least keep them so that you can make use out of them?” Abu Bakr replied: “My father, I am only doing this to seek the Countenance of Allah.”

The Messenger of Allah (sws) told us that a man was granted Paradise for removing a thorny branch from the path. A prostitute was forgiven all her sins and granted Jannah for giving a thirsty dog a drink of water. Another man was granted a house in Paradise for donating a date tree to a poor family.

No good deed is insignificant, for it could be the grain of sand that tips the scale and saves you. No worthy project is too small, nor is it too large if you start with a single step, focusing only on executing that step well. When I face a large project, whether website development, writing, or cleaning a kitchen mess, I tend to get overwhelmed. So I narrow my focus and I tell myself, just do one thing. I do the one thing, then pick one more thing, and another, then I look around and SubhanAllah, the job is getting done!

If you find yourself disturbed by events around you – whether internationally, in your community, or within your family – and thinking, “Someone should do something,” well, you are the someone. You see the need, you have the capabilities that Allah gave you as His representative on earth, you have the same brain, heart and opposable thumbs as anyone else. You’re it, bro. It’s you, sister.

Yes, someone needs to raise funds for our starving brothers and sisters in Somalia, Syria, Yemen and other places. Someone must speak on behalf of political prisoners, educate people about Palestine, start a Humanitarian Day event in the local community, adopt Muslim orphans, establish Islamic institutions, represent Muslims in the media, write Muslim novels, make documentaries…

If not you, then who?

If you’ve been thinking of writing a book, or pursuing a graduate degree; or if you’re a medical practitioner and you’ve been contemplating going overseas to work with Doctors Without Borders; or if you’re interested in campaigning for human rights, doing da’wah, learning Arabic, studying martial arts, getting in shape, or improving your eating habits…

If not now, then when? 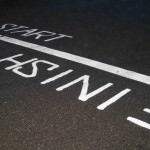 The time is now, the place is here, the person is you. You are hereby appointed. Fulfill the mission that Allah has placed you here to do. Exercise your unique talents fee-sabeel-illah. You’ll never hear a starting gun telling you to sprint. Just do it, slide one foot forward – cautiously if need be – then the other, and you will find yourself progressing toward your dream. Don’t worry about having all your resources in place before you begin. Don’t let thelack of funds stop you. Dr. Norman Vincent Peale, the American minister and best-selling author said, “Empty pockets never held anyone back. Only empty heads and empty hearts can do that.”

Don’t be stopped by naysayers. Remember what Allah said to Musa: “…let not the one who believes not therein but follows his own lusts, divert you therefrom, lest you perish.” Do what’s in your heart, and don’t listen to those who would cut you down, mock you, or doubt your ability.

Raise your children as Muslims. Often Muslim parents do not actively teach their children the deen, thinking that the children will somehow pick it up by osmosis. Or they fool themselves into thinking that dropping the kids off for Sunday school at the Masjid is sufficient (it’s not). Don’t wait, and don’t count on anyone else to educate your children. Remember that your children do not belong to you, but to Allah. They are an amanah (a trust), and you are their shepherd, so raise your flock well. The time is now, and you are the person. Make time for your kids, teach them by example and by textbook, raise them with care as you would a garden.

So many of us want to be better Muslims. We envision a time in the future, near or far, when we will give up bad habits, perfect our salat, memorize more Quran, worship more fully in Ramadan, and ready ourselves for Jannah. And yet that time does not arrive… we’re not quite ready… But the Messenger of Allah (sws) said,

This is the moment, while you have your youth, health, wealth, time and life itself. None of us is assured another sunrise, or another evening on this earth. Death waits for no man or woman, but comes upon us on the wing, like a raven in the night.

The time is now. The place is here. The person is you.

Eight Ways to Increase our Love of Allah