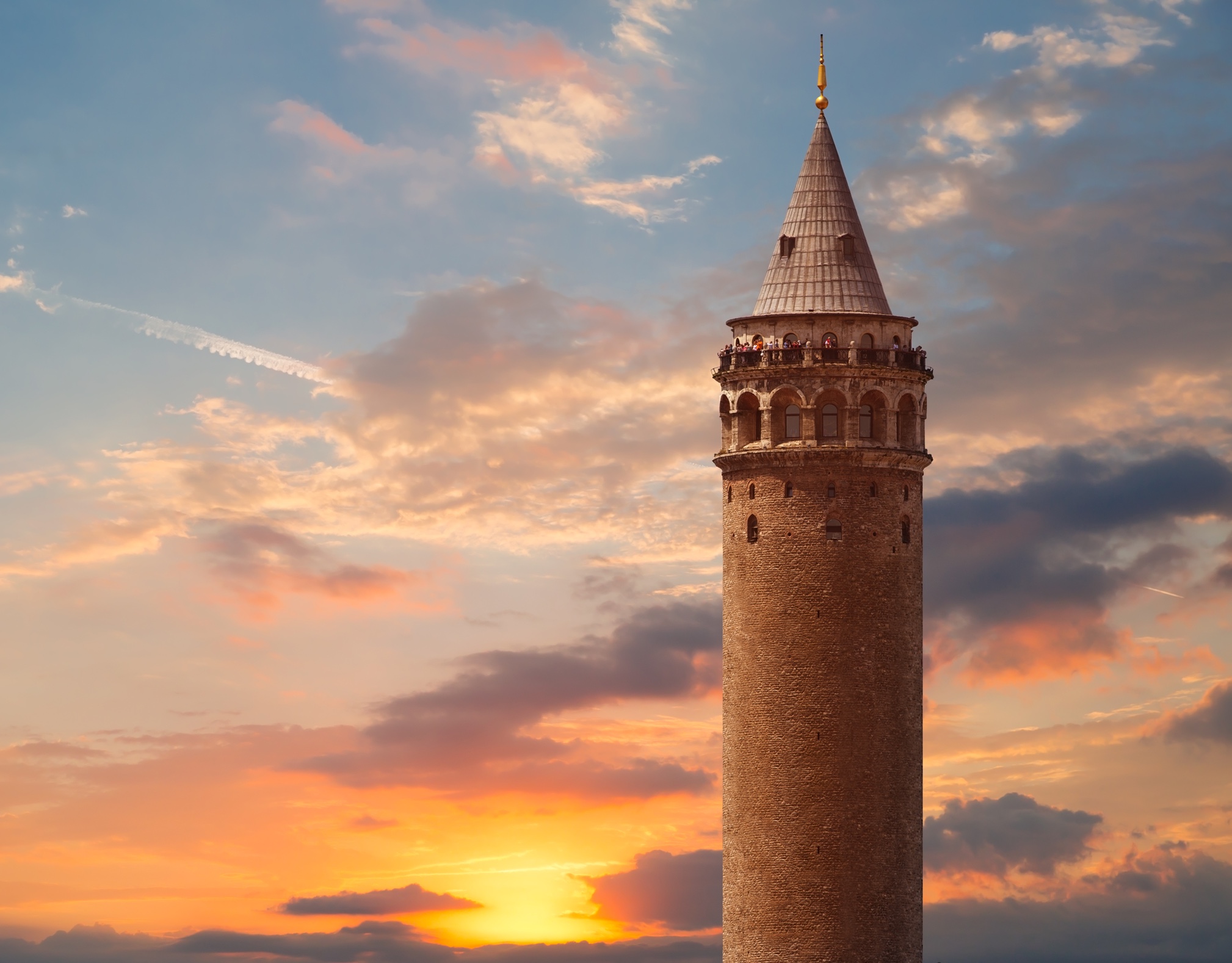 You’re standing in front of a tall Tower. You reach out and feel the foundation; it’s real enough. You rap against it with your knuckles and the solidness of it kind of hurts, send shivers into your hand. You pass your palm along the wall and it is smooth, flawless. There is no question at all about whether the Tower exists. You smile to yourself and lean against the building whistling a happy tune.

Then someone comes along and looks at your Tower. They pay no attention to the nice, strong foundation, but they look up to the sky where the top of the Tower vanishes and ask, “So, what color is the roof?”

You’re a little confused. “The roof?” you say, “I don’t know. I’ve never been that high up. I don’t know about the roof. Some one else around here might…”

“How about the windows? Does this Tower have windows?”

“Hey, who built this Tower anyway?” the person cuts in, “And what’s it made of? I heard it’s nothing but matchsticks, and it could come crashing down at any second.”

Questions come at you rapid-fire, so many questions that you don’t have answers to – about cornices on the tenth floor that you’ve never seen, about building permits you know nothing about, about carpets in halls and rules about living there that you didn’t know existed. You shake your head, bewildered. Seeing you distressed, the person smugly smiles and then wanders off.

You sit down on the ground and put your head in your hands, thinking. It seems as though you know so little about the Tower. You were so sure about it, and then this person comes along and shows you how little you know after all. I mean, does the Tower even have windows? What color is the roof?

You thought you knew it all. But now you’re not sure. So much is unknown to you, and from where you stand at the bottom of the Tower you have no way of finding out. You try to see the top of the Tower but it curves away from you, high into the clouds. You look for a long time, straining to see the windows, wondering about the roof.

You finally start walking around the base of the Tower, looking for answers. It’s tremendously wide, and along the walls you find people leaning against it that you never knew were there. You ask one of them, “So, what color is the roof?”

“The roof?” the man says, “It’s blue. And anyone who tells you otherwise doesn’t deserve to lean against the Tower like we do.” A few people who are leaning on the wall beside him nod. Then you hear a voice coming from a few feet up the wall.

“Infidel!” someone cries. “The roof is green!”

The man and his followers call back,  “Blue!”

An argument begins that you have no desire to hear. You walk away. Still walking, you come upon a group of women who have their backs turned to the Tower. They see you coming and roll their eyes.

“Excuse me,  I was wondering if you knew whether the Tower had any windows?”

“Windows?” a woman sneers, “Did you know that in this Tower women are not allowed to look out of the windows!”

“So there are windows then?”

“I’ve heard that the windows are round,” another woman says, “But so high from the floor that no woman could ever look through them.”

“Oh don’t be silly,” the first woman says,  “If there are windows they’re square. The saint in my village told me so.”

The women’s voices are harsh, they seem to grate against your nerves. You back away from them and start running, trying to put as much distance between you and the fighting as possible. In your haste, you bump into a old man who had been standing with his forehead on the Tower. He falls to the ground.

“I’m alright,” he smiles, standing and dusting himself off. “What were you running from? Is everything alright?”

In the distance the women are screaming at each other and words like liberal, conservative, hypocrite, and kafir are being thrown about. Your knee is bleeding. You look again at the old man, concerned you might have hurt him when you knocked him over.

You look at your palms. They’re scraped and there are little rocks embedded your skin.  You feel tears come to your eyes.  Things are not alright. You shake your head and feel a build-up of frustration that is bursting to come out. Just as you open your mouth, you see a movement out of the corner of your eye. It’s the first man, the one who had asked about the Tower’s roof. He waves.

“Me again,” he smiles. “Did you ever figure out what color the roof on your so-called Tower is?”

You look to the old man. He shakes his head. “You know that I don’t care what color the roof is.”

“Come on,” the other man challenges, “How can you pretend to believe in this Tower when you don’t even know about the roof. I bet you never figured out the windows either.”

“You’re right,” the old man says calmly. “And I’ve sometimes wondered but frankly it’s not that important. The Tower stands whether or not there are windows. The Tower is strong no matter what color the roof.”

The other man looks irritated. You look at the old man. He doesn’t seem at all frustrated or confused by his lack of knowledge.

The other man walks away.

The old man smiles and turns again to lean with his forehead against the wall. He seems at peace, content with how he stands.

“But the roof,” you whisper, “How is it that we know nothing about the roof?”

The man turns so that he is facing you, and he leans with his shoulder instead of his forehead.

“And so what.  I have learned all I can about the foundation of the Tower. I have learned that it is smooth, it is flawless. It is rock-solid, immovable, and undeniable. Not knowing what color the roof is doesn’t mean the Tower’s not here.”

You drop your hand to one side and let your fingers graze the foundation. It’s still there, firm and cool to the touch.

The old man continues. “So they ask you about the windows. They asks you about the roof. You don’t know.  But I have never known what shape the windows are, what color the roof, where Allah came from, or whether or His Face is a face any more than His Hands are hands.

The old man smiles at you gently and then points to the Tower.  “The foundations lay in the creation of the earth itself, and the roof is so high not even the stars can see it. Are you higher than the stars? Or older than earth itself?”

You shake your head.

“Don’t worry about the windows. You can ask Allah when you meet Him later.”

You nod and smile.

You lean against the wall.

You whistle a happy tune.

Related Topics:short story
Up Next