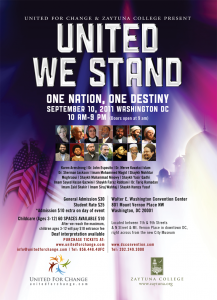 United for Change was created to galvanize the Muslim leadership in North America to take on issues that are too large for any one individual leader, organization or group to effectively address. In our first two conferences we have called attention to the issue of Malaria in Africa and practical steps needed to preserve the integrity of the family. This year marks ten years since the attacks of September 11, 2001. It also marks the beginning of what promises to be a hard fought presidential election. These issues combine to point towards Islam and Muslims once again being in the spotlight, in a way far more intense than that which occurred during the 2010 midterm Congressional elections. We all remember how elements in the Republican Party made Islam a wedge issue during the 2010 midterm elections, and the ensuing significance of events such as the Park 51 Mosque controversy and the national attention generated by Terry Jones’ proposed “Qur’an burning”.

Now, with the stakes much higher, we find the nation at a critical turning point in its relationship with Islam and Muslims. To help contribute to a wholesome and beneficial discourse around issues related to Islam, Muslims and the future of the United States, and more importantly to present clear and practical steps to move the nation forward as a positive force in the world, United for Change presents its most ambitious project yet. “United We Stand: One Nation, One Destiny” is a program in which leading intellectuals, activists and visionaries from the United States, Canada and Europe will outline the parameters of a new discourse and the points of a new program, which, if adopted will help to steer America and the West away from a potentially catastrophic collision with the Muslim world. 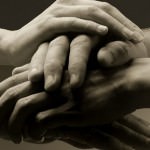 Among the themes we plan to emphasize under this title, “One Nation: One Destiny,” are those of compassion, mercy and unity. One could rightfully ask, “What is the relationship between these various, seemingly disparate elements?” We answer that compassion and mercy are fundamental to unity. When our compassion for others moves us to a willingness to sacrifice our interests, priorities and even our wellbeing, in some circumstances, in order that the other may prosper, we are laying down one of the most fundamental foundations upon which we can build a unified nation. Such sacrifices embody the very essence of mercy.

For Muslims, this is an integral part of our religion, even though we may sometimes act as if that were not the case. In describing the helpers (Ansar) whose sacrifices made it possible for the emigrants (Muhajirin) to prosper in Medina after their migration from their homes, families and livelihoods in Mecca, Almighty God mentions, “…they gave preference to others, even though they themselves were experiencing dire need (59:9).” In others words, their love and compassion for their brothers and sisters in faith led them to undertake the acts of kindness and mercy necessary for their eventual prosperity. It also led to their ability to establish a stable and viable polity.

This spirit of sacrifice for the good of others and the perpetuity and stability of the polity is not unknown here in the United States. It is the very spirit, which among other things, has built the world’s finest network of public universities and colleges. The citizens making the commitment to fund such projects in many instances were too old and advanced in their careers to attend such universities. However, they were not thinking of themselves; they were thinking of future generations of Americans and the future of the country, and were willing to make great sacrifices for that future.

In our own times we have seen how extreme selfishness, the narrow-minded, uncompromising pursuit of conflicting political agendas and a general lack of compassion and civility are eroding the unity and undermining the civic spirit of our nation. As a result, we see the steady corporate takeover of our public universities, the erosion of our once unrivaled public infrastructure, the decimation of our educational system, the destruction of our trade unions, an undeclared war on the poor, sick and elderly and the demonizing of politically weak segments of our population—Muslims and immigrants — for petty political gain.

As Muslims, we wish to use this program to declare in a clear and unambiguous voice, we will not allow the spirit of our times to rob us of our compassion. We will not allow the merciless distortions of our religious teachings, and the base caricaturing of our community to lead us to respond to the challenges of our day in a merciless fashion. Each of the 114 chapters of the Qur’an, with one exception, opens with the declaration, “In the Name of God, the All Merciful, the Mercy Giving.” Our Prophet, peace be upon him, is described as a mercy to all the worlds. These are reminders to us as to what the foundation of our lives should consist of. 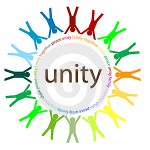 United we will stand, and united we can work for meaningful solutions to the nagging problems of our day. Those solutions are not utopian ones, nor are they easy. They are difficult solutions that will only be effected by overcoming daunting obstacles. However, if we can approach those obstacles as one nation, moved by a sense of a shared destiny, spurned onwards by compassion and mercy, we can overcome them. Hopefully, this conference will be part of that momentous process.

Muslim Youth and the London Riots: What Can YOU Do?