Brian Haw was an English peace campaigner and activist. He spent the last ten years of his life camped outside the Parliament in London protesting against any perceived injustice. His one man vigil made him into a celebrity in the UK where his tenacity and determination won him widespread admiration. He died of lung cancer on the 18th of June 2011.

Even nerds need fresh air every once in a while. And so it was, on a balmy Thursday evening – a couple of friends and I found ourselves eating ice cream in Central London. Excited about the prospect of doing something interesting for a change, we had left the university dorms without a clear plan. Our lack of imagination coupled with our determination to not eat fried chicken for the fifth time that week meant that our options were limited. After we had satiated our desire for expensive frozen milk, we decided to walk back to the car near Parliament square when we passed him.

Even on this dark night, it was hard to miss Brian Haw. Standing on the pavement, surrounded by posters and pictures, he cut an imposing figure. After reading the signs and posters, one of my friends (who was either extremely witty or just a bit slow) asked Brian “so…what are you doing here?” His face turned red and we were soon treated to his legendary sense of indignation. “What am I doing here? What am I doing here?” he screamed at us. “No my friends, you need to ask yourself, what are YOU doing there?” And so began a 5 minute diatribe about the how it was a moral obligation of us to stand up and speak a word of truth to power, to stop the injustices being perpetrated across the world and to raise awareness for those who could not speak for themselves.

Normally, I would be indignant at someone making assumptions about my level of apathy, but I could not help but be impressed at the moral courage of a man who was willing to stand up for the sake of people he did not know and had no connection to, apart from their being fellow humans. Brian went on to describe to us how things had become difficult between him and his family, how he could no longer work or indeed function whilst he knew injustices on an industrial scale were being carried out across the world. As the rain began to pour ever harder, we said our goodbyes and left him on his lonely vigil.

said, “the believers in their mutual kindness, compassion and sympathy are just like one body. When one of the limbs suffers, the whole body responds to it with wakefulness and fever.” Although we may disagree with his method and even his politics, it is hard to get away from the fact that Brian lived that hadith like few Muslims do. Whilst we were busy on Facebook, Twitter and YouTube – he was out there. As we built our careers, obsessed over who we would marry and which car to buy – he was out there. Whilst we showed little trace of awareness, let alone wakefulness or fever for our “brothers and sisters” suffering across the world – he was out there. 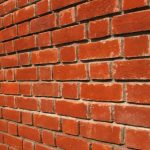 said, “the relationship of the believer with another believer is like (the bricks of) a building, each strengthens the other.” By extrapolation, our lack of interest, awareness, unity and purpose for our Muslim brothers and sisters across the world is an indictment of our state as believers.

Nearly ten years after leaving everything in his life behind to sit on a curb outside Parliament, Brian Haw died of lung cancer. Although he wasn’t a believer (as far as we know) in many ways Brian embodied the brotherhood that we sorely lack in the Ummah today.

What you can do for Aafia this Ramadan