What’s in Your Ear? is an occasional Saturday series where we ask Muslims, both ordinary and extraordinary, a few simple questions: 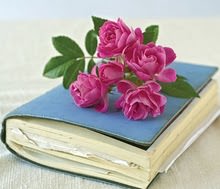 1. What are you listening to?
2. What are you reading?
3. What are you watching?
4. What technology are you rocking, Mac or PC? Kindle, iPad, Android phone, etc?
5. What’s the best piece of advice you’ve received or an advice you have for MM’s readers?

WIYE profile: Fatima Barkatulla began studying Arabic and Islamic law in Egypt at Al Azhar University and is currently a lecturer for iERA (The Islamic Education & Research Academy). Barkatulla has written for the The Times as well as contributed to Times Online’s Faith section on topics promoting understanding Islam from an Orthodox perspective. She has also contributed to numerous Muslim publications and is currently a columnist for Sisters Magazine. She has contributed to many documentaries and live shows including for the BBC, Islam Channel, BBC Radio 4 and other local radio stations. She presents the annual ‘Ask about Islam’ show on Ramadan Radio.

The following is transcript of the interview, which includes slight modifications for the sake of readability and clarity.
—

[iMuslim]:  So, we’ll get straight into it.  What are you listening to at the moment?

[iMuslim]:  Next question – what are you reading?

[FB]:  I’m reading some English books, and I’m reading one Arabic book at the moment.  I’ll start with the English.  With the English, I’m reading the book Al-Muhaddithat: The Women Scholars of Islam by Muhammad Akram Nadwi.  I’m really enjoying that; it’s a very thought-provoking read.  I’ve also been reading Khalid ibn Walid by AI Akram, which is a beautiful biography of Khalid ibn Walid, and it is written in a very approachable style.  I didn’t think I’d be interested in sort of military things, but after reading this book, it’s amazing and it brings each battle to life masha’Allah, so I’m enjoying that.

In Arabic, I’ve been reading and studying Ummdatu’l-Fiqh, which is a basic Hanbali fiqh manual, and I’m studying the explanation of it.

[iMuslim]:  The next question is:  what are you watching?

[FB]:  I don’t have a TV, but I do like to watch things when I can online.  I try to catch up on Shaykh Haitham al-Haddad’s Zaad Al-Ma’ad lectures which you can find on zad.org.uk I think.  I always find Shaykh Haitham’s insights very interesting and often in our times very unique masha’Allah.  Also, I’ve been watching the explanation of Ummdatu’l-Fiqh with AlKauthar Institute’s Student Guild.  We have these online lectures that we watch and take notes from regularly.  In terms of other media or other programs, I have found this wonderful series called Wonders of the Solar System, which I was watching on the BBC iPlayer and it is by Dr. Brian Cox, and he is a famous physicist here in Britain.  I just found subhanAllah a whole documentary about the sun and so many amazing things about the sun that you don’t read in books and just amazing facts about the sun that really increase your iman.  I just found the whole series – even though he kept referring to nature almost in a very atheistic tone – still, for me it increased my iman in Allah (subhanahu wata’ala), so I found that very beneficial.  That’s basically some of the things I’ve been watching.

[iMuslim]:  Ok, great.  The fourth question is, what technology are you using?

[FB]:  I just have an ordinary PC really.  I have a laptop and recently got a Blackberry which I try to not use all day because I find that phones with e-mail and these things on them can kind of distract you from life, really.  So you have to be very careful and plan at certain times to check e-mail and things like that.  Because of that, I have a Blackberry but try not to have it on me constantly.  There is something kind of nice about not being permanently contactable.  I think it gives us more space to think.

[FB]:  I think at different stages of your life, you receive advice that strikes you in different ways, you know.  Recently, I think a piece of advice that affected me a lot was one that Shaykh Haitham gave us once.  He said that when we die, we won’t be able to benefit ourselves anymore at all.  It really affected me when he was talking about this topic and he was saying we have got to do things right now that will benefit us after our death.  I think if we focus on that, whenever we are thinking of doing something or taking on some project, if we could think of the things that would have that sort of long term effect, even beyond our graves, I really feel that is where we should put our energies.  That is really the advice that affected me the most:  the idea that when I die, it all stops except for what my hands have put forward.

As for advice that I would give, I think that we are living in very confusing times where there is a lot of propaganda around, and there is a lot of forces at work.  It is easy to get pulled in, and it is easy to be deluded and confused in our times.  I think the best way insha’Allah that we can make sure that we stay on the straight path and see reality as it is, is to be around people of iman.  Try and find the people who have the highest iman that we can find that we feel our iman is very high in their company and surround ourselves with those types of people and attach ourselves to scholars who are really firm and who don’t waver under pressure and help keep us on the straight path.  I think that would be my advice.

[iMuslim]:  Great, thank you so much for your time!  Assalamu alaykum.

RE: CNN “Cain’s message — Muslims need not apply” some thoughts on tactics & strategy for US Muslims

My Apology to Lara Logan