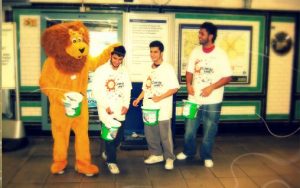 was suffering his final illness, he became too unwell to even leave his room and participate in the congregational prayers. As the Muslims prayed in unison behind Abu Bakr there was a commotion in the crowd. The curtain covering the doorway to Aisha’s room had lifted a little and the Prophet

looked out on his people. He looked out and he smiled, his face beaming with joy. What made the Prophet

smile? I’d like to think that it was nothing other than seeing his ummah united upon Islam. The appearance of the Prophet

was so striking that a wave of excitement rippled through the crowd and the Muslims were in danger of being distracted from their prayers. Then, just as quickly as it had been raised, the curtain dropped. This would be the last public appearance made by a Prophet in the history of mankind. Within hours he

would be no longer with us.

The Muslim ummah stayed united after the Prophet

passed away and it was this unity upon Islam that led an ill-equipped and illiterate nation to conquer the majority of the known world within decades. Although, the unity fractured slightly through the centuries for a variety of reasons, the ummah still existed as more than just a theoretical concept. My, how we have fallen from the heady heights that we used to occupy. Just as Allah used to give us honour and dignity for our unity upon Islam, our wholesale rejection of that very fundamental principle has led to nothing but misery.

But a group of Muslim students in the UK decided that instead of being passive spectators in this destruction, they would stand up and act. They would implement the advice given to us in the Quran, “Allah does not change the condition of a people unless they change themselves.” Just one of the vehicles that they hoped would help bring about this change was a project that would unite Muslim students whilst raising money for orphans and needy children.

After years of hard work, countless meetings, thousands of dollars worth of phone calls and night after night of heartfelt duas – Charity Week was born. The first one took place in 2004 in London and at first only a few universities took part raising £30,000 (over $50,000) – a record for Muslim student fundraising at the time. Over the years, more and more organizations and universities have been drawn to the project and it has grown to encompass most of the universities in the UK and Ireland through the efforts of organizations as diverse as Islamic Relief, Federation of Student Islamic Societies (FOSIS) and the University of London Union Islamic Society (ULU ISoc). This year, the 7th Annual Charity Week has raised over £370,000 (more than $1/2 Million) so far.

Impressive as the amounts raised are, heartening as it is to see the exceptional dawah opportunities being harnessed during it, amazing as it is to watch Muslim students having fun and being innovative on a scale previously unprecedented – these accomplishments are small compared to the real barakah of Charity Week. That barakah is nothing less than unity upon Islam, that precious commodity that we lost so long ago and that lies at the heart of many of our problems today. Seeing brothers with big beards and those who are just getting to grips with Surah Fatiha work together, watching a sister without hijab have her preconceptions of covered sisters broken down by organizing the same fundraiser and vice-versa, having a committed Tablighi brother work in perfect harmony with the Salafi khatib – these are things that money cannot buy. 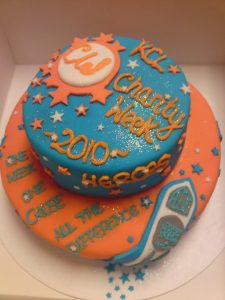 is one. It is time that the ummah was one once more.

We hope that if the Prophet

was alive today, he would see with happiness the legions of Muslim students wearing the same T-shirt, using the same posters, moving for one cause – despite their different backgrounds and personalities, united upon Islam. We hope that on the Say of Judgment, he

will smile on us just as he smiled at the sahaba all those years ago. Ameen.

The Little Mosque of Hope | Building a Sanctuary in the Arctic