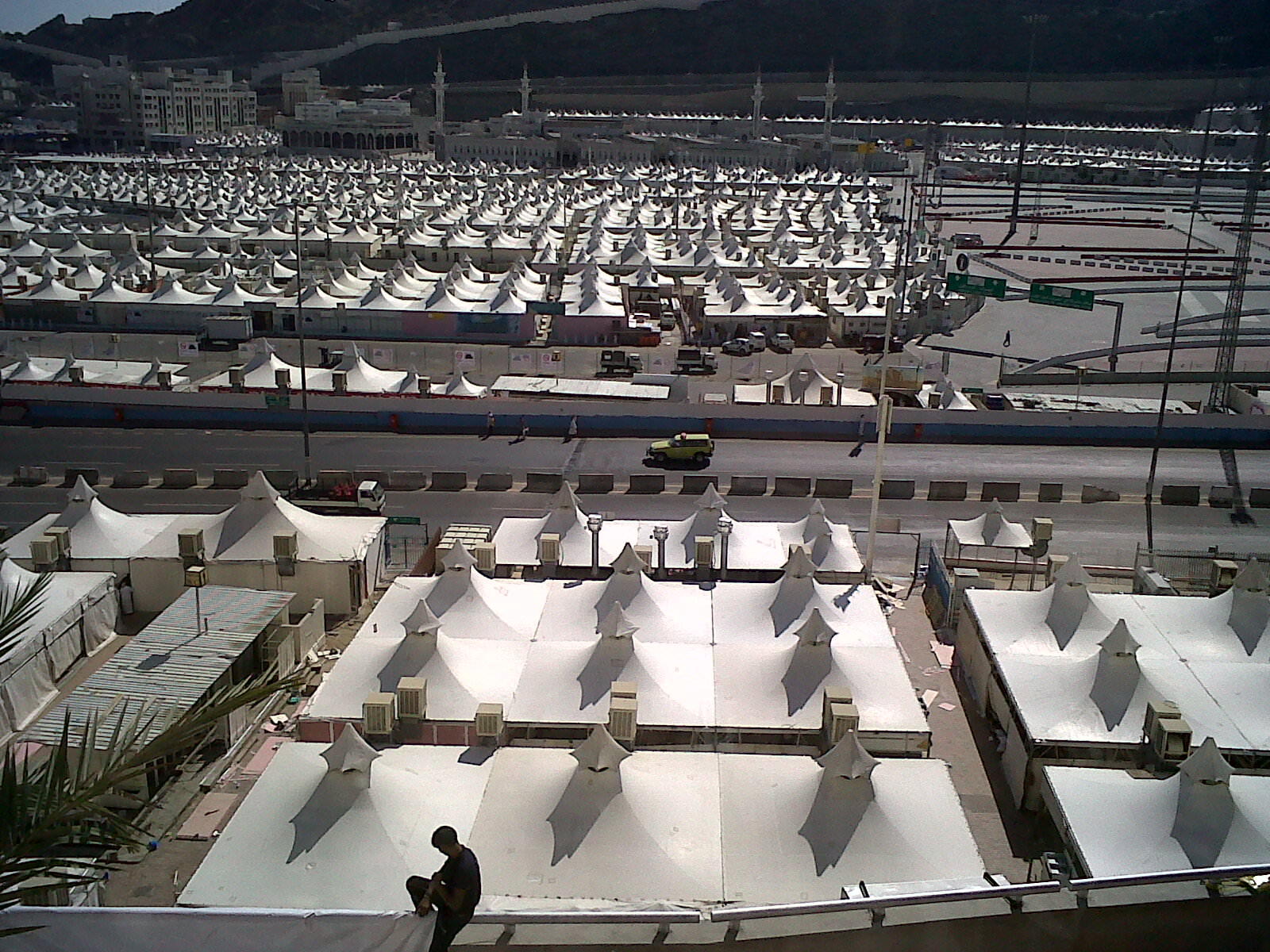 One day I will not quickly forget is the day Dr. Bilal Philips phoned meÂand told me he had arrived for Hajj and was staying in Azizia. He gave me the address over the phone and I decided to set off to go meet him. I was staying in Mina already and taxis were not allowed in Mina at that time so I decided to take a walk after lunch and find my way. 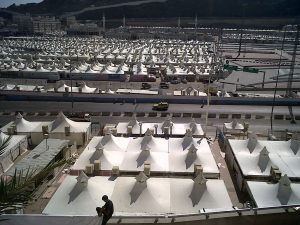 I set off from the hotel walking and after an hour reached Azizia, once in Azizia I asked for directions and started walking in the direction pointed out for me. Unfortunately, the shop owner gave me the wrong directions and I walked for another two hours up and down trying to find my way. It was my first time in Azizia so I was really disorientated. After a while, I got tired and could not get through to Dr. Bilal as my phone was out of credit. I decided to go to a shopping centre nearby to buy some more credits but got hungry and decided to first stop at KFC for a snack.

While I was sinking my teeth into a Zinger Burger, my phone rang. It was Dr. Bilal wanting to know were I was. I explained to him what happened and requested that he text message me the address. He messaged it to me and I decided to get a taxi. Unfortunately, taxis were charging fifty riyals to take me there so I decided to keep walking. I then asked a security guard for directions in my broken Arabic, and his reply “Huwa Ba’eedun Jiddan” (It is very far) made my heart sink.

I stopped and looked around and a taxi stopped in front of me and offered to take me there for ten riyals so I jumped in and went to Dr. Bilal’s area. It took me another half an hour walking around the area to find the actual hotel but by 5 or 6pm I finally got to reunite with Dr. Bilal after more than a year and spent a good three hours in discussions with him about various Islamic issues and the Islamic Online University. I also had the bonus of meeting Shaykh Abu Musa Imran Asif who was also travelling with Dr. Bilal.

After 9pm, I decided to set off on my long journey back to my hotel in Mina, a taxi driver offered to take me to the border of Azizia for ten riyals. So I agreed, unfortunately he dropped me off at the border furthest away from my hotel, which led to another two hour walk back to my hotel. By now, my feet were blistered and my body was exhausted.

During this final lap, I became very tired but had no choice except to keep walking. It was during this last walk, late at night, alone in the streets of Mina with blistered feet that my mind began to ponder over the scholars of the past. They would walk for days, sometimes journey for months enduring blistering heat and scorching deserts, sometimes just to learn one hadith. This walk of mine was not worth much compared to that.

I recalled the stories of Jabir ibn Abdullah travelling to Syria just to verify one hadith from Abdullah ibn Unays al-Ansari and of Abu Ayyub al-Ansari travelling to learn one hadith from Maslamah ibn Mukhallid, then as soon as he learned it, he mounted his camel and begin his journey home. (The Sunnah and its role in Islamic  Legislation, p: 107)

In the past, students of knowledge did not have it easy. Studying Islam was a jihad that required a lot of sacrifice and one had to be self-driven and willing to go through anything for knowledge. Yet sadly, times have changed. Today, so many students complain about the mildest things, from a class being too early, to the teacher not cracking enough jokes. I am not saying teachers must be boring, but I am saying that students need to be less demanding and exhibit a deeper love for knowledge, the kind of love that makes you want to sacrifice for it.

Times have really changed and many of us have become very selfish. In many situations, it seems as if the teachers have become slaves and the students have become bullies. Today, many Islamic teachers do everything they can to make Islamic knowledge as appealing as possible to the youth yet many will still not attend stating flimsy excuses like, “Why is it not free?” “If it is free, it can’t be good,” “It’s too early” and “It’s too late”.

In the past, a six hour walk to meet a teacher and benefit from him was regarded as normal for students. Today, people called me crazy for doing it, after all I have access to him everyday on Googletalk and Skype. But online chatting is not the same as a personal meeting where hearts bond and the atmosphere changes.

The point of this story is for us to reflect on how we treat knowledge and its sources. My teachers in the Darul Uloom always used to tell us, “knowledge will not give you a little of itself until you give it all of yourself.” This is the truth, Islamic knowledge is a precious gift, it is the greatest inheritance, the inheritance of the Prophets, and Allah will not give this inheritance to us unless we prove ourselves worthy of it. Muawiyah (RA) reports that the Prophet (pbuh) said, “Whoever Allah intends good for, He grants him true understanding of the religion.”

We should not complain about minor issues and make excuses to avoid gatherings in which Islamic knowledge is taught. Let us make Islamic knowledge a priority in our lives and something we regard worth sacrificing for. May Allah grant all of us the true understanding of Islam. Ameen.

Like the Prophets, Raise Your Complaints to the Creator