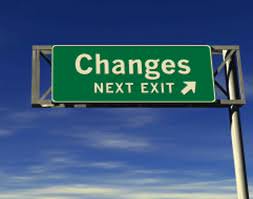 The following practical parenting steps are not in any particular order, but the implications of them can start from a very early age, even before the children turn two.

From the beginning of a child’s life, a parent should constantly be involved and must develop a habit of spending quality time with the family. It is essential that a parent must think of him or herself as a role model for his/her child. Once a child arrives in a household, certain changes must be made by: a) the mother, b) the father, and c) the family as a whole.

Let’s not worry about influencing change in extended family to prevent undesirable influence on our children. What impacts our children most is the influence they receive from direct family, mainly their parents. The battle that many parents feel obliged to take on with their extended family in order to “protect” their children is quite useless and uncalled for.  Of course, da’wah should be given to everyone but from different perspectives and with the correct intentions.

Hide Your Sins from Your Children:

Islam encourages us to hide our sins from others and that includes hiding them from our children too. Therefore, every time we commit a sin and hide it, not only we are reminded that we are indulging in a sin (which should, insha’Allah, eventually lead us to shunning it), but also we will not be setting a bad example for our children either. However, because of their close proximity to us, if they see us do something wrong and confront us, we should not become defensive and feel that our parental status is being challenged. Rather, we should:

In this way we are setting a guideline for them to follow in the future.

Don’t think of instilling Islamic values as a part-time task like karate or soccer, which is done for an hour a few times a week at best. Rather, it should be a way of life, which may start off as a “task” due to our newfound eagerness, but should become more of a routine, like our daily athkaar when waking up, going to the bathroom, wearing the right shoe first, eating with our right hand, saying salaam, etc. We actually reach a point that if we forget, our children remind us.

The instinctive kindness felt towards our children should show more in our actions and our words. What can be taught with simple kindness cannot be taught with unnecessary strictness in the name of “teaching them to respect us”!

“Indeed gentleness is not used in any matter without it beautifying the task, just as removing gentleness makes the matter become  ugly”. (Muslim)

“He is not one of us who does not show tenderness to those who are young or respect to his elders.” (Tirmidhi)

In the same note, this applies to our methods of parenting, disciplining, and child rearing. Any Islamic value that we wish to instill in our child must be taught in a merciful way rather than a forceful way, especially when they are less than five or seven years.

Nevertheless, it is not possible to raise a positive Muslim child without clear disciplinary measures. Setting consequences for their actions teaches children how to take responsibility for them. This may vary according to each action, sometimes being a firm reprimanding, time out, or temporary revoking of advantages (like play time or computer usage), all depending on the child’s age and the seriousness of the act of disobedience.

It is highly advisable that we create a merit chart for children, on which their good and bad deeds are recorded. This idea can be adopted as early as two years of age. Parents can explore their arts and crafts skills and come up with different ideas to develop the behavioral chart. A friend of mine created a tree with ten branches out of construction paper and a bug with her child’s name. The bug would climb up the tree for every good point, and would come down for every bad one. Once the bug made it to the top, her child was rewarded. Sometimes she would switch the bug with a dollar so her child could earn the dollar at the end. For smaller children, set smaller goals with fewer steps to win the final reward.

Not every mistake has to be reprimanded, especially when they are young (up to around the age of seven). However, disapproval must be shown and a warning should be passed out so they don’t repeat the action, especially if it is a “first time” mistake.

At an older age, if the mistake is repeated, then as parents we should carefully consider how severe the mistake was, how disobedient they were and how much remorse they showed, judging of course by the situation and the child’s reaction. Once a fair appraisal is made, a parent can then consciously apply his/her punishment to teach them a valuable lesson and consequently end a habitual repetition of the ‘mistake’.

Lying, the Root of all Problems:

In my humble opinion, lying leads to greater problems and difficulty parenting. It is one of the most serious mistakes that my husband and I have personally been adamantly strict in forbidding, and hence have taken strict actions to prevent it from ever occurring in our household.

What we are not conscious of is that often times we indirectly teach our children to lie in the midst of ‘disciplining’ them! Mothers scare their children with imaginary monsters that will supposedly appear if they don’t finish their food, take their nap, or comply with their parent’s instructions. These are all forms of lies and we have been warned against it:

“Once a mother was calling her child and enticing him by showing her closed hand that she will give him something if he came. The Prophet, sallallahu alihi wasalam, upon seeing this asked her if she really had anything in her hand. The woman replied that she had a date. And the Prophet, sallallahu alihi wasalm, warned that had she haven’t had anything to offer to the child, it would have been a lie.”

Truth must be upheld by parents first and foremost, and eventually will be acquired by children, insha’Allah. It has been my personal experience that although continuously observing the truth with our children takes effort and time, its benefits are great. It helps build parent-child trust, not to mention reflect proper Islamic tarbiyah. For example, when and if I had to leave my child home alone, from the time they were very young, I always gave them an honest report of where I was going. Some mothers prefer to give deceptive answers to make it easy on the child to stay behind such as “I am going to kill a lion” or “there are bad guys outside” etc. Quite frankly, these are all forms of lies.

This is not a trivial matter either because what we model for them is what they learn. In order to avoid a future problem of children lying to their parents, the initial steps of ‘always being truthful to our children’ must be taken. As I said, when a child is born, parents need to make specific positive changes in themselves.

At the same time, parents can be 100% honest, yet children will experiment with the idea of “lying to get out of trouble”. Stay prepared and be wise. As for me,I myself do not go easy when it comes to lying. On this essential belief, I have always made it clear that there are advantages to telling the truth. Thus, if:

When these measures are taken consistently from the time the children are at an early age, it is easier to instill the habit of honesty. This is not to mention the fact that it is easier to catch them in their lie when they are younger!

However, when they are too young (up to around age 5 or 6), we shouldn’t be too harsh but rather only be firm and consistent in our reprimands. After age 7, consequences will be necessary.

Let me conclude this part of the series by advising parents to be flexible with the children. For instance, sometimes we may punish them by revoking a certain advantage for a fixed number of days, but we may see a genuine effort from the child’s side in “being good” and trying to make up for their mistake. In that case, I do not feel necessary that the punishment must be applied as it was determined. I do believe that the good deeds remove the bad deeds,

“Verily the good deeds remove the evil deeds. This is a reminder for the mindful.” (11:114)

This principle should be applied towards the tarbiyyah of our children also. This will encourage the children to follow up their mistakes with good deeds from a very young age, especially when they are informed of why their punishment was lifted/lightened.

This idea may be in contrast to the principle of consistency, but I personally do not conceive parenting to be a “military ground,” and neither do I want parents to be dictators. Flexibility should be applied. Even when the children get older, they should be given room to disagree with their punishment, though with respectful and reasonable objection. This helps the children not harbor any anger against their parents and also enhances their confidence and helps build an understanding with the parents.

Again, every child is different and a parent must make an effort, from a very young age, to get to know his/her child. Parenting guidelines cannot be written in stone and at times we may have to experiment different methods to learn what works best for our child.

Insha’Allah, next week we will continue with more practical steps.

Parenting Series | Part I: Swimming Against the Current