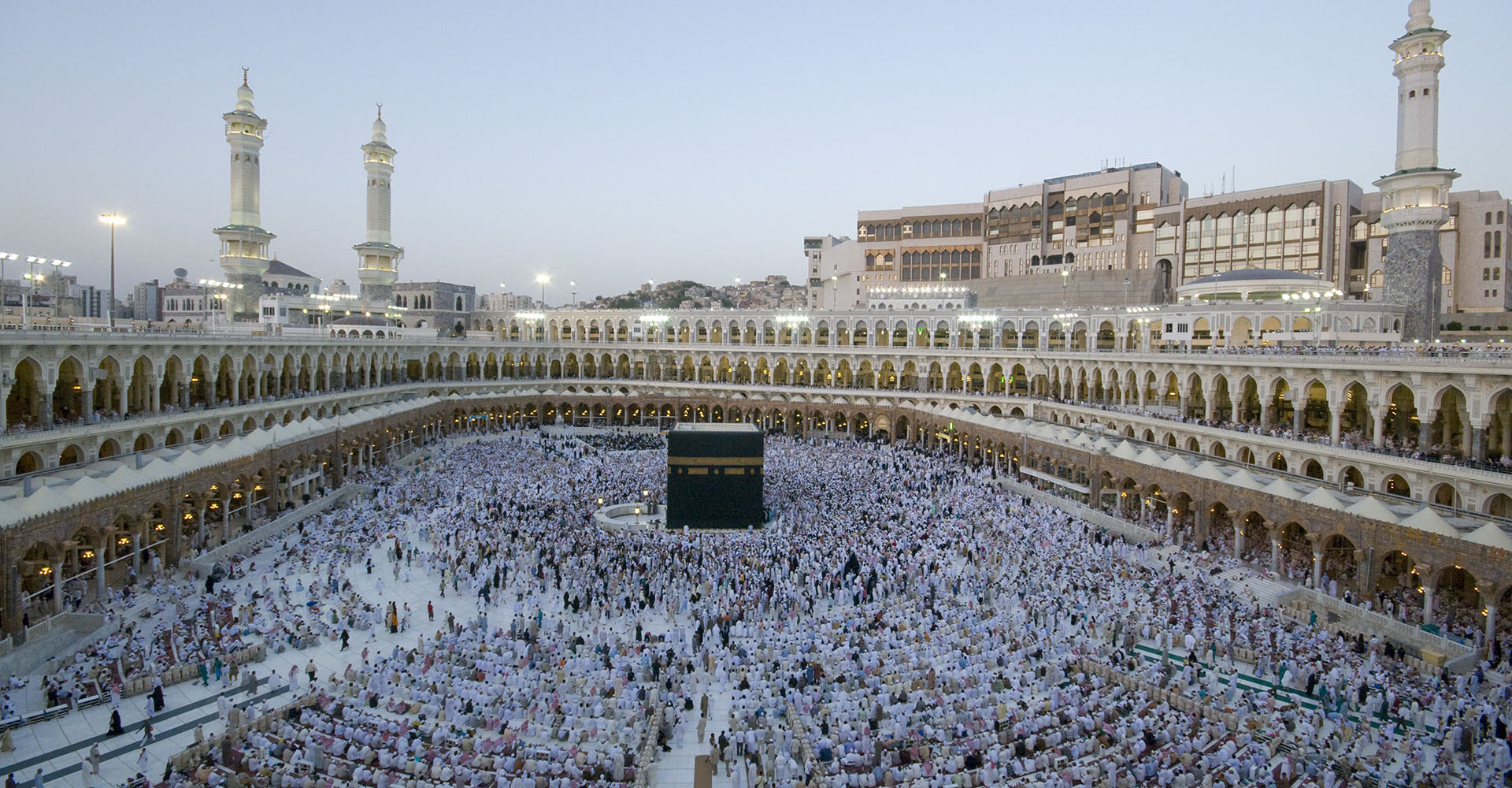 The Third Day of Hajj: Yawm-un-Nahr

The third day of Hajj is known in Arabic as يوم النحر (Yawm-un-Nahr) or the Day of Sacrifice, it is also known as Eid-ul-Adha. There are two opinions on the origin of this name Yawm-un-Nahr:

The first refers it back to the time of Ibrahim alayhi-s-salam. When Allah tried Ibrahim and commanded him to sacrifice his son Ismael, the practice itself is called نحر Nahr or slaughter and sacrifice. Muslim scholars reported this incident to happen on that day of the year.

The strongest opinion is based on the actual practice of نحر the massive slaughter of sacrificial animals on the day of Eid. On this day of hajj which is the day of Eid-ul-Adha or the day of sacrifice, millions of Muslims around the globe, whether in Hajj or not, will be commemorating the event of the trial of Ibrahim and his son Ismael and will be offering their sacrificial animals or Udhiya and Qurbani, following the example of their forefather Ibrahim alayhi-s-salam.

This day by far is the most blessed and virtuous day of the entire year. The Messenger of Allah said:

“The best day with Allah is Yawm-un-Nahr, the day of sacrifice and then Yum-al-Qarr (the day that follows, when the pilgrims reside in the camps of Mina for worship).” (Ahmad, Abu Dawood and an-Nasa’iee)

It is considered so virtuous because of the amount and variety of acts of worship offered on that day by the millions of pilgrims and Muslims around the world. A list of these acts were mentioned in a previous post on the virtues of the ten days of dhul hijjah.

What do the pilgrims do on that day?

In the early hours of Yawm-un-Nahr the majority of the hujjaj will start their day from the plains of Muzdalifa. Once they finish Fajr prayer, they stay in the Mash’ar al-Haram or the site of Muzdalifa until close to sunrise then they start their march to Mina.

On their way to Mina the pedestrian pilgrims will go through the opened valley of Wadi Mu’hassir, where many Muslim historians believe the incident of the elephant of Abraha the Abyssinian took place.

On Yawm-un-Nahr, the pilgrims are obligated to perform four specific rites of Hajj, these four are done in no specific order.

To stone the major jamarat or the jamra of the major Aqaba with seven stones. This station is on the site of Mina is the farthest from Muzdalifa and the closest to Makkah. It is also positioned on the boundaries that separate Mina from Makkah.

This station of the Hajj used to be the most dangerous station, over which many lives perished in multiple stampedes right until the development of the new facility in Mina.

One misconception is that people think they’re obligated to get the pebbles from Muzdalifa when in reality they can get pebbles from anywhere in the area as long as it is not directly from around the post of the jamra.

To shave the head or shorten the hair for men and to clip a bit of the hair for women. This practice is done as a symbolic gesture to remove the sin and filth of one’s soul and body.

To offer the had’y or the sacrificial animal whether by hand which is the most preferable method or by proxy. The sacrifice can be made of any of the permissible stock animals. This rite is an obligation on those who perform the hajj in the form of Tamatu’ or Qiran in which the hujjaj perform both Umrah and Hajj joined or separate. Anyone who performs the Hajj as a single ritual without Umrah is not obligated to offer this sacrifice.

To perform Tawaf (circling seven times around the Ka’bah) and Sa’y (to run between the two hills of Safa and Marwa). This Tawaf is known in Hajj as Tawaf-ul-Ifaadah or Tawaf-uz-Ziyaarah. It is this particular rite that is most important of the four.

In some cases where the pilgrim would not be able to perform the Tawaf on the first day due to legal excuse such as illness for men or having the beginning of menstruation for women, the pilgrim in this case has to delay the Tawaf until the excuse no longer exists. There are other Fiqh opinions which permit menstruating women in particular to do their Tawaf if their company cannot wait for them until they become pure, and in this case they do the Tawaf out of necessity.

These four rites have no specified order according to the majority of the schools of thought in Fiqh. The Messenger of Allah was asked about these rites and the how they were performed by the hujjaj and he was not asked about anything the was made before or after but he said: “Do and there is no harm.” (Bukhari and Muslim)

If the pilgrim is unable financially to perform the had’y or sacrificial animal, he or she is then required to fast three days during their stay in the Hajj season and seven at their convenience when they get back home.

If the hujjaj are caught in the Haram in Makkah in Tawaf and the Eid salat starts, they are not supposed to stop their Hajj practice to join Eid prayer. They should continue with their Hajj. 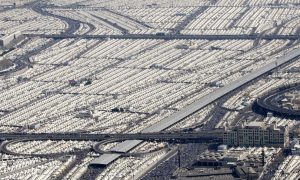 Some of the Hujjaj go straight to Makkah first, they do their Tawaf, they shave their heads and they know that the sacrifice has already been done on their behalf. At night they head to Mina in civilian clothes to do the throwing of the jamra and then stay in Mina to spend the night as part of their Hajj obligation.

Regardless of whether the hujjaj completed their jamra or not, they are all required to continue their Hajj by moving to Mina again to spend the night or most of the night in the camps there. They continue their worship, and get to know each other and learn more about Muslims from all over the world.