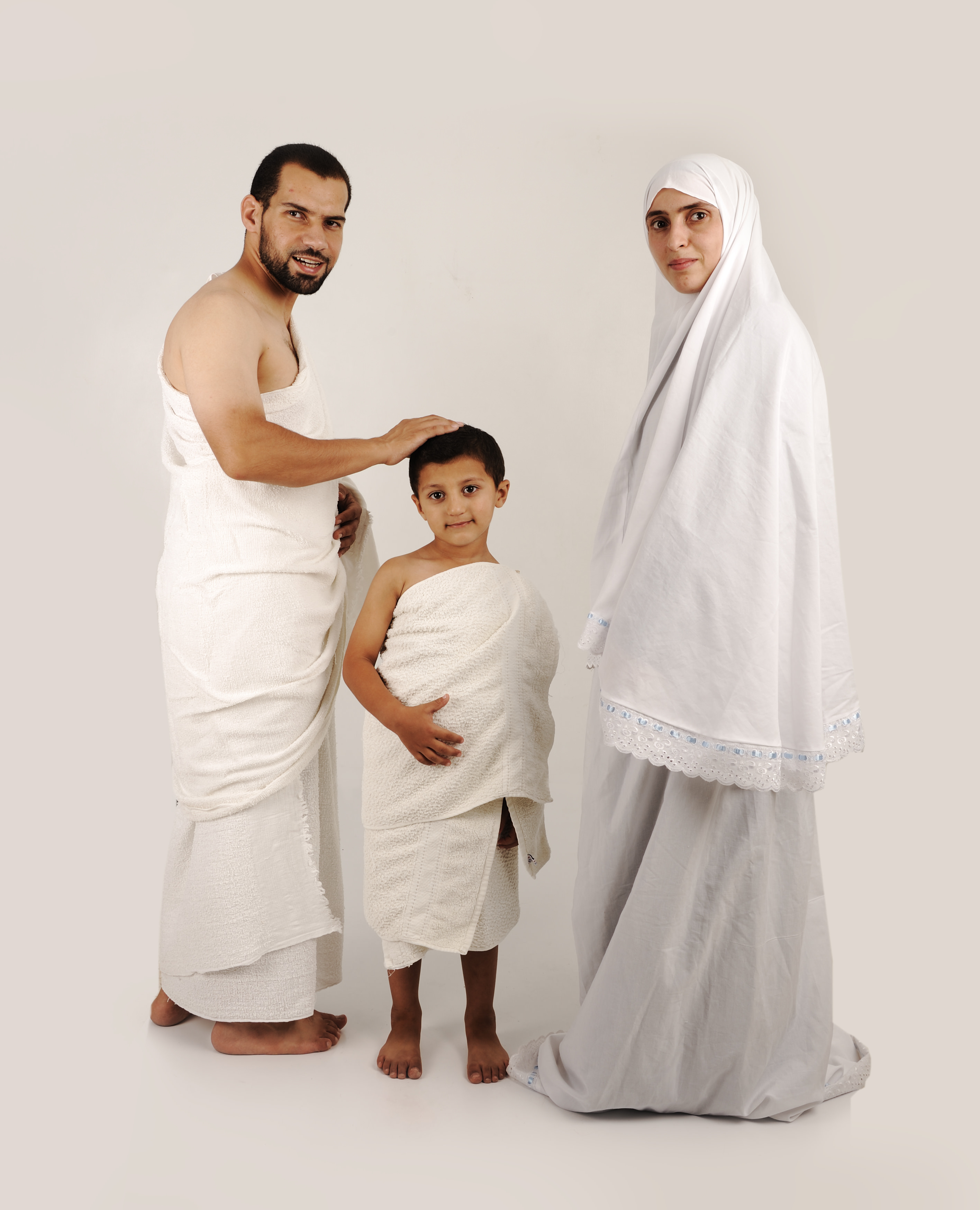 The noble Sahabi, Hudhayfah ibn al-Yaman said, “People used to ask the Prophet (Sal Allaahu Alaiyhi wa sallam) about good things, but I used to ask him about bad things because I was afraid that they might overtake me.”

What a beautiful example to follow! And thus, on a similar note, I have listed some of the extremely common mistakes that scores of people make, year after year, so that we can be weary of them and protect and prevent themselves from making them. This way our Hajj will be closest to the Sunnah, bi idhnillaah, and insha’Allah acceptable to Allah.

Mistake #1. Thinking that dua is accepted at first glance of the Ka’bah:

Many people have the wrong notion that the first time they look at the Ka’bah, any dua that they make will be answered. Not true! This has no evidence from the Sharee’ah. And any hadeeth that one may find regarding this matter is either extremely weak or fabricated. When asked about dua being accepted at the first sight of the Ka’bah, Shaykh Sa’d al-Humayd replied:

“This is not true; there has to be evidence for this to be true, because acts of worship should only be based on evidence. And that evidence must be saheeh in and of itself and it should be clear and unambiguous. And Allaah knows best.”

Mistake #2. “Kissing” the black stone from far away and stopping in mid-tawaaf to do so:

“Distance kissing” is not from the Sunnah of course. All the Prophet (Sal Allaahu Alaiyhi wa sallam) did while doing tawaaf, was to kiss the black stone if he easily could do so, or touch it with his hand and kiss his hand. BUT, when there was a crowd, all he did was  point to it from far away and say “Allaahu Akbar”.  That’s it.

And that’s what we need to do. If you are far away from the black stone, all you do is to point to it with your right hand, say Allaah Akbar and move on. No facing the Ka’bah, no “distance kissing”, no stopping dead in your tracks. Keep moving and don’t disrupt the flow of the tawaaf.

“It should be noted that the tawaaf remains perfectly valid without kissing the Black Stone. If one does not or cannot kiss the Black Stone. it is sufficient simply to point to it, saying “Allahu Akbar” when one comes parallel to it, although one may be at a distance from it.” [Fataawa ibn Baaz]

Mistake #3. Shouting out duas in unison

Some people shout at the top of their voices, in unison, while making dua during tawaaf. They follow an imaam or a leader who says out different duas aloud, and then the followers all repeat after him in unison. This causes a lot of confusion and disturbs others engaged in their own duas,  making them lose focus and khushoo‘. And obviously, it is also not befitting that one should shout and raise his voice in a place so sacred as the Harram.

The right thing to do is to know, before you go for tawaaf, the duas that you will be making, the Qur’aan you will be reciting, etc. so that you don’t have to follow anybody. Rather you will be making your own dua, in your own language, from your own heart. This will give you better concentration and satisfaction. Plan your duas ahead of time, repeat them to yourself, with humility and khushoo‘. After all, you’re making dua to the One Who hears all and sees all. The Prophet (Sal Allaahu Alaiyhi wa sallam) said:

Each one of you is conversing with his Lord, so do not disturb one another or raise your voices over one another when reading [or he said] when praying. [Abu Dawood, saheeh by al-Albaani]

There are some people who make specific duas for each round and there are even books that have specific duas written for each specific round, with dua #1 to be read for round #1 and so on. This is not something from the Sharee’ah. The Prophet (Sal Allaahu Alaiyhi wa sallam) did not recite any specific dua in any of the rounds, and neither did his companions. If there was such a thing, then he would have told us about it, and he would have done so himself first.

The only dua that he did specify during Tawaaf, was when he reached at the end of each circuit between the Yemeni Corner and the Black Stone, and he would say: “Rabbana atina’ fid-dunya hasanatan wa fil-akhirati hasana wa qina adhaban-nar. ” (Our Lord, give us good in this world and good in the Hereafter and save us from the punishment of the Fire.)

So the right thing to do in each round is to make sincere dua from your heart about whatever it is that you make dua to Allaah for, in whatever language you like, in whatever words that you feel comfortable in, until you come to the Yamani (third) corner where you can say the above dua prescribed in the Sunnah.

And even if you did understand the duas, it would still be something not prescribed in the Sunnah.

Many people make this mistake. They circumambulate the Ka’bah 7 times and then they donate the reward of this tawaaf  to their loved ones, their family members or their relatives who have passed away. Also, when people go for Hajj or Umrah, their relatives and friends specifically ask them to “do one tawaaf on their behalf”. This is not valid and there is no evidence for its permissibility.

Shaykh ibn Baaz said: Tawaaf around the Ka’bah cannot be done by proxy, so no one can do tawaaf on behalf of someone else, unless he is doing Hajj or ‘Umrah on his behalf, in which case he may do it on his behalf along with the rest of Hajj or ‘Umrah.  [Fataawa Ibn Baaz]

What the best thing to do is to do as many tawaaf as you can for your own self. Tawaaf is an Ibaadah that cannot be done anywhere else except Makkah and this is a golden opportunity.

Mistake #6. Going to Tan’eem again and again for multiple Umrahs:

Some people perform multiple Umrahs after finishing their own, going outside Makkah either to Masjid Aaisha (Tan’eem) or other meeqaat points, put on a new Ihraam and repeat Umrahs again and again. Some of them do an Umrah a day, some even more! This is also NOT from the Sunnah. And NOT the practice of the Sahaabah.

If it was good to do multiple Umrahs all in one trip, surely the Prophet (Sal Allaahu Alaiyhi wa sallam) would have done so himself and the Sahaabah would have done so too. But we see that although the Prophet (Sal Allaahu Alaiyhi wa sallam) stayed in Mecca for 19 days after the conquest of Mecca, yet he did NOT leave Mecca to do `Umrah, even though he could have easily done so.

Sheikh al-`Uthaymeen said: “Ibn Taymiyah mentions that the Salaf are agreed that making multiple `Umrahs is disliked. In any case, leaving Mecca and going to the boundary of the sacred precincts to make a second or third `Umrah is an unfounded practice that was unknown during the time of the Prophet (peace be upon him). The only exception to this was the case where `A’ishah sought permission to make a single `Umrah after Hajj because of special circumstances. If it was generally recommended to leave Mecca to perform `Umrah in this way, the Prophet (peace be upon him) would have encouraged his Companions to do so.”

Actually, instead of making multiple Umrahs, the better thing to do and the worship that will earn more rewards, bi idhnillaah, is to perform as many tawaaf as you can for yourself. Like I said before, tawaaf is an Ibaadah that cannot be done anywhere else except Makkah and this is a golden opportunity.

Ibn Taymiyah said: “The Salaf agree that performing voluntary tawaaf is superior to going to al-Tan`îm or to the boundaries of the sacred precincts and making `Umrah. [Majmu` al-Fataawa]

All we do when we stone these Jamaraat is an act of remembering Allaah, following the Messenger of Allaah(Sal Allaahu Alaiyhi wa sallam) as an act of worship. That’s it. No need to get emotional, no need to cuss at the Jamaraat, no need to push and shove.

Mistake #8. Touching or wiping over the Ka’bah, any part of Masjid al-Haraam or Masji an-Nabawi:

Some people try and touch any part of the Ka’bah or Maqaame Ibraaheem, thinking that there is blessing or barakah in it. Or they touch or wipe their hands on the different parts of Masjid al-Haraam or Masjid an-Nabawi, and then they wipe over themselves, thinking that this is something good or it will be source of blessing for them. But again, this is another act with no basis in the Sharee’ah of Islam. The Prophet (Sal Allaahu Alaiyhi wa sallam)  did not touch any part of Ka’bah except the Black Stone and the Yemeni Corner. If it was good, he would have done so. But he didn’t and so we don’t either.

Dear brother/sister, just think about it. Blessings come from following what Allah and His Messenger (Sal Allaahu Alaiyhi wa sallam) have prescribed, and NOT from following innovations.

Mistake #9. Thinking that praying forty prayers in Madeenah is compulsory:

Shaykh Ibn Baaz said: “With regard to the widespread idea that the visitor should stay for eight days so that he can offer forty prayers in the Mosque is wrong. Although it says in some ahaadeeth “Whoever offers forty prayers therein Allaah will decree that he is safe from the Fire and free from hypocrisy,” this hadeeth is da’eef according to the scholars and cannot be taken as proof or relied upon. There is no set limit for visiting the Prophet’s Mosque. If a person visits for an hour or two, or a day or two, or for more than that, there is nothing wrong with that.”  [Fataawa Ibn Baaz]

Sunday Open Thread: 5 high-tech tools that help my deen plus rally to restore sanity and ‘Halal’oween

What Columbus Day has to do with Islam in America – Yasir Qadhi, Sherman Jackson, Zaid Shakir, Mokhtar Maghraoui, & Hamza Yusuf