Fatima and Omar were “hard-core” volunteers.  They volunteered at Islamic events, lectures, their local masaajids- you name it!  If something needed to get done in the community, everyone knew that they could count on these two young and active Muslims.  It was only logical that these two would hear about one another through a mutual family friend and discover that they shared the same values.  Before you could say “Mabrook,” the details were finalized and Fatima and Omar were on their way to marital bliss.  Everyone was thrilled and expected great things from this Muslim Power Couple; I mean, two super active single Muslim volunteers should result in a super duper active Muslim volunteer couple, right?  WRONG!  Flat Tire Syndrome kicked in and Fatima and Omar were nowhere to be found.  What happened?! 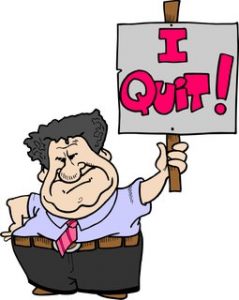 The story of Fatima and Omar is one that we witness quite often in our communities.  Two young Muslims who are very active in their volunteer efforts, and constantly contribute to the betterment of the lives of their fellow brothers and sisters, get married and are suddenly no longer involved in Islamic activities.  We hope to elucidate some of the root causes of this phenomenon.

The Causes of the Flat Tire Epidemic:

A husband is necessarily different from a single brother and a wife is necessarily different from a single sister. Studies have shown that, psychologically, marital relationships result in a sense of well-being, a stronger sense of having a meaning in life, and additional emotional support.  All of these can contribute to a feeling of security and satisfaction. So why would this be a reason behind a decrease in volunteer involvement?  If people get a “warm & fuzzy” feeling from their spouse and gain a sense of satisfaction through marriage, they don’t need to seek these positive feelings through other activities, such as volunteering.

This does not imply that the intentions of these volunteers are in question; rather, it is a human instinct to naturally feel more motivated by results. So, if the result of making your spouse happy is immediate, which is the case in most scenarios, then one of the major driving forces behind being an active volunteer is already being satisfied by your interactions with your spouse.

A mental and emotional shift can occur when people get married because they have now been placed in a life role that is entirely different from anything else they have ever experienced.  This can definitely require an adjustment period.

Before marriage, Fatima and Omar were able to juggle a variety of their life roles.  Before they met each other, they were volunteers, a son or daughter, siblings, friends, students, employees… the list goes on.  Once they got married, another role was added to the list: spouse.  And this role was something very different for both of them.

Marriage comes with a new set of responsibilities, a new person with whom you spend the majority of your time, and a need to reprioritize. Every other portion of your life receives its due and, before marriage, most of your extra time can go towards your volunteering efforts.  However, after marriage it is necessary to reprioritize and give your spouse the attention that he or she deserves, which can cut into the time that you have available for volunteering.

Marriage is a life-changing experience and is, naturally, more exciting than the other, more routine aspects in your life.  It captures your attention and, therefore, you dedicate more time to it.  Since you have been volunteering for several years, this becomes redundant and you prefer to dedicate your attention to your new and exciting marriage.  This is one of the reasons why, after the “newness” of marriage has expired, volunteers suddenly reappear and want to be involved once again- marriage is no longer providing the excitement it used to so attention can now be redirected to volunteering again.

Compare this excitement to the typical Muslim volunteer in the typical Muslim organization. They, the volunteers, tend not to grow within their organizations unless they are amongst the few core volunteers.  As a volunteer grows- in sense of responsibility, recognition, and position- excitement grows as well. This is, indeed, a major variable that affects the level of excitement within any individual. When this excitement goes away, psychologically, the level of creativity diminishes thereby resulting in a decrease in commitment.  This then results in a decline in dedication and consequently, the volunteer drops out of his/her assigned post.

Struggle Between the “Old School” and the New Generation of Volunteers

Just as technology is racing forward at an unprecedented speed, the gap between each generation and the next is continually grower wider than before.  One can clearly see the vastness of new ideas coming from younger and “hipper” crowds. There are plenty of examples, but consider: If you speak to a 35 year-old about Twitter and the marketing capabilities of Facebook, his/her answer will be remarkably different from the answer of a 25 year-old. With respect to volunteers, those who graduate from college, obtain a job in the corporate world and get married, have to take into account factors that are very different from the factors important in the life of a single college student with 12 credit hours. Therefore, the ingenuity of the younger generation is usually more optimal.

This creates a power struggle between the old school volunteers and the newer generation, causing both to become frustrated and discouraged. The difference is that the younger generation is more motivated and has less responsibility while the old school volunteer has family and work responsibilities that take precedent. Hence, the easy way out of this frustration is disappearing from the face of volunteerism.

Since amateur managers and leaders run most Muslim organizations, they usually lack the proper skills regarding how to keep those who are worth retaining as volunteers. This article was written to encourage both the management and the volunteers of Islamic organizations to realize why the loss of married volunteers is occurring and, hopefully, to attempt to fix it.

No doubt that it is always helpful to understand the underlying causes of an issue but it is even more useful to consider solutions for the issue at hand.  A treatment approach for the Flat Tire Epidemic (from an individual and organizational standpoint) will be provided in the upcoming issue… stay tuned!