Five-year-old Zaynab Khan stopped by the Islamic Relief USA office in Buena Park, CA to drop off a special gift for flood victims in Pakistan. Read her story of giving as told by her mother, Fadia to blog.islamicreliefusa.org 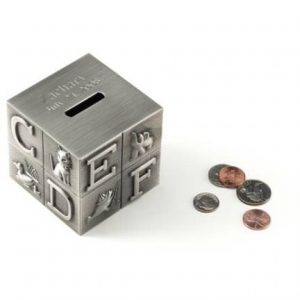 “Mimi, I just saw some people in Pakistan swimming in water and it looks not so clean. It’s a little bit brown. Actually, it’s really brown.”

Zaynab wakes up every morning and tells me about her dreams, typically consisting of princesses, glitter, the color pink and sliding down rainbows. This morning, however, she stood behind me in the kitchen in her pajamas looking a bit confused.

I found out she had recently seen images of the floods in Pakistan on the computer with her dad. My husband and I are so used to seeing images of devastation and terror that we have become desensitized. Children, however, are still innocent. My daughter could not fathom such things. She asked why the water was so brown and why it was everywhere. She saw a man grasping his two children and swimming with a terrified look on his face and asked why the people couldn’t just move and buy a new home and new clothes. Because she has visited Pakistan in the past, she asked if all my relatives she had met were okay. And then she asked, “What can we do?”

I told her there are two things we can do: pray for the people suffering and then help in whatever way we can. She offered to send some of her toys, jewelry and nail polish to the displaced children. I explained that it would be better to send money so that they can buy food, medicine and clothing. I then told her to go upstairs and pick out her clothes for the day and wait for me to come upstairs and bathe her.

A few minutes later, Zaynab came back downstairs still in her pajamas, hair disheveled, with a pink velcro Disney princesses wallet she got from Disneyland. She opened it and began to count her life-savings. It included money accumulated for losing teeth and visits to her adoring grandparents: a grand total of $107. She held the money in her pudgy hands and said, “I think I want to give this to Pakistan.” She said she wanted to give it all.

I tried to contain my tears. My heart was bursting with both pride and shame as I saw my five- year-old daughter write a letter in red crayon to the flood victims. I was proud because here was my daughter who gave everything she had saved to people in need without flinching. She did not hesitate for a second to think about the things she had wanted to buy. I had told her before that when you give money to needy people, Allah will send you more than what you gave. I was ashamed because I had not emptied out my wallet the same way Zaynab had.

As adults we always find excuses: the government is corrupt, the money won’t go where it is supposed to, I can’t give so much because I need to buy X,Y,Z, I don’t know where to send it, I will do it later. For Zaynab it was so easy. She saw an image, she took out her money and she asked how she could get it to Pakistan. When I told her we would give it to Islamic Relief and they would take it over there, she wrote a letter. It said:

“For Pakistan. There is floods in Pakistan. I hope this helps.”

She then proceeded to draw colorful hearts and flowers. I was reminded of the words of our Prophet Muhammad (peace be upon him):

Though she couldn’t comprehend the disparity in lifestyles (most of us cannot), Zaynab wanted the people of Pakistan to have the girly things she loved. She drafted her letter with drawings she loved, and finally, she sealed it with stickers she loved.

Why do we morally degenerate as we grow older? Why do we become so cynical and desensitized? The first lesson that children learn in school is to share, and it is the first lesson we forget as we graduate school. As we grow up, we are told to stop behaving like children, but it is these childlike qualities that make the best of humans.

Please donate to Islamic Relief through our Fundraising Appeal