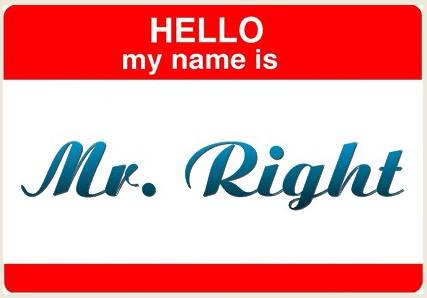 Click on this link for a free video training series introducing specific concepts, actions, and exercises for single Muslimahs that goes along with this article: www.FindYourMrRight.com

Khadijah. Just saying her name instantly inspires me to want to be a stronger Muslimah, to sacrifice more, to discover her hidden strength and beauty she gave to her husband. 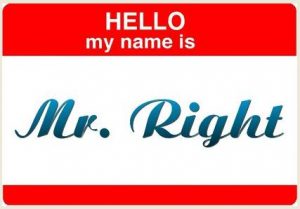 Khadijah. Who was this amazing, strong, beautiful, brilliant, pious, and noble woman? I don’t mean who was she in the seerah text, but who was she? What was it like to be her friend, what events shaped her life. What would it have been like to sit down with her, over a meal, and talk. What kind of advice could she tell me about marriage, Mr. Right, and living until your last breath is gone, all for the sake of Allah.

It is because of her that our deen begins with a legacy that starts, after Rasulullah, with a woman. After the Mercy of Allah, it is because of her sacrifices that we are Muslims today.  She gave everything she had, all that she owned, from her hands, heart, and soul for Islam.

But, to appreciate this beautiful opportunity she had, we have to back up to a very significant moment in time. That moment, is where she asked her maid servant, to inquire about the young man who was working for her to see if he was available for marriage, and would consider her. A man who had a beautiful character, was honest, hardworking, trustworthy, and produced amazing results for her business.

Khadijah, may Allah’s Mercy be upon her, asked about Prophet Muhammad for marriage.

She initiated the communication.

She sent someone on her behalf to find out if he was available for marriage.

And it was because she asked, that she got that blessed answer.

A woman older than him, previously married with children, was inquiring about a younger bachelor, from one of the best tribes in town.  The honor of his acceptance wasn’t just hers alone. It was his too. He was going to marry one of the most beautiful hearts in all of Mecca. A woman who’s heart would sacrifice everything she had to support him, and Islam.

Today, you’re probably wondering when and how you will get married. You go to school, maybe then grad school, and after this begin a career. As time passes, the pressure begins to set in to get married.

But out there in the world, you see lots of single and available brothers that you could consider as a Mr. Right potential.

What I want you to realize, is that many Mr. Right potentials, have no idea you’re available for marriage, ready to settle down, have time for a husband, or are willing to accept him for where he’s at in his career and education. (After all, few brothers in their early 20s will have enough income saved up for a luxury wedding, vacation, apartment, and car all at once.) But I meet sisters who tell me that this isn’t the main issue, that they can wait while he builds his career and financial situation up.

How is he ever going to know that you don’t mind letting him build things up over time? After all, he is living under the impression of the same cultural status quo that you are.

I recently surveyed the brothers on our Practimate list, and told them I was teaching you to be proactive, similiar to Khadijah, in finding a husband, by sending a third party to inquire on their behalf, whether a mahram, or a trusted friend. I asked them if they thought this was weird, desperate, or something they would consider offensive.

Their responses broke the common myth!

“It will be more helpful if the word is “out there” in an appropriate manner. I feel like the present times are a bit in transition where old systems are failing (the waiting game) and new systems are coming into play, and we are held up between the two. For my parents’ time the waiting thing worked as it had the right setting from every perspective… “

“A girl needs to put all the “games” aside and just be real with people. If that means that she tells he family about the brother…so they can talk with him, so be it. In fact, if a sister’s family or someone she knows came to me telling me that a sister is interested in me, I would at the very least check it out; I would take the opportunity seriously. Khadija (R) sent someone to speak with the Prophet (saws) about marriage…she took the initiative, this also shows that a women is strong and willing to take charge when needed. The sister has to be a REAL, genuine person, down to earth (for it to work.)

In general, the idea of you sending someone, respectably speaking, to inquire with tactfulness, and in a good manner – not a “I have a friend who likes you” mentality, but again, with maturity and modesty, is something a mature man, ready for marriage, will appreciate.

Only 1% of the brothers who responded didn’t agree with my recommendation. And it’s not that he disagreed, rather he felt that men should be more pro-active themselves, if they really want to be married.
So why not pursue Mr. Right  like Khadijah?

Sadly, we have ignored this example (and others)  from Islam of women sending a “messenger” to inquire on their behalf about marriage.  That they were proactively involved in the marriage process.

Sisters accuse others of being desperate when they let others know they are looking to get married.

Families believe that a daughter must be sought after and it is shameful for a daughter and her family to approach a man for marriage.

And so, many beautiful, smart, educated, talented women are waiting and waiting for Mr. Right to knock on their father’s door. And in the silence of a new beautiful day, when no one is looking you may feel sad and despair. Of course, you know all things are in the hands of Allah. Of course, you know that there is reward in sabr, but you are like everyone else on the planet. A desire to marry, and one day to begin a new family.

So rather than judgment, and a discussion on the ideal bubble we all “should,” be living in:

It’s time to re-examine our value system, and not forbid or look down upon something approved of and practiced by the best man on the face of the earth, and our Mother for all believers, one of the best women in human history.

The re-examination process, begins with you.

If you are ready to consider an alternative option for seeking out Mr. Right, then first, I want to mention that there are rules to this pro-active approach.

Here are some guidelines to follow anytime you are considering being the pro-active person in initiating marriage dialogue.

1) Never initiate something without having a wali or mahram having complete knowledge of what is going on. This protects you and the potential Mr. Right from ending up in a situation not pleasing to Allah. You want to go through this process in a halal and dignified manner.

2) Send someone you trust to ask on your behalf, without initially revealing your identity. This way, you know if the brother is even available before revealing your personal information. One brother mentioned in the survey responses, that it’s great to give a brother a heads up that someone is interested, because if he is talking to another sister already, then he can let the messenger know, and if it doesn’t work out, he can come back and also let her know.

If he is interested, then have your “go between” share who you are, and ask the brother how you and your wali can contact him – but communication should always go back to your wali or mahram.

3) Pray istikharah. We ask Allah to guide us daily every time we say “Ihdina Siratul-Mustaqeem” in salah, but we are also blessed to have a special du’a just for making decisions.

The reality is that many brothers out there desperately want to get married, but feel there are so many hurdles to overcome to get there.

The first hurdle, is fearing rejection. Women tend to think men always have their act all put together, but they have their own batch of insecurities, and fears. It may make things easier for a man to consider you when he already knows you are interested. And if he isn’t, he will be more confident in pursueing the right person for him in the future.

In every other area of ‘ibadah, we don’t sit down and wait for it to come to us. For Hajj we save, for money we work, for knowledge we seek it out. Marriage doesn’t have to be an exception.

Because Khadijah asked, so can you.

Megan is a Life Coach who is working with FindYourMrRight.com