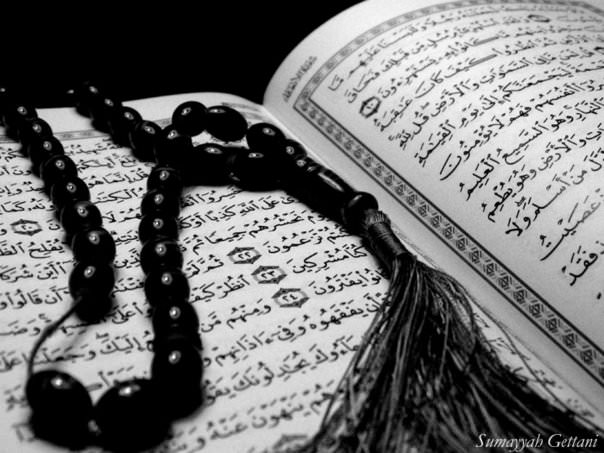 The Qur’an Challenge is an initiative run by Abu Abdissalam. This post illustrates the importance of the challenge.

In keeping with the current season of sports tournaments or ‘challenges’, I would like to tell you about a challenge far greater than any World Cup, a challenge whose prize is worth more than any piece of silverware. Allow me to introduce you to….The Quran Challenge.

The challenge is to complete reading the Quran in a language you understand by Ramadan. Now how can that possibly be more challenging than toiling against Germany in the footie or Roger Federer at SW19?! All this challenge entails is opening a book and reading it!

But before you write me off, just ask yourself this – Have YOU ever done this? And if you haven’t, then try to analyse why. Perhaps your life is too busy to fit in any reading time, or perhaps it wasn’t something which you felt to be so important. Maybe you thought it was the ‘convert’ thing to do, and being a born Muslim, you don’t have to read the Quran in your own language?

Whatever the reason may be, let me share with you a true story which happened to me whist at university. I usually try not to talk about my past mistakes so openly, unless of course there is a profound lesson to be learnt…. It was at university when I underwent the process of being exposed to Islam in its true beauty, and hence I consider myself as a ‘born-again Muslim’. To all the brothers and sisters who work tirelessly in ‘Islam Awareness Week’ and other such acts of da’wah, they certainly do work, and whilst guidance is from Allah (swt), I hate to think where I would be today had it not been for the positive effect of these efforts, alhumdulillah.

When I cast my mind back to the time at which I began taking religion seriously, a few things happened which were catalysts for me to develop a zeal for learning more about this beautiful religion. Let me tell you about one such moment.

Whilst in the third year of my studies, I was asked to get involved in the annual ‘Islam Awareness Week’. For those of you who are unfamiliar with this concept, Islam Awareness Week, or IAW, is an event held at most British and American universities aimed at portraying the true message of Islam through da’wah stalls, lectures and exhibitions.

I was allocated to man the da’wah stalls. I remember being very excited and I couldn’t wait to unleash all my da’wah trump cards, such as the scientific miracles of the Quran, the miraculous nature of the Arabic in the Quran and of course the fact that it has never changed. After all those late nights of watching the countless lectures of Dr Zakir Naik, I was ready to get stuck in!

Alhumdulillah, people came to the stalls, and many of them left with something to think about. Perhaps I even had a hint of satisfaction in my heart after defeating them in the ‘battle of words’. But there was one individual, who came to the stalls, that left me speechless and finally brought me down to planet earth.

This individual was a well dressed and softly spoken student. He told me that his father was a member of the clergy, although he didn’t count himself as being particularly religious. He came and asked me about the Quran, and why Muslims believed it to be the word of God. Out I came with my pre-rehearsed ‘spiel’, with a bit of Ahmed Deedat-style Bible-bashing to add some masaala to my arguments. Just before I had the opportunity to experience the feeling of contempt, he dropped a huge bombshell on me:

Paul: So you must be fluent in Arabic, then?

Me: Well, I can read Arabic fluently, but I can’t speak it.

Paul: Errr…so when you read the Quran, do you understand what you are reading?

Me: *pause* I don’t actually, but we do have an interpretation of the meaning of the Qur’an (picks up an English translation of the Quran, and hands it to Paul).

Paul: So have you read the Quran in English?

Me: *long pause* Honestly……I have read bits, but not cover to cover…….

Paul: Dont you think you should do that before telling me how amazing it is? And how can you tell me to read a book that you haven’t read yourself?

And there it was. He walked away, with me having some serious questions of my own to answer. First of all, was I doing the da’wah stall purely for the sake of Allah, or was it because I wanted to get one over my opponent? I was shown the importance of keeping one’s intention pure throughout an act of worship.

Secondly, here I was giving out free English translations of the Quran, and raving on about a book which I had never read with understanding, cover to cover. How could I possibly call myself a true Muslim if I hadn’t even read the ‘manual’ which Muslims claim is so amazing? Why should I expect a non-Muslim to read the Qur’an when I hadn’t done so myself?

I suspect that there are many people who are in a similar situation to this, but perhaps that bombshell hasn’t hit them yet. On consideration, it is amazing how many Muslims can talk about embryology and the Quran, the water-cycle and the Quran, the challenge the Quran places upon mankind, yet these same Muslims have never actually read the verses addressing these issues in a language they understand.

Without doubt, the gold standard is to embark upon the path of learning Arabic, and something which all of us (including myself) must do. Imagine praying your salah in the Haram, understanding every word which Sheikh Maahir or Sheikh Juhainy recites, such that it brings tears to your eyes….priceless.

In the interim period, however, we MUST read the Quran in our native languages if we haven’t done so already. We need to know our book, not only for the sake of da’wah, but for the sake of our Hereafter.

I hope this has encouraged everyone reading this short piece to blow the dust off their Quran, and start reading it cover to cover. If you are serious about doing this, then I ask you to make a commitment to complete the Qur’an in your native language before Ramadan sets in. This certainly would be the perfect prelude to what, insha’Allah, will be a month full of worship for you. Express your commitment by signing up to the challenge. You will find other brothers and sisters to give you the motivation you need, along with reminders from some students of knowledge about the benefits of reading the Quran in a language you understand.

So…if you have never done this, then take up the challenge now! (Since this challenge ended a while back and many of our readers are interested in one, Muslimmatters created one here. Please join in.)

After the Takbir: Advice to a Muslim Convert