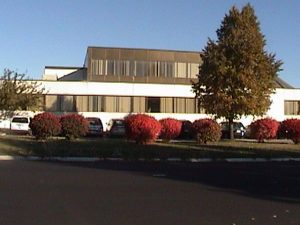 It’s not just Pakistan but a worldwide phenomenon with over 200 branches and a second main campus in a suburb of Toronto, Ontario, which is revolutionizing access to Islamic knowledge for women. Audio version available on through the link at the top including the rare few words from Dr. Farhat Hashmi in English.

Far from the headlines about its war on extremists, Pakistan is undergoing a more subtle debate over religion. It’s been sparked by a popular female evangelist. She’s created a massive network of Islamic schools that cater to elite, educated women. The classes preach tolerance and mercy, though some Pakistanis fear they’re breeding intolerance. NPR’s Asma Khalid reports.

ASMA KHALID: Huria Yawar(ph) glances at the Cartier watch on her wrist. Then she climbs the stairs to this Islamic school in Central Lahore.

KHALID: Yawar has five kids and a master’s in psychology. But she says she had no direction in life until she came here.

Ms. HURIA YAWAR (Student, Al Huda): When we come here, each and every letter of that holy book is really seeping in our heart and which we didn’t know before. And we regret that at the age of 45, 48, so it’s a shame for us.

(Soundbite of laughter and crowd chatter)

KHALID: Here at the Islamic school, Yawar is joined by other upper-crust housewives, some with Blackberries in hand, others with luxury cars parked outside. For years, most wealthy women in Pakistan scoffed at overt piety. But now, many women who once sported sleeveless shirts are covering their faces. It’s a trend across the Muslim world. These women in Pakistan found their faith with Farhat Hashmi.

KHALID: She’s a household name in Pakistan. Radio stations in nearly every major city broadcast her sermons. Her public lectures draw crowds in the thousands. But more important than all of that is the school system she’s created. It’s called Al Huda. The first branch opened in the mid-1990s. And since then, it’s grown exponentially.

Ms. MUSHTAQ: These women come to Al Huda, spend a year or two years getting a diploma. And then these women go back to their hometowns or to their own neighborhoods, use the same sort of education materials, the course plans, Farhat Hashmi’s lecture tapes, and start offering a diploma course of their own.

KHALID: One is the school where Huria Yawar studies. Here, like all of the Al Huda branches, the focus is the Quran. Students learn line-by-line translations and analysis. They learn about the importance of mercy and forgiveness -nothing political and nothing violent. It’s a stark contrast from the extremist rhetoric taught in some schools.

Today’s sermon deals with the vices of materialism.

Unidentified Woman #2: No, it is just (unintelligible). Don’t get impressed by these things. They’re superficial.

KHALID: The teacher is one of Farhat Hashmi’s direct disciples. She speaks Urdu with a flare and has a soft, inviting tone.

KHALID: One student complains that it’s impossible for her to suggest her husband pray. They just end up in a fight. Another woman laments that she can’t cover her head because her kids make fun of her. Lumara Suehail(ph) says her husband mocks her religious studies.

Ms. LUMARA SUEHAIL (Student, Al Huda): When I come here, my husband says you’ve become a Taliban. And I’ve been…

KHALID: Suehail regularly goes to coed parties and she doesn’t wear a headscarf, but she’s committed to Al Huda. She says it’s changed her life.

Ms. SUEHAIL: After coming here, I realize that God is so soft. It attracts you to – in a loving manner. I think it’s a very peaceful religion. We have to understand it, and we are not understanding – I mean, most of the people don’t actually understand the religion, and they’re just going away from it. They’re being shunned away, basically, because, you know, the way it’s been portrayed, you don’t want to come near it. You don’t want to find out what’s happening.

KHALID: In the past, Islamic education in Pakistan was limited to poor, uneducated men. Al Huda is changing that. It’s bringing religious literacy to an influential demographic.

Saj Tahashmi(ph) was a student in 1997. She’s since opened up her own branch in a military housing section of Lahore. She says Al Huda made Islam easy.

Ms. SAJ TAHASMI: (Through translator) Al Huda dealt with people very leniently. Some women wore a headscarf, and some didn’t. But they were all allowed to attend classes. Before Al Huda, there was no concept in our Islamic educational system that someone could go and sit in a Quran class not wearing a headscarf.

Ms. MUSHTAQ: What these women are being taught is that here, understand the Quran, now change yourself, and then go out and change other people one by one. So in your family, in your community, in your schools, in your workplaces, in your offices – rather than coming out onto the street or marching or holding placards or targeting the state. No. The targets and the goals of the movement are different, but it is still very much a movement in the sense that it goes beyond individual transformation, ultimately has a vision of what it wants a Pakistani society to look like.

KHALID: That scares some people in Pakistan, like Nadeem Paracha. He’s a columnist for the popular English-language newspaper Dawn. He says Farhat Hashmi may use gentle words but deep down, she’s an extremist. Her orthodoxy echoes the Taliban’s vision for Pakistan.

Ms. HASHMI: You cannot make people happy, and this is not my goal.

KHALID: That’s Farhat Hashmi herself. She rarely gives interviews but after repeated attempts, she agreed to a short conversation on her cell phone.

Ms. HASHMI: They don’t really know what we are doing. Sometimes, it is misconception. Sometimes it is a different point of view.

KHALID: She insists that she preaches tolerance, not tyranny. But not everyone believes her. Hashmi’s classes exist in a climate of religious anxiety here in Pakistan. It’s a place where suicide bombers are ripping through markets in the name of Islam. And it’s a place where born-again, bourgeois Muslims are muddling the very idea of what it means to be a modern woman.