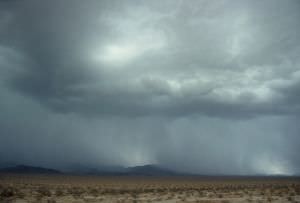 While some have failed to abide by true love to him (sallaAllahu alayhe wasallam) this lunar month, by celebrating that which he did not command to be celebrated, they have forgotten that this great Prophet was one who, “Whenever he saw clouds or wind, his color would change.”This came to mind the other day, when the sky darkened and rain poured for a few short minutes in this dry land, much to our pleasure. But Rasulullah, sallaAllahu alayhe wasallam, was questioned by his own wife; “Messenger of Allah! When people see clouds they look delighted hoping that they would bring them rain, but when you see clouds, your face shows worry.’ He said to me: ‘Aishah! How can I be sure that it does not carry punishment? Some people were punished with wind. Others saw the punishment approaching, yet they said that it was rain-bearing clouds.’” (Related by Al-Bukhari, Muslim, Ahmad and Abu Dawud.)

For us, in recent days,  we have seen the signs in their various creations. Earthquakes, floods, storms, tsunamis, and an eclipse.

Say, “He is the [one] Able to send upon you affliction from above you or from beneath your feet or to confuse you [so you become] sects and make you taste the violence of one another.” Look how We diversify the signs that they might understand. (al-An’aam 6:65)

In a few seconds, hundreds of thousands are killed. Homes are destroyed. Families are separated. Surely, this does not happen by chance.

In these signs, there is a reminder, there is mercy; mercy from Allah, who is asking us to seek His forgiveness, for what our deeds have earned us.

Such should be the first response, for it is the best form of aid; serving as aid for our own souls and protecting our societies as a whole.

Corruption has appeared throughout the land and sea by [reason of] what the hands of people have earned so He may let them taste part of [the consequence of] what they have done that perhaps they will return [to righteousness. (al-Rum 30:41)

“And Allah would not have wronged them, but it was they who were wronging themselves.” (al-Ankabut 29:40)

So in the midst of our busy lives, when we often forget to reflect as we survey the headlines bearing words describing the signs of Allah, this a call to myself before all to turn to the Creator admitting our wrong;

“There is no deity except You; exalted are You. Indeed, I have been of the wrongdoers.” (al-Anbiyaa 21:87)

Through seeking forgiveness, Allah withholds his punishments and through it, the doors of sustenance are opened. It is for both; those who fear the harm of rain and those who desire it for their rain-thirsty lands.
For this repentance to be complete, we must cease from the wrong, regret it, be sincerely determined not to repeat the wrong and if we have transgressed the rights of others, then returning such rights is due or in some cases to seek their forgiveness.

When repentance is sincere, then Allah has promised;

“Say, “O My servants who have transgressed against themselves [by sinning], do not despair of the mercy of Allah. Indeed, Allah forgives all sins. Indeed, it is He who is the Forgiving, the Merciful.” (al-Zumar 39:53)

So as fear of Allah’s wrath filled the heart of our beloved (sallaAllahu alayhe wasallam) so much that his face changed in color, although His Creator told him; “But Allah would not punish them while you, [O Muhammad], are among them.” Then, our hearts are more in need of fear, whilst not abandoning hope as we recite the remainder of the same verse; “and Allah would not punish them while they seek forgiveness.” (al-Anfal 8:33)

Also see: The Effects of Sins: Evil upon Land and Sea

Khutbah: The Legacy of Ibrahim