When people you know come back from Hajj, you notice them talking about how much they “miss” Hajj and how they can’t wait to go back. There are many possibilities for what exactly each person misses from their journey, but what’s common between them is the reason why they would say that and feel that way.

At Hajj, you go through certain experiences that you cannot and will not find anywhere else. It’s simply the nature of Hajj. It has experiences that are unique to it, and those experiences make Hajj itself a unique wonder. That’s why you hear people saying, “I miss Hajj.” It’s like they’re going through withdrawal, knowing that they won’t get what they felt except for at that same place and time.

Here are three things that are exclusively unique to Hajj, and perhaps another piece of the puzzle for those who’ve never gone for Hajj in understanding why it is the journey of a lifetime.

1. Fulfillment of an ancient Prophetic legacy
The rites of Hajj are more than just completing the fifth pillar of Islam. It’s about fulfilling an entire ancient legacy of worshiping Allah (SWT). From the earliest generation of mankind, we know that the Ka‘bah existed as the first house built for the worship of Allah. So the land has been sacred since the beginning of humankind during the time of Adam, peace be upon him.

But all of this was intensified during the time of Prophet Ibrahim, peace be upon him. Allah told him to raise the foundations and rebuild what was once already a sacred and holy site, and then urged him to call the people to Hajj. While Ibrahim was worried that no one would come to such a place in the middle of the desert, Allah told him to do his part and leave the rest up to His Lord.

Since then, hundreds of generations have passed with people answering the call, from the followers of Ibrahim, to the pure worshipers living amongst the polytheists of Quraysh, until the time of the Prophet, peace be upon him, performing Hajj near the end of his life. 1400 some years later, we have 3 to 4 million people going for Hajj and answering Ibrahim’s once desolate call, each and every year. 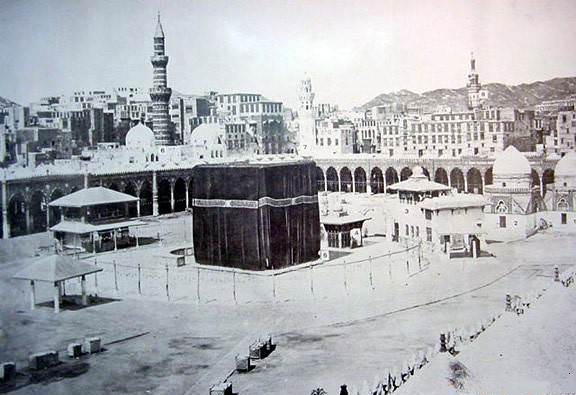 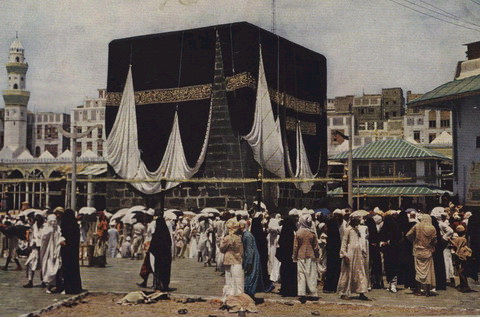 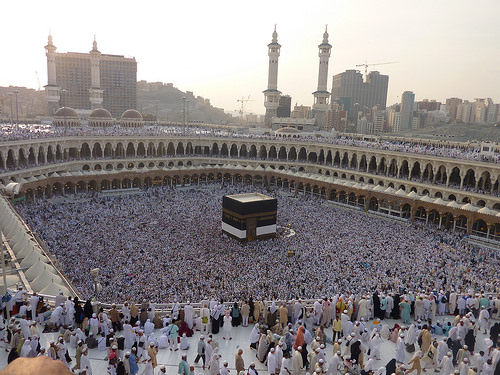 At Hajj, you get to be one of the people that answer the call of Ibrahim. And when you get there, see the Ka‘bah, perform ṭawāf around and pray in front it, run between Mount Safa and Marwa and drink from zam zam water like Ibrahim’s wife Hājar, and perform the rites the Prophet (SAW) performed on his Hajj, it’s an incredible historical, Fiqhi, and spiritual experience all-in-one.

2. A time and place to perform any worship possible
My wife was explaining to another sister something so unique about the city of Mecca particularly during the time of Hajj. She told her that it’s the one place in the world where every single act of worship can be performed. Wondering how so? Let’s break up worship into three tiers.

Tier one, acts that we do at home throughout the year like prayer, fasting, i‘tikaf, and giving charity. These can be done anywhere in the world at any time. 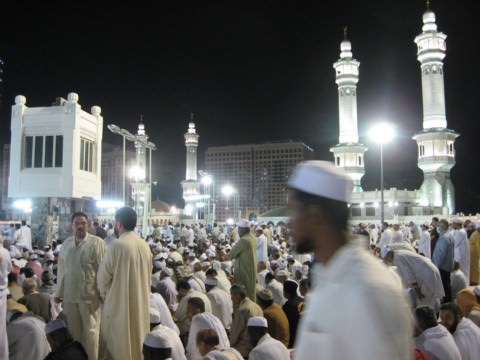 A scene of prayer, reading Qur'an, and making i'tikaf before Fajr at Masjid Al-Haram

Tier two, acts that can only be done in Mecca, such as ‘umrah, ṭawāf and sa‘ī.  These acts are limited to the city and at the Ka‘bah, but are not bound by time. 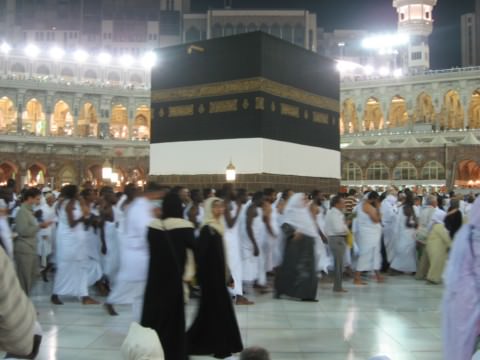 Tier three, however, is where the uniqueness kicks in. Acts that are only performed during Hajj, such as staying in Mina, going to the area of ‘Arafah to make du‘ā’ on the 9th of Dhul Hijjah and staying the night of the 10th, and performing ramī, the stoning of Shayṭān at Jamarat. 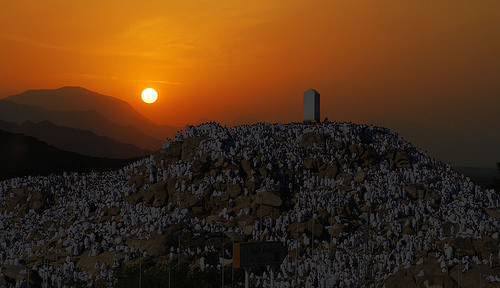 Pilgrims making du‘ā' on Mt. Rahmah on the Day of ‘Arafah

Only during Hajj do you have the ability to perform all three tiers of worship, and focusing on that during your trip makes it one of amazing worship and performing good deeds.

3. The feelings of being in the most unique event in the world
Take a look throughout human history and try to find anything that compares to Hajj. You can’t. It’s the most monumental event that ever existed in mankind, and the feelings you get from it are incredible.

You feel like your ego is crushed when you are in the same city as millions of people all there for the same reason as you. But it’s okay, because it empowers your belief in Islam. I mean, where else will you find up to four million people gathering for the same purpose, to pray to the same God, and ask Him for forgiveness and renewal? And under which religion? Only in Hajj and only in the religion of Islam. 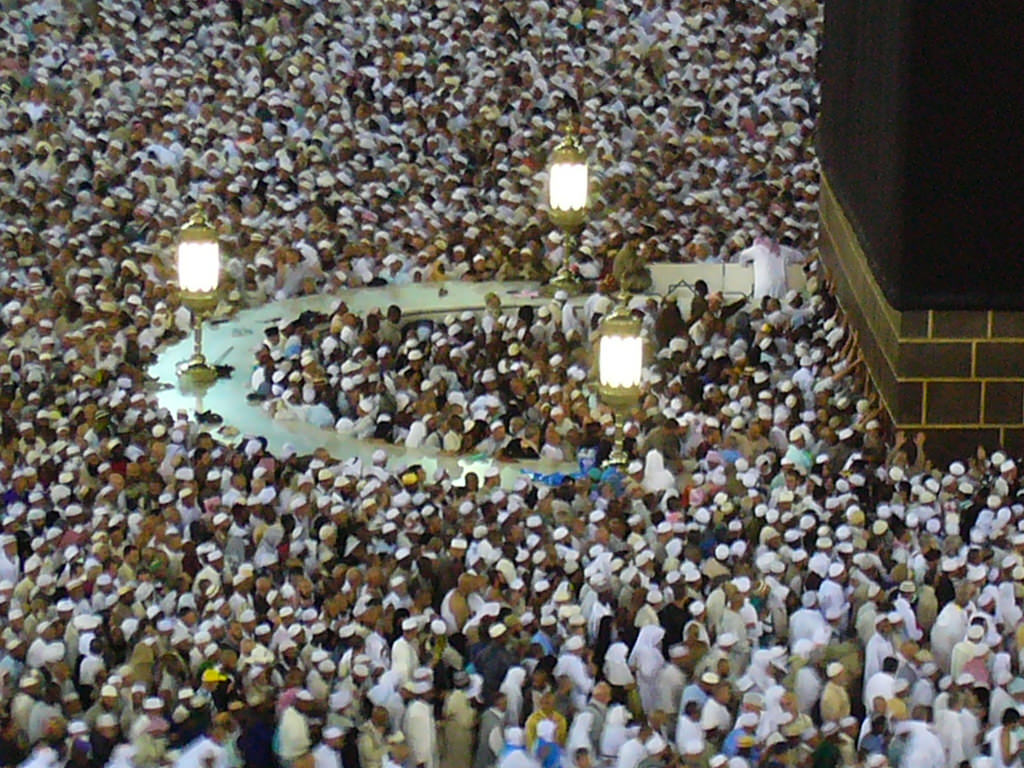 And because of those millions of people, you feel brotherhood and sisterhood in ways you’ve never felt before. The diversity totally stands out too. Arab, Desi, Turkish, Chinese, Guyanese, American, Chechen, African, Japanese, Russian, you name it and you’ll find it. Getting to know people of other backgrounds and cultures increases your love of Islam showing just how far the religion spread. 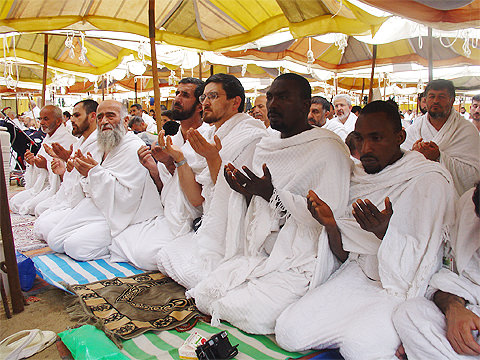 Muslims at Hajj come in all shapes, colors, and sizes

And lastly, after humbling you and teaching you to appreciate your fellow Muslims, you feel absolutely unique yourself that Allah chose you to perform the amazing journey during the year that you go. It’s only by His will that anything happens, and when you see old men and women from all over the ends of the Earth there to turn back to Allah, you realize what a blessing it is that you were chosen to be there, too. This, many people feel, is one of the biggest favors Allah ever gives them in the span of their entire lifetime. 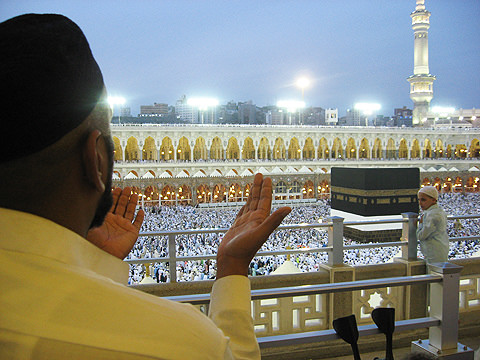 These aren’t the only unique aspects of Hajj. They’re just some that stood out to me. If you’ve gone, what made your journey unique to you, and if you haven’t gone, what unique part are you looking forward to the most?

Recounting Hajj pt. 3 – What It’s Like To Pray At The Ka‘bah