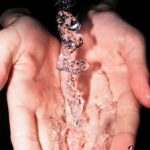 ‘The Supplication Series’ now has its own category. Readers can find previously covered supplications, as well as newer ones, in this convenient location.

Success in the Qur’an is tied directly to the purification of the soul. Allah subhanahu wa ta’ala takes seven consecutive oaths, found nowhere else in the Qur’an. When Allah ta’ala takes an oath, the object that is sworn by is great and the subject that the oath is taken for is great. Allah subhanahu wa ta’ala takes oath after oath, citing the most magnificent creations around us: the sun, the moon, the day, the night, the sky, the earth, and the soul, all to convey to mankind that success and failure is through tazkiyah:

“Indeed he succeeds who purifies his ownself, And indeed he fails who corrupts his ownself.” (91:9-10)

Taqwāhā: Taqwa literally means to take shield from something; to be on one’s guard. The purpose of a shield is to protect. Therefore, taqwa is the consciousness that saves a person from the punishment of Allah. Out of the fear of Allah, one avoids sins and seeks to perform good deeds to save himself from Eternal Punishment.

Zakkihā: Tazkiyah comes from the word zakaah which has three linguistic meanings. The first linguistic meaning is to increase or to grow. The second is good praise, or thanaa’ jameel. The third and final meaning for zakaah is to clean from dirt or filth, and then to beautify. An easy way of understanding it is to imagine cleaning a floor. The first step is to sweep up the dirt, the next to mop it clean. Each linguistic meaning gives a different aspect of religious understanding toward tazkiyah; it is to purify your soul from what has stained and dirtied it. This purification allows your soul to grow, thus winning the acceptance of Allah ta’ala and the creation.

Waliyyuhā: Al-Waliyy is one of the authentic Names of Allah ta’ala found in the Qur’an and Sunnah. A Wali is a special type of friend who expresses the will to help to you and support you. A wali is a friend whom you turn to for help, protection and support. The wali is the primary in the relationship, the dominant party. For example, if a father is the wali to his son, then the father is the primary in the relationship. Allah ta’ala is the Close Protecting Friend and Guardian of the Believers.

Allah is Al Waliyy- the One Who completely presides over all of the universal affairs of creation and to Whom belongs the managing of everything. He is the One Who provides His creation with all that benefits them from faith, cause of living, and the endless joy that awaits the believers in the hereafter. The One Who guides, guards, supports, and protects the believers by bringing them from darkness (ignorance, disbelief, worshipping false deities, disobedience, heedlessness, astray paths, and so forth) into light- into complete acceptance, complete submission and turning to Allah, gaining knowledge of Him, totality of faith, disassociation from all forms of worship to other than Him, obedience, and enlightening their hearts with the light of revelation and faith. He helps the righteous and pious, whose intentions are devoted to worshipping Him alone, associating no partners with Him. They are His friends. As for those who insist to reject Allah, and His upright religion of Islam, He, Allah the All Just, has left them to themselves. Consequently, they turn in all directions- seeking help, guidance, and protection from creatures like them- who do not benefit themselves, nor can they benefit others. They are deprived the eternal abode of happiness in Paradise, and hell has instead become their abode.

Mawlāhā: Al-Mawlā is also an authentic Name of Allah azza wa jal, and a Mawlā is more than a Wali; a Mawlā is someone who can protect you and actually does so–they are protecting you, while a Wali is someone who is willing to protect you. Al-Mawlā is The Benefactor and Supporter who provides victory and protection to those who do what He has commanded and avoid what He has forbidden. He is the One to whom we should to turn to for aid.

We ask Allah ta’ala to purify us in this life, to grant us taqwa and to make us among His obedient slaves. Ameen.