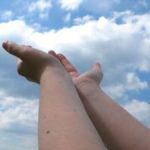 All Praise and Thanks are for Allah Alone  – The Forgiver of sin, the Acceptor of repentance, the Severe in punishment, the Bestower (of favors). None has the right to be worshipped but Him, to Him is the final return.

This month of mercy will soon come to an end, and this post will be last in the Ramadan duaa series. Alhamdulillah we’ve learned during this blessed month to ask Allah for The Greatest Delight, The Best of Both Worlds and Success in the Hereafter.

We’ve saved the best for last, the Attribute of Allah that embraces all things, His Mercy. Allah ta’ala says:

We should constantly seek forgiveness of Allah and turn back to Him while hoping in His Mercy and fearing His Punishment. What better way to end this month of mercy than by seeking forgiveness and mercy from Allah!

The Supplication of Abu Bakr

The first duaa is known as the duaa of Abu Bakr radi Allahu anhu. In a hadeeth in Saheeh Bukhari and Muslim, he narrated, “I asked Allah’s Apostle sal Allahu alayhi wa sallam to teach me an invocation so that I may invoke Allah with it in my prayer. He told me to say,

“O Allah, Indeed I have wronged myself excessively, and none can forgive sins except You, so forgive me out of Your forgiveness, and have mercy on me. Truly, You are the Oft- Forgiving, the Most Merciful.”

Dhalamtu/dhulman: Committed wrong. Dhulm literally means to place something where it does not belong. It also means to reduce the right of someone and to not give something in full that one deserves. In the Qur’an, dhulm is used to describe many things. Shirk is referred to as the greatest dhulm because those who ascribe partners to Allah are giving the rights of Allah to those who do not deserve those rights. It is also the greatest dhulm because ascribing partners to Allah is reducing the rights of Allah ta’ala. Allah also states in many ayat that He does not commit even the smallest amount of dhulm against anyone. This means that He does not reduce the recompense for anyone: whatever punishment or reward one deserves is what they will receive and He will not be unjust in giving the punishment. Furthermore, when one does not acknowledge the blessings of Allah and is arrogant, they are committing dhulm against themselves.

In this duaa, the dhulm we have committed against ourselves are sins. Why are sins referred to as dhulm? It is because when we commit sins we are disobeying Allah which is reducing His Rights.

Maghfiratan: Forgiveness. Maghfirah means covering the sin and not calling to account for it. When we ask Allah for His maghfirah, we are asking for our sins to be concealed and that He does not punish us for them.

Warḥamnī: And have Mercy upon me. Rahmah, mercy, means compassion, kindness and gentleness. It is when a person is kind, compassionate and tenderhearted towards the other. From the root of ‘rahmah’ also comes the word for ‘womb’. The Rahmah of Allah ta’ala envelops us and protects us, just as we were protected in the wombs of our mothers.

Al Ghafūr: The Oft Forgiving. This Name of Allah and the word “maghfirah” come from the same root. There are two opinions on the root meaning of this word. The first one means to cover, to conceal, and putting a shield over something. When Allah forgives, He protects His slaves from their sins just like a shield would protect the soldier and He conceals their sins from others. The second meaning comes from the word for a plant with which wounds are healed. It is said that sins are like an ailment, a disease or a wound on a person, and maghfirah is a cure that Allah gives us to heal the wounds that are all over us. The structure of “Ghafoor” denotes quality, indicating that He forgives sins that are small and big, those that are minor and major. If Allah is Al Ghafur, it means that He does not expose the sins of the sinner and covers their sins while He is fully aware of their wrongdoing, He protects them from the consequences of their sins, He forgives when He is asked and when He is not asked.This Name of Allah appears over 90 times in the Qur’an.

These two Names are paired 72 times in the Qur’an. The link between Al Ghafūr and Al Raḥīm is that He forgives the sins, over and over again, out of His Mercy.

Ali radi Allahu anhu narrated that the Prophet sal Allahu alayhi wa sallam used to recite this duaa in his prayer before saying the tasleem:

Qaddamtu: I committed in the past. Qadam is an interesting word in Arabic because it can have opposite meanings depending on the context. Qadam can mean to advance and it can also mean something that was left behind or previously done. In a way these meanings are connected because deeds that we did in the past have been advanced to Allah. In this duaa, ‘qaddamtu’ means sins that we already did in the past.

Asrartu: I concealed. This word comes from the root ‘sirr’ which means something done in private and is a secret. In this duaa, ‘asrartu’ means sins that no one knows about except for Allah.

A’lantu: I did publicly. This word comes from the root which means something that is done publicly and is manifest. In this duaa, ‘a’lantu’ means sins that were not done secretly.

Asraftu: I exceeded all bounds. This word comes from the root ‘israaf’ which literally means to eat away. Israaf not only means to be excessive, but it means to waste and be extravagant. Israaf means someone spends more in quantity than is actually needed. The who who transgresses is wasteful because they waste their own selves and destroy their moral and spiritual potential. In this duaa, ‘asraftu’ means those sins that we transgressed the bounds of Allah and may have done in excess.

Al Muqaddim: The One who Brings Forward. Al Muqaddim is a Name of Allah ta’ala which means the One who hastens or speeds whatever He wills. Allah can hasten our punishment if we do not repent for our sins.

Al Muakhkhir: The One who Delays. Al Muakhkhir is a Name of Allah ta’ala which means the One who delays or slows whatever He wills. Allah can delay our punishment until we repent from our sins. Out of His Mercy, He gives us respite and forgives much of what we do because if Allah were to take us fully to account for our wrong doings, not a single creature would remain on this earth. Rather Al Muakhkhir delays punishment so those who are sincere can repent to Him and those who disbelieve in Him can increase in sin.

Since both of these duaas relate to the forgiveness and mercy of Allah, their points of benefits have been combined.

And whoever does evil or wrongs himself but afterwards seeks Allah’s Forgiveness, he will find Allah Oft-Forgiving, Most Merciful. (4:111)

How Merciful, how Compassionate, how Loving, how Forgiving is our Lord. Seek His forgiveness now, The Messenger of Allah sal Allahu alayhi wa sallam said, “Allah, the Exalted, stretches His Hand during the night so that those who commit sins by day may repent, and He stretches His Hand in the day so that those who commit sins by night may repent. He keeps doing so until the sun rises from the West.” [Muslim]

What are you waiting for?