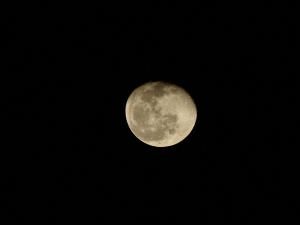 “The supplication of every one of you will be granted if he does not get impatient.” [Bukhari and Muslim]

One of the most beautiful avenues of communication with our Creator is through the avenue of duaa. We are all aware of the technicalities of duaa but do we ever reflect over the concept itself? Duaa is a mercy, a gift given to us by Allah subhanahu wa ta’ala; can you imagine anyone in a position of authority wanting to reward you for asking anything of them so that they can grant it?
It is indeed an undervalued possession and an underestimated weapon, and if ever we were to take the full advantage of this ni’mah we would realize its true essence, which is coming closer to our Rabb.

For this blessed month of Ramadan, I will be sharing an authentic duaa every week inshaAllah. These posts will include a recording of the duaa for memorization purposes, a word for word translation, brief analysis and benefits we can gain from the duaa.

The first duaa is one that pertains to our aakhirah; specifically asking for the greatest pleasure one can ever receive, the opportunity to see Allah azza wa jal.

The Prophet of Allah sal Allahu alayhi wa sallam narrated, “When those deserving of Paradise would enter Paradise, the Blessed and the Exalted would ask: Do you wish Me to give you anything more? They would say: Have You not brightened our faces? Have You not entered us into Paradise and saved us from Fire? He (the narrator) said: He (Allah) would lift the veil, and of things given to them nothing would be dearer to them than the sight of their Lord, the Mighty and the Glorious.” [Saheeh Muslim]

The Prophet sal Allahu alayhi wa sallam narrated this duaa in a hadeeth in Sunan an-Nisaa’i (authenticated by Shaykh Albaani):

O Allah, I ask You for the delight of gazing at Your Countenance and the eagerness of meeting You.

Word for Word Translation and Analysis

Allahumma: O Allah. Allahumma is a combination of: Ya and Allah. Instead of using a “ya” in the front to call upon Allah, the “meem” is added at the end. “Allahumma” is unique with the Name of Allah, it is not bound by this rule of using the “ya”. This rule does not appear anywhere or with anyone else, even in pre-Islamic poetry. When we say “Allahumma” we are affirming and emphasizing the uniqueness of our Lord;  He does not even share a duaa with His creation subhanahu wa ta’ala, as well as incorporating all of the Names and Attributes of Allah ta’ala.

Innī: indeed I. Innī is a combination of ‘inna’ (indeed, a word for emphasis) and “ni” (I)

As’aluka: I ask You.

Ladhdhaħ: Sweetness, delight, pleasure. Ladhdhaħ comes from the root which means something that pleases a person, satisfies their senses and has no harm in it.

an-Naẓri: The look. “Naẓara ilā”, such as in this duaa, means to look or gaze to something/someone. Allah ta’ala says in surah Qiyaamah ayah 23:

They (faces) will be looking to their Lord.

Wajhika: Your Countenance. Wajh means face but also carries the meaning of the whole self/being in Arabic. For example, Allah ta’ala says in surah Baqarah ayah 112:

Whoever submits His whole self (wajhahu) to Allah and is a doer of good,- He will get his reward with his Lord; on such shall be no fear, nor shall they grieve.

ash-Shawqa: Longing, eagerness. Shawq is a strong desire in one’s nafs for something.

Liqā’ik: Your meeting. Laqiya means to meet or an occurance.

Download here. (May Allah ta’ala reward our brother for recording these, Ameen)

May Allah ta’ala bless us with the delight of gazing upon Him, make our best deeds our last, and make the best day of ours the day that we meet Him ta’ala. Ameen.