First of all, Ramadan Mubarak to everyone from all of us at MuslimMatters!

It has been a while since my last substantial written piece. But the advent of this blessed month in a way that I haven’t witnessed in nearly two decades necessitated that I get over my writers block and get back to business!

You see, in the last few months, a career opportunity arose in a Muslim country that I couldn’t quite ignore. Combined with a familial desire for a “Muslim environment” (notice I didn’t say Islamic environment), I had little to lose and everything to gain, and so about two months ago, I moved into a new phase in my life.

After an absence of nearly twenty years from the Persian Gulf region, I was welcomed at the airport with the thick whiff of heat and humidity, but the unpleasantness more than balanced by salams and Muslim faces.

I should make an important disclaimer: this isn’t a post about hijrah. Rather this post is about being a professional worker in a Muslim country during Ramadan, and how it is different from the routine in the non-Muslim West.

It seems only yesterday that I bid farewell to the last Ramadan—a Ramadan that wasn’t particularly high on my list of “great Ramadans”. I remember spending the first 10 days of my Ramadan in Moscow on an MBA school trip, in other words, away from the comfort of home and community. Other than my visit to the two main mosques in Moscow (the green one below right next to the Moscow Olympic stadium) and meeting up with Muslims from countries that some of us may not even know existed, I don’t recommend Moscow being on any Muslim’s vacation plans. But this post isn’t about that trip either. 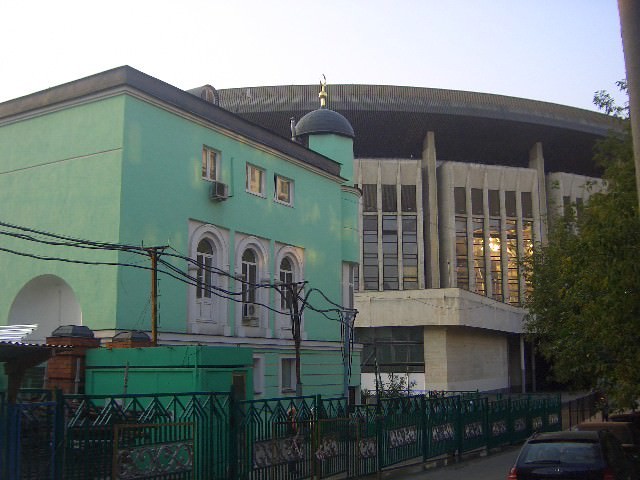 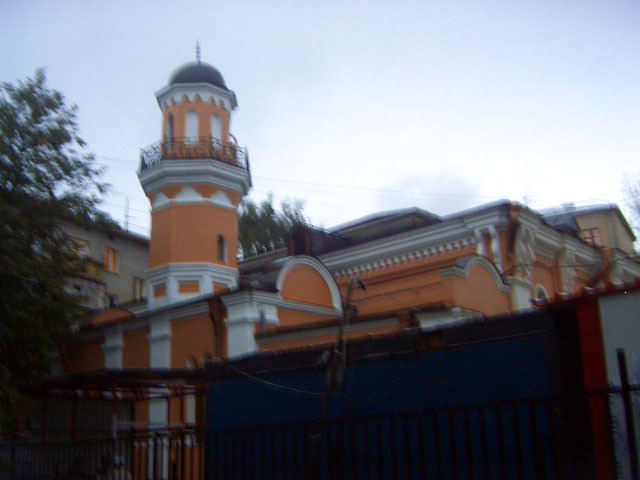 As everyone who works in the West knows, Ramadan is basically a non-event. Other than the formality of the President (at least in America) sending Ramadan greetings to Muslims, for everyone else work is regular ole work. For Muslims, life becomes doubly hard. The following cycle may be familiar to many of us:

Suhoor happens of course before work. Then if you want to pray Fajr in the masjid (and you should), you have to rush in wrapping up your cereal bowl (for some, that is more like parathas and lassi— don’t recommend it!). You come back from Fajr, and you are jumping in the shower to get ready for work. Usually there isn’t enough time to get in some Qur’an between Fajr and getting ready for work, but those who have that luxury of time, this is a great time to do it.

After a hard-day’s work, you rush towards home, sometimes missing the iftaar, especially if something urgent comes up at work, or if the sun sets earlier than your office hours.  Once you reach home, you change, barely have time to embrace your family (let alone read Qur’an), before settling in to eat your iftaar / dinner.

Within an hour or so, the time of Isha starts towering over your head. So, you drink your chai (to calm your throbbing headache, which usually rear its ugly head during the first few days), and take a bit of rest. You are barely rested, and it’s time to get to prayer! If the masjid is far, you have to leave several minutes early to make it (hence, the importance and benefit of living near the masajids).

And then there’s tarawih. Depending on your Imam’s “recitation speedometer”, you could easily spend 1-2 hours at the masjid. By the time you get home, you are sometimes an hour removed from midnight (and it is going to get worse with Ramadan moving earlier and earlier in summer).

Of course, you do need to wrap up other “regular” activities, like getting clothes ready for the next day, paying bills, visiting MM for the daily Ramadan dose ; ), and before you know it, it’s midnight. Suhoor being only hours away adds to your tension and stress about the next day at work, and this can only help with delaying your much-needed slumber!

If you are one of the lucky, devoted Muslims (all the power to you), you want to get up for some qiyaam-ul-layl before suhoor (it is Ramadan after all). Assuming you do get up, you pray, and before you know it, the time for suhoor is quickly escaping. So, you stop praying, wake up the family, and get ready for suhoor (if you are on a paratha-routine, consider skipping it this Ramadan to save some time!).

That was last year.

No more inshallah. At least not the same routine!

First of all, no moonsighting controversies! In fact, on the 29th Shawaal,  a “crescent-lookout” night, we went to pray Isha. After Isha, I was still psychologically prepared for some “news” of Ramadan, and got a weird look when I inquired! You see, within an hour of Maghrib, the question of Ramadan’s beginning no longer exists. No more crescent-wars, no more waiting till midnight to find out if some poor guy’s crescent sighting in California would pass muster with a committee of astronomical experts wanting to know everything from position and curvature of the crescent : ) Once Isha rolls in, no tarawih means no Ramadan. Simple as that. Ramadan was going to be Saturday, no questions asked! Text messages from local phone companies also greeted you (some of the “texting culture” here does get annoying though).

Back to our topic of being a professional at work, things definitely weren’t going to be routine this Ramadan!

We received an employee notice, a scrubbed version of which can be seen below.

I should make clear that this sort of notice isn’t unusual here. 90% of the companies have some version of reduce work-hours. Let me break this notice down for you:

So indeed something different this year at work!

After work, I plan to check out different masajids for tarawih. The choices are infinite. From the “quickies” of 30-45 minute to 2 ½ hour marathons. Available qarees from Bangladesh to Egypt and plenty of choices for recitations as well. One Imam is known to do Baqarah in one or two rakahs during Qiyaam.

So, that’s that… another reason for those who have the opportunity to move to a Muslim country, probably should (at least for Ramadan : ) ). Though I will admit that the challenge of fasting in a non-Muslim country comes with its own rewards, and tests of will and devotion. Pros and cons for each.

As for me, I haven’t yet started “Ramadan work”. So, let’s see inshallah if the hype lives up to its billing!

May Allah make this a blessed Ramadan for all of you, regardless of which part of the world you witness it in.

A special note: On the first night of Ramadan, a few of us went four-wheeling into the desert. We climbed up what appeared to be a massive dune to me (to be told that this was a “medium size”) and parked some “chattais” (twig sheets) on the desert floor. There we lay down to gaze at the sky, decorated with a million stars. Then we enjoyed some southern fried chicken (okay, not quite “eastern food”), and prayed qiyaam out in the open, under the light of the stars. Perhaps I’ll share expound on this experience another time inshallah.