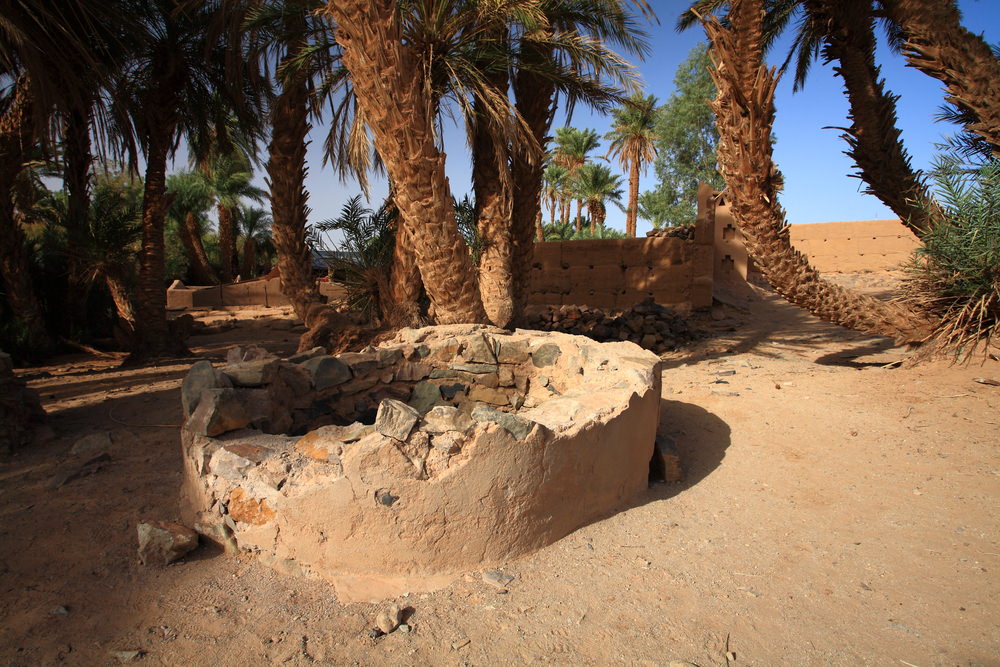 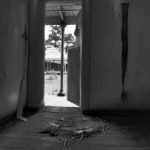 The following are some benefits we can gain from Surah Yusuf about dealing with trials.

1. It is Allah’s favor upon us that he chooses us to face his trials. It is not us who are doing the favor of bearing the hardships of trials for Allah’s cause.

Allah subhanahu wa ta’aala selected Yusuf to bear the hardships of different kinds of trials starting from the time of his childhood until his adulthood. The result? He came out from prison and became the ultimate minister, taking care of the treasures of Egypt even though he himself was a foreigner.

2. Facing trials is an inevitable everyday reality, not a matter of choice. However, few people in life try to adjust themselves to this reality and therefore constantly add extra pressure and stress to their trial instead of accepting it, understanding it and then work on getting out of it with the best results.

3. A trial is a pass/fail exam, so if you don’t pass it, you simply will fail. If you fail an exam (trial) you won’t go to a higher level and therefore you’ll probably face that same trial again and again until you pass it. See why some people keep doing the same mistake again and again and again?

Ikhtabara has to do with the purpose of the trial and that is examining and identifying the genuineness of ones claim of Iman. That is why the ayah in Suratul Ankaboot reads:

Baliya examines the quality of that Iman. When a person is tried that results an underlying stress-produce thought which will cause him to wear out mentally. And because our thoughts, emotions, feelings, behaviors and physical actions are all connected we feel physically worn out. This is in addition to the the physical hardships and obligations a person has to bear as part of his trial.

5. The Ibtilaa’ (trial) comes with a vicious circle of excruciating physical and psychological pain. First it starts with mental pressure because of the uncertainty about what is coming next ‘there is too much in mind’ and that causes depression which leads to sleep deprivation, loss of appetite and stop doing any physical activities. Getting physically tired doesn’t help the brain because no enough blood will be flowing up to it, and therefore the person becomes completely incompetent.

A believer should not give himself up to the whispers of the Shaytan, never stress yourself out mentally or physically, stay in good shape and exercise.

The test by evil (i.e. what people assume evil of hardships and difficult trials) is perceivable, that is to identify the truthful from the liar and verify the genuineness of ones faith. But the test with good which many people don’t pay attention to is even more difficult, because few people really maintain consistency in faith and gratefulness during such convenient times.

After his release from his trial, Imam Ahmad (rahimahullah) received gifts and wealth coming form the Khaleefa as a compensation for what he had gone through because of the state policy. He commented to his son,  “By Allah, this trial is harder on me than the one I came out from.”

When trouble touches men, they cry to their Lord, turning back to Him in repentance: but when He gives them a taste of Mercy as from Himself. Behold, some of them pay part-worship to other gods besides their Lord (Ar-Rum)

7. One of the most dangerous aspects of trials is the element of uncertainty which is the lack of knowledge or lack of confidence of what will happen to you next.

When you’re in a trial and you feel bad, there is an underlying stress-producing thought which is connected to your whole body’s system of thoughts, feelings, physical sensations, and behavior. This will definitely wear you out physically and mentally and puts you in an endless vicious circle of stressful thoughts and then physical failure.

Truly man was created very impatient; Fretful when evil touches him; And stingy when good reaches him;

And He said in Surah Ar-Rum

When We give men a taste of Mercy, they exult thereat: and when some evil afflicts them because of what their (own) hands have sent forth, behold, they are in despair!

That’s why believing in the Ghaib (unseen) is one of the first praised characteristics of the righteous at the beginning of suratul Baqara.

8. The soul of this deen is belief in the unseen – something that starts with a high level of uncertainty and doubt.

Being humans of materialistic nature makes the Ghaib in this life immaterialized and difficult to grasp without being of strong faith.

To do so you need to elevate your level of faith, al-iman, by practicing more of what you know and believe until you arrive at the highest level of this deen – Al Ihsan. That is to worship Allah as if you see Him, and if you cannot reach that level then make sure you worship Him knowing that He sees you. There are two levels of certainty: Aynal Yaqeen ‘Certainty of sight’ and that is the highest, and then Ilmal Yaqeen ‘Certainty of mind’. Both are mentioned in Surat At-takathur.

Allah Subhanahu wa Ta’aala is testing us with the level of Ihsan. This is shown in the first 2 Ayat of surat Al Mulk:

Blessed be He in Whose hands is Dominion; and He over all things hath Power; He Who created Death and Life, that He may try which of you is best (Ahsan from Ihsan in Arabic) in deed; and He is the Exalted in Might, Oft-Forgiving;

Yusuf alayhis salam was given both certainties and assurances. At the beginning of his trials when his brothers placed him the well:

“and We put into his heart (this Message): ‘Of a surety thou shalt (one day) tell them the truth of this their affair while they know (thee) not.”

And Aynal Yaqeen when it happened years and years later until he said:

“He said: “O my father! this is the fulfilment of my vision of old! Allah hath made it come true!”

9. Knowledge and Faith – Which one upholds the character of a person when afflicted by a calamity or struck by a trial?

Ibnul Qayyim rahimahullah explains that knowledge alone is not enough to help a person hold on during the time of Fitna and trial, because when a trial falls it takes people by surprise and people become completely distracted. Faith however stays and as a matter of fact shapes a persons response which reflects the level of beneficial knowledge s/he carries. If knowledge is not employed in ones life and not translated into action then it’s not beneficial.

If knowledge was enough to pass a test or trial, then Iblis would be the most worthy of success, but he was not.

How do tests differ from being punished for sins? Is there any way to tell?

Both are part of the test. Punishment for sins does not necessarily have to be with a severe or excruciating kind of punishment, it can simply be with ample convenience like wealth, power, or access to more sins – that is,  an allurement. Allah subhanahu wa ta’aala says, “and We test you by evil and by good by way of trial.” Always have good assumptions regarding Allah while keeping in mind that it might be because of what you have done. Keep the balance.

Is it correct to say that if you fail a test, Allah places similar trials before you as a second chance and because you’ve disobeyed Allah, His punishment is by pushing you away through various “allurements,” but in actuality He is testing you, kind of like “tough love,” to see if you will come back to the truth?

You are right on this and here is one example from Surah al-An’am that many use as a proof,

Before thee We sent (Messengers) to many nations, and We afflicted the nations with suffering and adversity, that they might learn humility. When the suffering reached them from Us, why then did they not learn humility? On the contrary their hearts became hardened, and Satan made their (sinful) acts seem alluring to them. But when they forgot the warning they had received, We opened to them the gates of all (good) things, until, in the midst of their enjoyment of Our gifts, on a sudden, We called them to account, when lo! they were plunged in despair! Of the wrong-doers the last remnant was cut off. Praise be to Allah, the Cherisher of the Worlds. (6:42-45)

The answer is in surat An-nazi’aat:

Then, for such as had transgressed all bounds, And had preferred the life of this world, the Abode will be Hell-Fire; And for such as had entertained the fear of standing before their Lord’s (tribunal) and had restrained (their) soul from lower Desires, Their Abode will be the Garden. (ayah 37-41)

Persistence is the key to success; persist on Tawba even if you fail. If you stop and surrender then it’s another failure. Failing once is better than failing twice and twice is better than thrice.

My servant has committed a sin, then my servant said: ‘My Lord, I have committed a sin, O forgive me.’  And Allah will say, ‘My servant knows he has a Lord who forgives the sin and who holds one accountable for it. Be my witnesses that I have forgiven him.’

The man then commits another sin then says the same thing…on the forth time Allah says, ‘Write down an inerasable Tawba ‘repentance’ for my servant, so let my servant do what he wants.’

This hadith however, does’t justify sin or give a green light for those who wish to indulge in haram. The hadith informs us that a heart which becomes addicted to Tawba cannot hold too long on the sin, and soon will this heart return to Allah in repentance. And with such addiction and adherence to sincere Tawba, no sin can last.

How can i go about studying the Quran and be able to extract the values (and inshaAllah) uphold what Allah commands of us?

“And We have indeed made the Qur-an easy to understand and remember: then is there any that will receive admonition?”

I cannot find a better answer other than this one. Repetition.

Taking Advice From the Past To Save the Future

Sh. Yaser Birjas is originally from Palestine. He received his Bachelors degree from Islamic University of Madinah in 1996 in Fiqh & Usool, graduating as the class valedictorian. After graduating, he went on to work as a youth counselor and relief program aide in war-torn Bosnia. Thereafter, he immigrated to the U.S. and currently resides in Dallas, Texas. He is also an instructor at AlMaghrib Institute, where he teaches popular seminars such as Fiqh of Love, The Code Evolved, and Heavenly Hues.