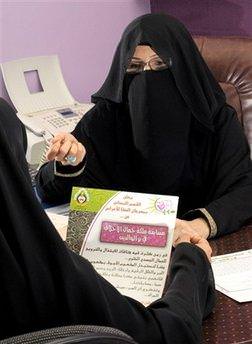 The term “beauty pageant” conjures up images of young beauties “strutting their stuff” before a panel of judges, a live audience, flashing cameras, and global television viewers. As a just-turned-13 teenager, I remember the flurry of excitement among my friends whenever such a pageant was to be aired. We’d all watch with envious wistfulness as each picture-perfect lass got dolled up and presented herself to be judged in several outfits and environs. The next day, in the school bus and before class, we’d express our opinions about our favorite contestant, who should have won, who not, and why. It was all very girl-girly and immature, but nevertheless, it was evidence of the fact that every young girl dreams to one day be classified as a “beautiful woman”.

However, as maturity set in, and the passage of years revealed just how disconcerting, and downright degrading, the presence of lustful male attention or their other obvious overtures can be, my childish adulation of models and beauty queens turned a bit into distasteful wariness. I remember going to Pakistani open-air markets with my mother (itwar bazaar, jumma bazaar….our Pakistani readers will get the drift; it gets so bad for women there, that some of my friends’ mothers and cousins have even delivered spot-on punches to Eve-teasers in these markets — no kidding!!) and I remember becoming extra conscious of my dupatta doing the needful among the ludicrously lewd stares. I eventually started hating going to the market. I found myself thinking that though being beautiful is great, how could these models and pageant queens handle the unwelcome attention? How could a beautiful girl walk down a catwalk, at times half-nude, to be stared at and “judged” for her face, hair, and body, by half the world? And why did these pageant queens do so much humanitarian and ambassador work after being crowned for just their physical looks and their half-minute oration ability?

So when news of a different kind of pageant started doing the rounds, I was pleasantly surprised. That this pageant is relatively new, and is based in Saudi Arabia, is something that will render it prone to its fair share of skeptical criticism and race-based media onslaught. We know that Saudis have their dedicated set of extremely vocal critics. Anyway, on to the pageant and it’s details: the title is “Miss Beautiful Morals”, it is open to women of ages 15 to 25, and it requires them to attend some classes and be observed for their conduct with their mothers:

Sukaina al-Zayer is an unlikely beauty queen hopeful. She covers her face and body in black robes and an Islamic veil, so no one can tell what she looks like. She also admits she’s a little on the plump side.

But at Saudi Arabia’s only beauty pageant, the judges don’t care about a perfect figure or face. What they’re looking for in the quest for “Miss Beautiful Morals” is the contestant who shows the most devotion and respect for her parents.

“The idea of the pageant is to measure the contestants’ commitment to Islamic morals… It’s an alternative to the calls for decadence in the other beauty contests that only take into account a woman’s body and looks,” said pageant founder Khadra al-Mubarak.

“The winner won’t necessarily be pretty,” she added. “We care about the beauty of the soul and the morals.”

So after the pageant opens Saturday, the nearly 200 contestants will spend the next 10 weeks attending classes and being quizzed on themes including “Discovering your inner strength,” “The making of leaders” and “Mom, paradise is at your feet” _ a saying attributed to Islam’s Prophet Muhammad to underline that respect for parents is among the faith’s most important tenets.

Pageant hopefuls will also spend a day at a country house with their mothers, where they will be observed by female judges and graded on how they interact with their mothers, al-Mubarak said. Since the pageant is not televised and no men are involved, contestants can take off the veils and black figure-hiding abayas they always wear in public.

The Miss Beautiful Morals pageant is the latest example of conservative Muslims co-opting Western-style formats to spread their message in the face of the onslaught of foreign influences flooding the region through the Internet and satellite television.

A newly created Islamic music channel owned by an Egyptian businessman aired an “American Idol”-style contest for religious-themed singers this month. And several Muslim preachers have become talk-show celebrities by adopting an informal, almost Oprah-like television style, in contrast to the solemn clerics who traditionally appear in the media.

The best thing about this pageant is that it makes its contestants compete or strive harder for becoming more pious Muslim women, i.e. by gaining knowledge that will improve their akhlaaq: character and dealings with people, their own parents in particular, and also their own personality. Also, physical looks and figure measurements will thankfully be ignored during judgement, which is a welcome change in a world that, now, truly dictates to women just how much they should weigh and what they should look like, at any stage in life. In a world of hair-color changes, false lashes, botox, liposuction, tummy-tucks, facelifts and chest-surgeries, this pageant offers a breath of fresh air.

What about the age requirement? Can a woman possessing beautiful morals not be past 25? Also, as is always the case, can non-Saudis contend to participate? These questions arise naturally when one reads about “Miss Beautiful Morals”.

All I know is, that as a woman who felt distinctly uncomfortable amid stares and other renditions of amorous male attention, and who eventually felt the heady waves of absolute freedom and liberation by donning the Islamic hijab, any pageant that takes into account only a woman’s character, Islamic conduct, taqwa and knowledge and not her beauty; that does not cash in on the display of lines upon lines of young lovelies by garnering media attention and lucrative sponsor deals; and does not use the male vote to attach tags based on hip-and-bust measurements, is a welcome change from the norm, if nothing else; one that can show to the world what the true merit of a woman should be, for others, insha’Allah.

And just for the record, I now make the rare trip to Itwar Bazaar without any worries, alhamdulillah.

Yasir Qadhi: My Conversion – Admitting One’s Mistake and Moving On

Return to Wholeness: A Message from Imam Siraj Wahhaj