We haven’t forgot about Dr. Aafia, Have you?

Time to put all those past pledges into action!

The following is a transcript of Mr. Siddiqui’s (Aafia’s brother) speech at the MLFA Annual Fund Raising Dinner on April 25, 2009: 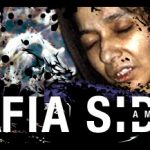 Thank you for the opportunity to share with you information about my little sister, Aafia Siddiqui’s case. I especially want to commend you for your courage and support in that you are here tonight.

I have been given the difficult task of presenting a short briefing regarding the facts surrounding Aafia’s case.

However, a brief explanation will not allow me delve into all the angles involved in the case so I will try to focus on the core points from my perspective.

So much has been claimed about my sister. So many labels have been applied to Aafia that unfortunately her humanity has been lost. In order to put the case in context, I will have to digress slightly, and perhaps the best place to start is the beginning – the beginning for me was our upbringing.

Aafia was the youngest child in our small family of three. She was always an accomplished student, who treasured education and it was this pursuit of education that lead her to the U.S. at a young age. When she came here, she lived with me before getting her scholarship to MIT. During this time, my little sister devoted herself to her studies and Muslim student activities. She always had a soft spot for helping people and dawah work.

Aafia also had a passion for children, which sounds nice to say; however, proof was in the fact that she dedicated her education at MIT and Brandeis towards the developing of creative and easy techniques for teaching children. Her own dream was to start a school where her techniques could be put into practice. And when she had children of her own, she was totally devoted to them.

Here is one of the many cruel ironies of Aafia’s life in that someone who dedicated her life to children would end up losing her own.

It was just over 6 years ago that my family’s nightmare began.

In March 2003, my little sister and her three small children all disappeared from Karachi.

It was Aafia, her oldest, Ahmad, who was 6 at the time, Maryum who was 4 and Suleman, who was only 6 months.

After many attempts by my family to find out what happened, we heard reports from both the Pakistani & U.S. press that Aafia had been picked up by security officials and handed over to the U.S. for questioning.

Then nothing… Silence. We could get no official word.

As we started to raise questions, my family was “advised” to stay quiet and told we would be left alone…

I am sure you all remember the atmosphere of the time. There was a tremendous climate of fear… and many reports of people just disappearing, especially overseas. Over time, we made discreet inquiries but as hope began to fade we resigned ourselves to the belief that she and her children were probably dead. My mother would search burial sites as not a single day went by that we forgot her but we kept our pain private as we struggled to move on.

Meanwhile, my sister Aafia, the human being, the mother of three was lost in her own abduction. Her story made her fair game. She was transformed into a flash point, a talking point for all sorts of allegations and speculations in the press, while legends evolved around her from parties with their own interests and agendas.

While we were silently grieving, many human rights groups added Aafia’s name to the growing list of missing persons. It seems Aafia’s was not an isolated case. There were hundreds…

Some of you may recall the time when the issue of missing persons became a hot button in Pakistan. It was during this time, when the Chief Justice started asking about the missing persons, that he was sacked.

In early 2008, Moazzem Beg, a former detainee at Gitmo identified Aafia among the women prisoners at Bagram. By early July, a prominent Pakistani politician, Imran Khan and British reporters released reports about Aafia being a detainee in one of the secret prisons.

Then suddenly, in late July 2008, we learned directly from the FBI that Aafia had been shot in Afghanistan and was being brought to the US on charges of attempting to shoot U.S. servicemen.

We were in total shock – on the one hand my family was overjoyed to learn that Aafia was alive… yet at the same time she faced such extraordinary charges and allegations that we feared for her future.

In an instant, we experienced simultaneous joy and horror; hope and despair, a miracle and an extraordinary test.

And the children – Only one of her children is accounted for. The others, to this day are still missing.

I have often wondered what it must have been like for her and I cannot imagine … just imagine what you would do if somebody took your children? Or, rather what would you not do?

It is important that you understand this, because unless you grasp this, you will not grasp the enormity of this case and what it represents. Why Aafia is where she is and how she acts. Why so many feel for her and why others may feel threatened by her case.

Officially she is charged with the attempted murder of U.S. soldiers. She has categorically denied these charges. Several journalists, including one of the first foreign journalists from Reuters who visited the scene and interviewed eye witnesses have disputed the official version, echoing Aafia’s account.

The charges are hard for me to understand because my little sister loved this country (The U.S.), where she earned an outstanding education. She disliked violence and respected the American work ethic and the value placed on merit and self achievement. Her own life exemplified this. She completed her education at MIT by working campus jobs and earning scholarships. She balanced her religious faith with a desire to forge a modern education. – And here is another one of those cruel ironies – as that very education is being used to vilify her.

Currently, the court proceedings are lingering. This adds to all the confusion and hype surrounding the case, not to mention challenging her physical and mental well being and even the ability to build a proper defense.

Then, there is the atmosphere of fear that we still live in today as those who would rise up and speak boldly are few and far between. I hear many private testimonials from people who knew her and still speak highly favorably about her but most fear speaking out publicly.

Aafia has alleged that she was held captive for over 5 years. The government’s response was to initially send Aafia for a mental evaluation and their own doctors determined she was incompetent to stand trial and may have post traumatic stress disorder.

The prosecution, not liking this, decided to get outside experts to overrule the findings (their own original findings) and currently the original doctors are revising their findings so she can stand trial.

Meanwhile, so much time has passed and Aafia continues to linger in prison. But despite all these challenges, she remains spiritually strong and her faith is undiminished although I do find myself questioning my own at times.

Court appointed lawyers are paid low fees, and even then, the lawyers constantly struggle get funds pre-approved from the judge. In this system, the other side knows everything you are doing.

Appointed lawyers do not even have to have expertise or experience in the area of charges relevant to the case of Aafia.

So, how can Aafia build a trusting and confidential relationship without a lawyer of her own choosing?

The case is complex and requires independent investigation and a team of capable and experienced lawyers.

This is why are teaming up with MLFA. They have experience in getting a solid legal team in place and are set up to do proper fund raising and accounting for cases like this. They have access to the best legal minds and experts and the ability to negotiate the best fees.

I never thought anything like this could ever happen to my family… I mean this is, or this was, something that only happens to other people…. We were professionals going about our daily lives and yet, here I stand before you after 6 years, 6 long and painful years that have taken a very heavy toll on all our lives, the lives of our children and on our community.

But I stand here because I want to thank you for your courage, your support and your prayers. In spite of, or perhaps because of all the contradicting reports, you are here tonight. Help us help Aafia.

I believe that perhaps the most striking duality about my little sister’s case is that while justice has eluded her, perhaps she can help establish justice for others.”

Dr. Aafia’s family has offically partnered with MLFA to secure funding and a effective legal defense. To support Dr. Aafia visit her case’s website at: https://www.mlfausa.com/donateAafia.php!

A Christian, a Jew & a Muslim Go to the Bar: The Prison Book Ban & How We Busted It