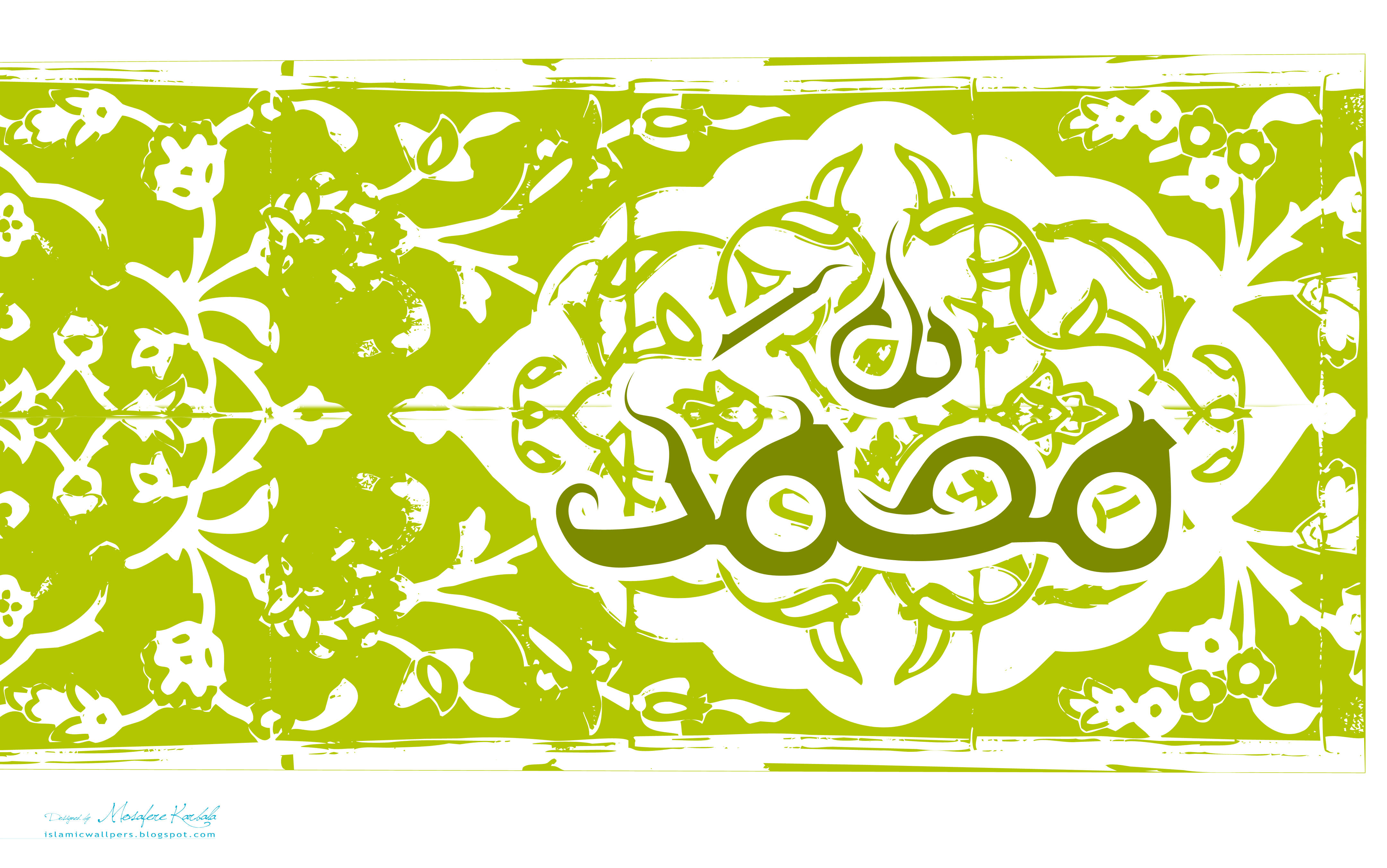 This article comprises of three parts. In part one, the various opinions regarding the birth-date of the beloved Prophet salla Allahu alayhi wa sallam are mentioned. In part two, the history of celebrating this day will be documented. 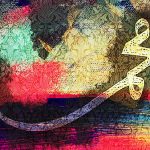 is the 12th of Rabīʿ al-Awwal, in the ‘Year of the Elephant’, which is the year that the Abyssinian Emperor Abraha attacked the Kaʿbah with an army of elephants. However, most Muslims are unaware that there has always been great controversy over the precise date of the Prophet’s salla Allahu alayhi wa sallam birth, and it is quite possible that the 12th of Rabīʿ al-Awwal is not in fact the strongest opinion on the matter.

When we turn to books of history, a number of dates regarding the birth of the Prophet salla Allahu alayhi wa sallamare found. Ibn Isḥāq (d. 150 AH), the earliest and most authoritative biographer of the Prophet

, states, without any isnād or other reference, that the Prophet

was born on Monday, the 12th of Rabīʿ al-Awwal, in the ‘Year of the Elephant’.1 Between Ibn Isḥāq and the birth of the Prophet

lies almost two centuries, so some more proof is needed before this date is settled on.

Another extremely important early source, Ibn Saʿd (d. 230 AH) in his Ṭabaqāt,2 mentions the opinion of a few early authorities regarding the date of his birth. In order, they are:

4) The ‘Year of the Elephant’, no precise date.

It is interesting to note that Ibn Saʿd, one of the most respected historians of early Islam, does not even list the date of the 12th of Rabīʿ al-Awwal as a possible candidate. Of course the last two opinions are correct and do not clash with any specific date, but by quoting earlier authorities who only gave this information, it can be noted that the precise birth date of the Prophet salla Allahu alayhi wa sallam was not known to them, hence they only gave the information they knew.

Ibn Kathīr (d. 774), the famous medieval historian, also lists many opinions in his monumental al-Bidāya wa-l-nihāyah regarding the birth-date of the Prophet salla Allahu alayhi wa sallam.3 He states that the majority of scholars believed that the Prophet salla Allahu alayhi wa sallam was born in the month of Rabīʿ al-Awwal, but differed regarding the precise day of the month. Some of these opinions are:

1. 2nd Rabīʿ al-Awwal. This was the preferred opinion of Abū Maʿshar al-Sindī (d. 171 AH), one of the earliest scholars of sīra, and of the famous Māliki jurist and scholar, Ibn ʿAbd al-Barr (d. 463). It was also listed by al-Wāqidī (d. 207 AH) as a possible opinion. [Al-Wāqidī is one of the most reputable early historians of Islam, despite his weakness as a narrator of ḥadīth].

2. 8th of Rabīʿ al-Awwal. This was the opinion of the Andalusian scholar Ibn Ḥazm (d. 456 AH), and many of the early scholars. Imām Mālik (d. 179 AH) reported this opinion from al-Zuhrī (d. 128 AH) and Muḥammad b. Jubayr b. Muṭʿim (a famous Successor), amongst others. Ibn ʿAbd al-Barr, while subscribing to the first opinion, said that this opinion was the opinion of most historians. Ibn Diḥya (d. ~ 610 AH), one of the first to write a treatise on the birth of the Prophet salla Allahu alayhi wa sallam, also considered this date to be the strongest opinion.

3. 10th of Rabīʿ al-Awwal. This has been reported by Ibn ʿAsākir (d. 571 AH) from Abū Jaʿfar al-Bāqir (d. 114 AH), a descendant of the Prophet salla Allahu alayhi wa sallam and an alleged Imam of the Shiʾites. It is also the opinion of al-Shaʿbī (d. 100 AH), a famous scholar and student of the Companions, and al-Wāqidī (d. 207 AH) himself.

4. 12th of Rabīʿ al-Awwal. This is the opinion of Ibn Isḥāq (d. 150), who reported it without any reference. In other sources, it is reported as the opinion of Jābir and Ibn ʿAbbās, but there is no isnād found in any primary source book to them. Ibn Kathīr writes, “…and this is the most common opinion on the matter, and Allah knows best.” I could not find this opinion attributed to any other authorities of the first few generations of Islam.

5. 17th of Rabīʿ al-Awwal. This was the opinion of some Shiʾite scholars, and is rejected by most Sunnī authorities.

6. 22nd of Rabīʿ al-Awwal. This opinion has also been attributed to Ibn Ḥazm.

7. In the month of Ramaḍān, without a specific date, in the ‘Year of the Elephant’. This was the opinion of the famous early historian al-Zubayr b. al-Bakkār (d. 256), who wrote the first and most authoritative history of Makkah, and some early authorities agreed with him.

8. 12th of Ramaḍān, in the ‘Year of the Elephant’. This opinion was reported by Ibn ʿAsākir as being held by some early authorities.

These are the most predominant opinion regarding the date of the Prophet’s salla Allahu alayhi wa sallam birth. However, this is by no means comprehensive – for example, a modern researcher has concluded that the 9th of Rabīʿ al-Awwal is the strongest candidate for the exact date, whereas a few earlier authorities even disputed the very year, claiming that it was ten, or twenty-three, or forty years after the ‘Year of the Elephant’.4

Why is the opinion of the 12th of Rabī al-Awwal so popular?

As can be seen, there are numerous opinions regarding the precise date of the birth of the Prophet

some of which differ about the month, and others even the year. However, an overwhelming majority of historians and scholars agreed that he was born on a Monday, in Rabīʿ al-Awwal, in the ‘Year of the Elephant’, which corresponds to 570 (or 571) C.E.

Within the month of Rabīʿ al-Awwal, more than half a dozen opinions exist. Out of all of these dates, the two dates of the 8th and the 10th were in fact more popular opinions in the first five centuries of Islam, and in particular the former opinion was given greater credence. Why, then, is the date of the 12th of Rabīʿ al-Awwal considered the most popular in our times, so much so that most people are unaware of alternate opinions? This question is all the more compelling in light of the fact that Ibn Isḥāq narrates this opinion without any reference. This can be explained, and Allah knows best, by two factors.

Firstly, the popularity of Ibn Isḥāq himself. His book of sīra is a primary source of information regarding the biography of the Prophet

. Since his bookis a standard reference for all later writings, many scholars simply copied and pasted his opinion, disregarding the other opinions (some of which were given more weight by earlier authorities).

Secondly – and this perhaps is a stronger factor – the first time that a group of people decided to take the birthday of the Prophet salla Allahu alayhi wa sallam as a public day of celebration (i.e., the inception of the celebration of the mawlid) , it so happened that they chose this opinion (viz., the 12th of Rabī al-Awwal). Hence, when the practice of the mawlid spread, so did this date. This also explains why Ibn ʿAbd al-Barr, writing before the conception of the mawlid in the fifth century of the hijrah, stated that the most common opinion amongst historians was in fact the 8th of Rabīʿ al-Awwal, and yet Ibn Kathīr, writing three centuries later, after the mawlid had been introduced as a public festival, stated that the 12th of Rabīʿ al-Awwal was the most common opinion.

The exact birth-date of the Prophet salla Allahu alayhi wa sallam has always been the subject of dispute amongst classical scholars. Nothing authentic has been reported in the standard source books of tradition, and this fact in itself shows that it was not held in the significance that later authorities did. The 12th of Rabīʿ al-Awwal is a strong candidate for being the exact birth date of the Prophet salla Allahu alayhi wa sallam, but the 2nd, 8th and 10th are also viable and well-respected positions, with the 8th being the weightiest.

As to who was the first to celebrate the mawlid, and how it spread in Muslim lands, that shall form Part II of this article, insha Allah.

The Siege On Gaza Has Been Broken!