Please join us in welcoming our new associate writer and first sister among the associates – Amatullah. You can read her bio here. 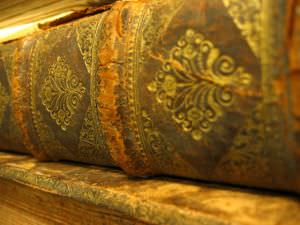 In the summer of 2006, I had an amazing opportunity to perform umrah for the first time in my life, a 20 day seerah trip where we were visited by a different scholar each day to teach us a section of the life of the Prophet sal Allahu alayhi wa sallam. After performing our umrah during the most blessed part of the night, the last third, I was anxious to finally pray in jamaa’ah behind one of the famous Imaams of the Haram.

While I was standing there in the most blessed house of Allah, in the most blessed city, hearing the most blessed of Speech, complete sadness overtook me. How is it that I am standing before my Rabb, hearing His words echo all around me, yet I cannot comprehend a word of it? I was utterly ashamed. After finishing my first prayer in the haram, I made the intention to begin learning this blessed language on my return.

Ask anyone who has taken the steps to learn Arabic, and they will tell you of similar moments when the urgency hit them to learn the language of the Qur’an.

Unfortunately, the majority of this ummah does not understand their own book. As the generations of Islam progress, we move further and further away from the Qur’an. We have forgotten the fact that the Qur’an is speech; for if the Qur’an is speech, then we will agree that speech is to be understood. What is holding us back then, from understanding the book of Allah?

The Qur’an has become a means to only seek barakah (blessings). It has become an unpractical mix of medieval ideas and stories of old that are, once in a while, taken off our dusty shelves; and once in a while that nice reciter makes for a good sleep aide. Many of us feel that we cannot approach the Qur’an or derive lessons and practical benefits from it and we have removed ourselves from using it as a guide in our lives. We turn to other sources before the Qur’an. We migrate from the Words of the Creator to the deficient and weak minds of the creation. How can we ever think that we will be successful if this is our state? As the Prophet sal Allahu alayhi wa sallam said, “Surely Allah raises some people by way of this Book and lowers others by it.” (Saheeh Muslim)

So, what is really holding you back?

We have certainly facilitated the Qur’an for remembrance. (54:17) يَسَّرْنَا is from ya-seen-ra (ي س ر), yusr, and tayseer is to make something right, appropriate and fit for the purpose. It is to remove everything that is unsuitable, so that the purpose it was made for can be achieved.

Yassarna does not mean the Qur’an has been made very simple, rather it means it is fit and has been made easy for its purpose: Dhikr, to understand it, to take a lesson from it, and to remind yourself and others with it. The Qur’an is ready and prepared for the purpose of remembrance.

For us to take a reminder, we need to come to the Book of Allah with the proper attitude and understanding. What do we need to ensure?

Intentions: We cannot come to the book of Allah with different intentions thinking we will be successful. There is only ONE direction here, and that is to seek guidance. We use the Qur’an for everything but guidance. When you seek guidance from this Book, then you will receive protection, love and respect. Be humble in front of Allah and acknowledge that you are in need of guidance.

Purity:  The Qur’an is a blessed book, and can only be carried in a pure container. Allah ta’ala does not give the knowledge of His book to sinners. We need to constantly purify our hearts and seek forgiveness for our sins so that we can be containers for this Book.

Priority: The amount of effort we put into something shows how important it is to us. Make an assessment of your relationship with the Qur’an.  Ask yourself: would Allah see me as those who give the Qur’an priority? Is it a priority? What we get out of the Qur’an is what we put into it. We need to be confident that this Book is universal truth. Be afraid that we don’t represent the Book of Allah.

Learn: We will never understand the Qur’an without studying Arabic, period. You will never be a proper student of knowledge without Arabic, period. Learning Arabic, contrary to popular belief, is required of us. Allah chose this language for the last revelation to mankind, and if the Companions themselves stressed the knowledge of this language amongst themselves, who are we? Umar radi Allahu anhu said, “Learn Arabic for it is a part of your deen.” A science that has been lost with the language is the science of tafseer. Many Muslims think tafseer is extra, while in fact tafseer is included in understanding the Qur’an. Tafseer keeps us from interpreting the Qur’an to fit our own ideas, and allows us to understand the interpretation of the verses based upon other verses and narrations of the Prophet sal Allahu alayhi wa sallam, Companions and righteous predecessors. One of the salaf gave an amazing parable on the importance of tafseer, Iyaas ibn Mu’aawiyah (may Allah have mercy on him) said: “The example of a people who recite the Qur’an and do not know its explanation is like a group of people who have a written message from their king that comes to them during the night, and they do not have a lamp. Therefore, they do not know what is in the message.” The most important aspect of learning the Qur’an is memorizing it. The beauty lies in the relationship: while you memorize Qur’an it builds Arabic, and while you learn Arabic, it builds your understanding of the Qur’an.

Act: The Qur’an was sent down to be acted upon but we have taken just reciting it as enough of a deed. Knowledge of the Qur’an is not enough, rather this knowledge needs to be beautified with deeds. Umar radi Allahu anhu said, “Do not be fooled by one who recites the Qur’an. His recitation is but speech – but look to those who act according to it.” How does one act upon the Qur’an? Qaadhi Iyyadh said, “They should treat as halaal what it makes halaal and treat as haraam what it makes haraam, they should take on its commandments and stay away from what it forbids, and they should stop to ponder its amazing knowledge and wisdom.” Ponder on the verses of Allah, use the intellect He gave you, and you will begin to taste the sweetness of reflecting on the Qur’an and acting upon it.

Allah ta’ala then presents a challenge to each and every one of us after declaring the facilitation of this Book:

فَهَلْ مِن مُّدَّكِرٍ
Then is there anyone who will put in the effort to remember? (54:17)

The Qur’an has been prepared, it has been made easy, it has been facilitated. All that it’s waiting for is the Muddakir: the one to come and take heed of the remembrance.

The Qur’an is ready brothers and sisters. The question is…are you?

Who are You to Judge?