If you haven’t heard it yet – The Beard Interview.

This was my first foray into a full on “field recording” type of interview. For a few months now I have been looking into recording tips and hardware. Insha’Allah tomorrow we will have a post about how to record Islamic talks, along with some truths/myths of recording.

This post will highlight the set up that we used to conduct and record the interview, trying to get as high quality of a recording as possible.

Before getting to this stage, I had spent a few weeks researching what hardware to buy. Tomorrow’s post will go into more detail on hardware and why this equipment was selected, but the recording was done using a Zoom H4 Handy Recorder 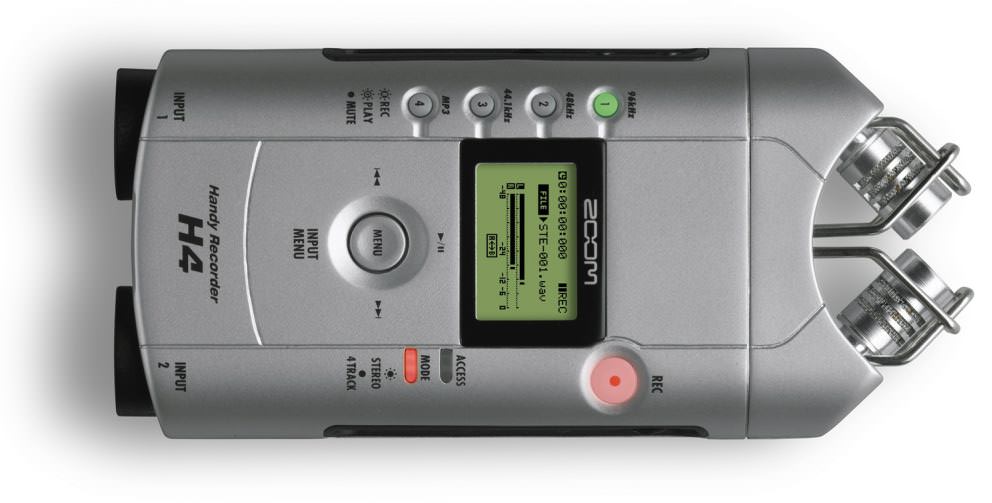 a Samson QL5 Lavalier Microphone. One other important component of the recording process is the use of a good pair of noise-cancelling headphones. A device like the Zoom allows you to hear the actual recording input while it’s happening, and the sensitive nature of the headphones allows you to pick up background noise that might not otherwise be audible in the recording, or let you prevent it before it’s too late. One way that this came in handy, is I was able to detect cellphone static a couple of times in the recording (that annoying clicking sound you hear when your cellphone goes off near a computer) before it got loud enough to actually ruin the recording itself (though it still might have in one place that we couldn’t prevent).

The set up on the first day was the Zoom with its built in microphone and a windscreen (to prevent whistling and popping noises on certain letters) set up on top of a mini-tripod like this:

Here are some pictures from the first session. You can see me on the right and Sh. Yasir on the left: 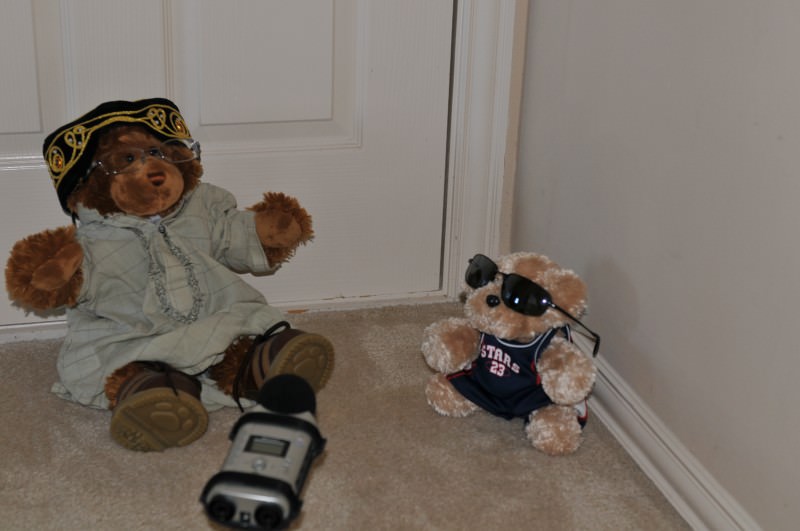 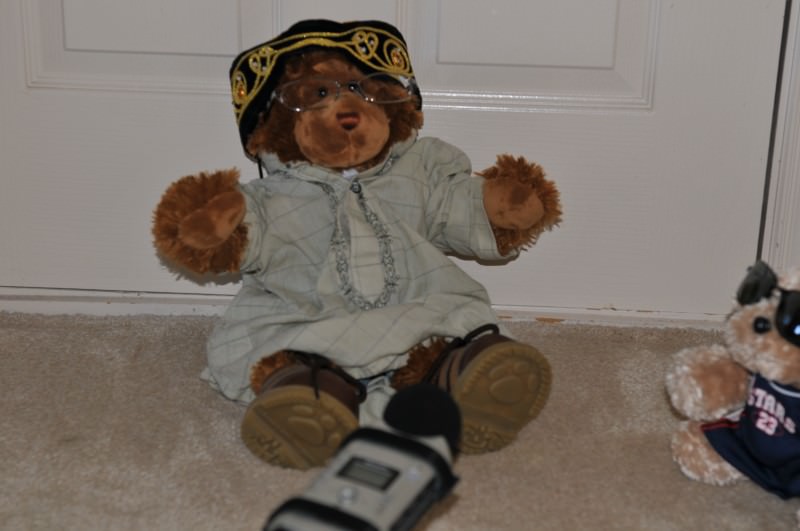 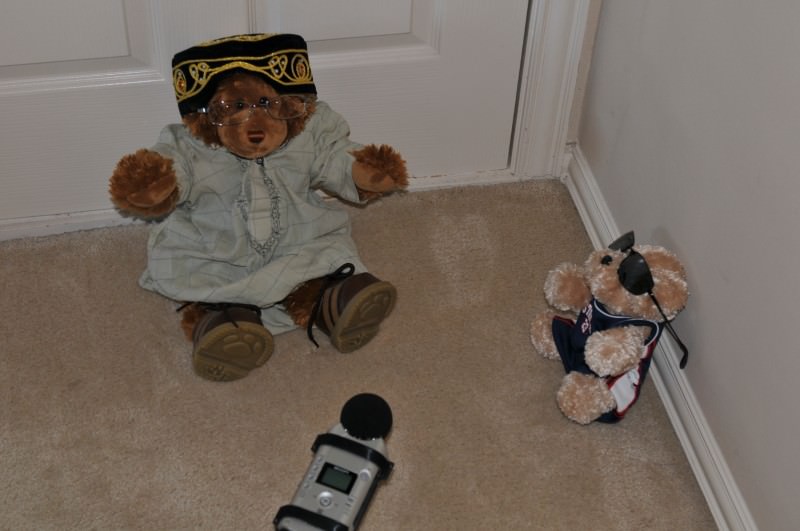 Part 1 of the interview was with this set up. This is a good set up if you are on the go and need to do something quick, but in high quality.  The downside to this method is that the audio file will need a little bit of editing to create a good final product. This type of set up can often be necessary though, especially when trying to record a khutbah, or you have a speaker who just doesn’t like extra wires.

Part 2 was recorded with the lavalier microphones, and was really the ideal way of doing the recording. Microphones come in many different types and prices. My personal experience is that something like a ‘Radio Shack’ mic will really do a bad job because it is not good at picking up the audio in the types of settings Muslims most often record in. The ideal microphone for this set up is on a cardioid condenser pattern. An omnidirectional microphone will pick up a lot of extra noise. From my testing though, I found that the Audio Technica microphone above, despite its (relatively) low pricetag of about 30 dollars really did an excellent job.

I really prefer the wired mic set up if at all possible. It cuts down on the background noise, is easier for the speakers, and the sound I feel is a bit higher quality. Depending on the setting, it can also help cut down feedback and echo in the room from things like speakers.

Here’s the picture of Shaykh Yasir and I on Day 2 (we had a few days in between these sessions, so the fact that we had on the same clothes is merely coincidental): 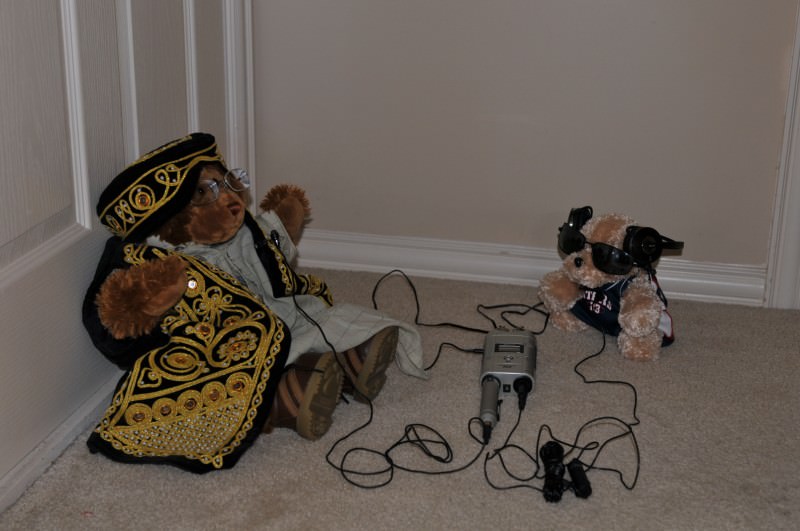 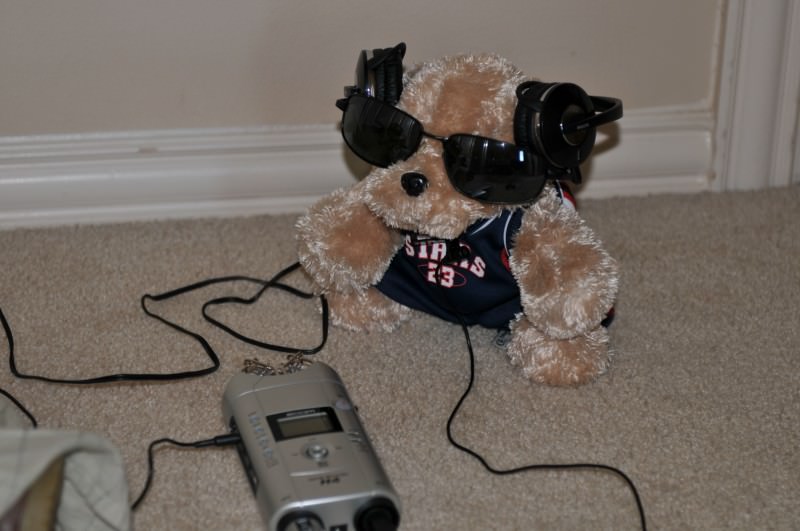 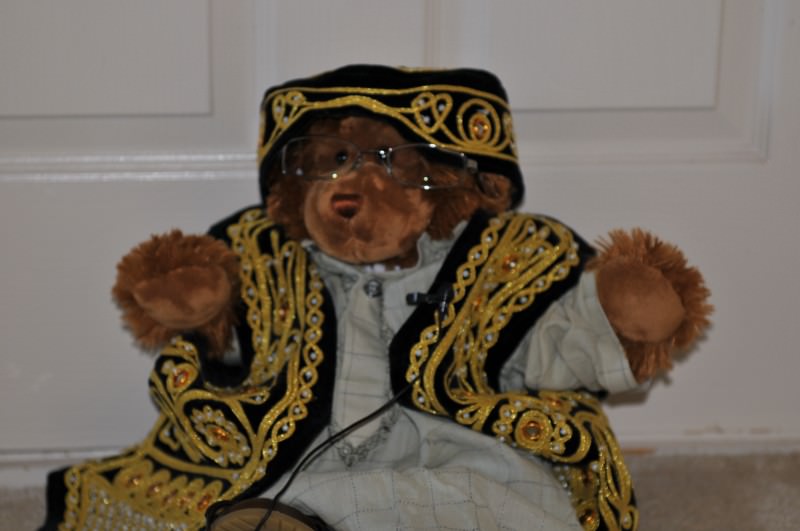 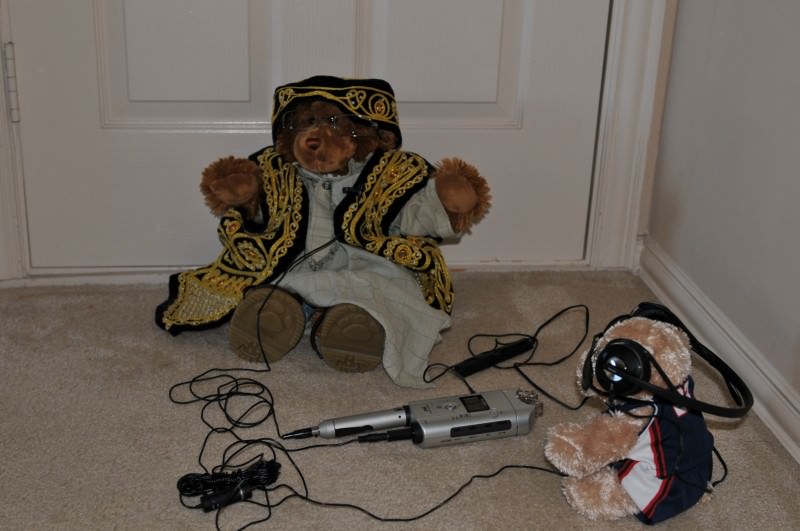 All in all, the interview was quite fun, and insha’Allah we are preparing another interview that will be in depth, and on a much juicier topic insha’Allah.

While editing the interview – we had a lot of interruptions – I couldn’t help but think that some of the material would make a great gag reel. So without further ado, here is the “outtakes” clip from the beard interview (only one minute long).