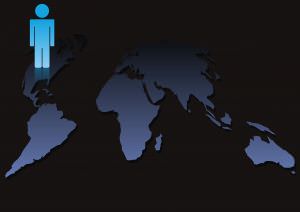 This is an interesting article by Sherman Jackson that gives one point of view on how to start combating the Islamophobia that exists in America.  I’m still not 100% sure for myself what really is the best strategy for fixing the situation in America. Involvement in society through positive contributions though (e.g. humanitarian efforts, is definitely part and parcel of our deen. The more cynical side of me, however, wonders if it would ever be enough?

Justice Felix Frankfurter once observed that it is neither law, religious creed nor ideology that holds America together; it is, rather, a “binding tie of cohesive sentiment.”  As a Jew, Frankfurter understood that while “sentiment” was not the most stately concept it had its clear advantages.  For, while not totally immune to abuses of power, sentiment is far more resistant than law, theology or ideology.  A tyrannical government might condemn today’s saint as tomorrow’s heretic, but it cannot remove feelings of solidarity and empathy from the hearts and minds of those who see him as one of their own.  Not only, however, was Justice Frankfurter a Jew, he was an immigrant.  And this too surely helped him see the importance of “cohesive sentiment,” even over such lofty concepts as law, equality or democracy.

Muslims too should now be learning about the importance of sentiment. Recently, Chicago attorney Mazen Asbahi was forced to retire as Barack Obama’s Muslim-Outreach advisor, after it was learned that in 2000 he briefly served on the board of an Islamic investment fund with an allegedly “fundamentalist” Imam who was recently named an un-indicted co-conspirator in a case against alleged Hamas fund-raisers.  Of course, everyone understood the game that was being played here: Obama’s outreach to Muslim-Americans was about to be contorted into an exercise of aiding and abetting Muslim terrorists!  In order to preempt this unfounded insinuation, Mr. Asbahi felt obliged to resign, in order, in his words, “to avoid distracting from Barack Obama’s message of change.”

Most Muslim observers have decried this fiasco as a blatant case of “guilt by association.”  I think the matter goes deeper.  After all, the so-called “fundamentalist” Imam with whom Asbahi was alleged to have ties was found guilty of no wrong-doing.  With what guilt, then, was Asbahi supposed to be associated?  Rather than any wrong-doing, Asbahi was simply being associated with being a Muslim, the same ‘charge’ with which some have tried to ‘smear’ Senator Obama.  Parties aiming to exclude Muslims from the American political process simply found a way to strip Asbahi’s religious affiliation of all innocence, thereby inviting non-Muslim Americans to give full vent to their anti-Muslim phobia, under the cover of a would-be justification.The real story in all of this, however, is that this tactic worked.  And here we return to Justice Frankfurter’s point about sentiment.  Muslim-Americans are vulnerable to the attacks of their detractors because they are not sufficiently bound to their fellow Americans by enough “cohesive sentiment” to place a proper burden of proof on their accusers.  The way to that sentiment, however, is neither through simple protest nor acts of ostensible public altruism.  The way to that sentiment is through becoming a part of the American story, a story of powerful truths, lies and contradictions that have destined America to struggle, to her dying breath, to find that balance between enough remembering and enough forgetting to point her towards redemption.  It is a story of America’s quest to rid herself of the vile habit of violating her own principles and creating “problem peoples” who fall outside the reach of her lofty ideals.  From the founding of the republic and Thomas Jefferson’s “We hold these truths to be self-evident …,”  this quest — more than anything else – has defined us as Americans.  Indeed, this is the struggle that generates the “cohesive sentiment” that binds Americans as a people.

This is why Americans are so excited about the candidacy of Barack Obama:  Obama holds out a chance for redemption.  Amidst this excitement, however, Americans must remain mindful of the evil of which we have proved ourselves so capable of perpetrating.  Muslim-Americans, meanwhile, must come to see that American history, whether we like it or not, is now our history, and that we cannot accept the bounties of her present without sharing responsibility for her past.  And we must understand the difference between being a part of American society and being a part of the American story.  To be part of the American story is to strive as mightily as other Americans in pursuit of American redemption.  Thus far, however, Muslims remain outside the American story, which is why, despite their positive contributions to society, they seldom enlist empathy when they are jailed, deported or discriminated against.  Hopefully, however, it will not be long before Muslims come to understand this.  Once they do, while guilt by association may continue, Muslims will be able to fight back.  For in this they will be joined by others.     Sherman Jackson is a Professor of Near Eastern Studies, Law and Afro-American Studies at the University of Michigan. He is also a Fellow at the Institute for Social Policy and Understanding (ISPU). He is author of Islam and the Blackamerican: Looking Toward the Third Resurrection (Oxford Univ. Press 2005) and Islam and the Problem of Black Suffering (Oxford Univ. Press forthcoming).

Trailer of Napoleon of the Outlawz’s Story – Coming To DVD