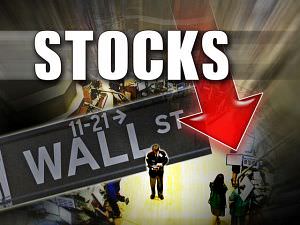 Alternative title (as suggested by Siraaj):
“Here’s What I think of your shari’ah compliant loan sold to Freddie Mac and Fannie Mae”

Many people all over the world, especially America, are looking at the financial meltdown and wondering what is going on.

The entire “setup” and all of the associated drama is quite complex, and even the smartest financial wizards are struggling to completely understand the underpinnings, or to see the light at the end of the tunnel.

I claim no financial expertise. The few finance courses that I have taken at school only provide a glimpse into the house of cards that started unraveling this year. In order to gain a bit more insight, I turn to a book by Kevin Phillips “American Theocracy: The Perils and Politics of Radical Religion, Oil, and Borrowed money” [by radical religion, the author is referring to Christian fundamentalism, and not the Islamic bogeyman for once]. See NY Times book review here.

The book’s section on “borrowed money” is almost prophetic in nature. Keep in mind that this book was published in early 2006, still in the days of a booming economy. The first line in this section of the book says it all:

“It’s finally happened: Moving money around has surpassed making things as a share of the U.S. gross domestic product”.

In other words, making money on money, mostly through the instruments of riba (interest/usury), became a bigger part of the American economy than actually making tangible goods! The sectors of finance, insurance and real estate sector (FIRE–> what an appropriate acronymn!) swelled to 20% of GDP, ahead of manufacturing at 14%. Deregulation encouraged the three sectors of FIRE to be so interwoven that the combined sector became to be considered a single economic entity with assets of $60.4 trillion in 2007, up from $45.3 trillion in 2004 [Source].

Profits of the financial sector soared, from single digits in the 50s to nearly 40% of all US profits in 2004, and manufacturing followed the opposite trend, dropping from nearly 60% to single digits. What was the engine behind this growth? One word: debt! American financial companies conduct much of their business in “managing, packaging, or trading debt and credit instruments, as well as handling debt-related corporate restructurings”. Significant profits flowed from providing American households with artificial purchasing power, charging upwards of 25% interest rates on the credit card binging.  Phillips argues that this “financialization- a sign of late-stage debilitation, marked by excessive debt, great disparity between rich and poor, and unfolding economic decline, constituting the third major peril hanging over the future of the US” [in addition to oil and Christian fundamentalism]

The section of the book dealing with debt spans nearly 150 pages, definitely worth the read.  I have scanned just 2 ½ pages of some what I find to be most apt in the current situation (click here for pdf download). Phillips talks about collateralized debt obligations (CDOs), credit-default swaps (CDSs) and hedge funds, all woven together with housing and mortgage markets. If you have been following the news, you would be hearing these words repeated quite often. On pg. 378, Phillips predicted what we are seeing today:

“Between 2000 and the market bottom in 2002, when US stocks lost $7 trillion of their $15.5 trillion value, home values held up and then spurted ahead. To critics, the rescue was essentially a rebubbling. Should a credit and financial collapse follow that second stage in the manner than Volcker and others feared, stock and home prices would presumably sink together, making the second downturn the more destructive of the two”

What’s Kevin thinking now? “I told you so”

And for Muslims who kept off the mortgage binge, from taking sub-prime mortgage loans, or interest-only loans, depending on rising property prices to bring payments under control (betting on the future essentially), or for Muslims who kept their stocks clean of financial institutes that live and die off riba, and for Muslims who weaned off or never had credit card debt, the good news is that you have done much better financially, than those who said we were fools not to take the joy-ride. Yes, we all will suffer from depressing stock and home prices (if you owned either or both), but our religion saved us from far worse.

As I write this article, the government is planning another grand-scale bailout for all the financial institutes. The FIRE sector will be able to dump all their bad and “toxic” debt into a government entity. Everyday Americans (you and me) will have to shoulder the burden one way or the other. Our government continues failing in recognizing the dangers of “moral hazard“. Everything’s “just too big to fail”, which begs two questions: (1) How do you know? and (2) How did we let any entity become so big to fail? What happened to capitalism and pure market forces? One good thing in this new plan, I should mention, is the banning of short-selling for financial stocks. Short-selling involves the practice of selling a financial instrument the seller does not own, in the hope of repurchasing them later at a lower price. Islamically, selling what you do not own is forbidden, but I should caution that scholarly advice should be sought on this issue. If there are scholarly articles dealing with short-selling’s prohibition or permissibility, please feel free to link in comments.

Through this new government plan still in the making, those who profited over Ponzi-type schemes will obtain a “get out of jail free”. New regulations will surely sweep in (hopefully), but the “free” market and the financial wizards will find other ways to rebubble another debt-based boom to rise from the dead. How long before the bubbles all fizzle out? Only Allah knows. What Kevin Phillips predicts is that the soaring debt (personal, corporate, government combined) will eventually take its toll on the nation. And if there is one thing that history teaches us is that no one nation dominates forever.

I know I haven’t laid out the entire story here…I think enough smart people have said enough smart things. We just need to find those smart articles, read them, and understand them. So, I’ll leave readers with one link for now, and I hope the smartest readers in the blogosphere (i.e. YOU) can point to other simple, lucid articles that explain the meltdown for the benefit of others, and I’ll keep updating the list.