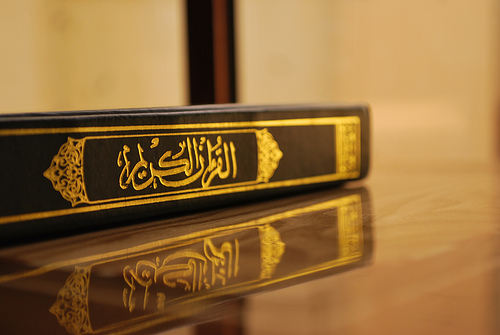 For all parts, up to and including this one, click “Ramadan Reflections: The Daily Journey“

The Right of the Neighbor

There are a great number of ahadith that command the kind treatment of the neighbor as well as the tremendous virtue of this deed. It is sad though that this deed has been so neglected in recent times. I ask you in all honesty, how many of us know the names of our neighbors? For the majority of people living in the West, their neighbors are not Muslims and we have no relationship with them beyond a wave and hello from time to time. How will we fare on the Day when we meet Allah when we have neglected to inform the closest of people to us – at least in proximity – about the message of Allah?

To help us to return to this noble practice and this illustration of the excellence of Islamic manners, let us now take a look at some of the ahadith that praise and command this deed:

`Abdullah ibn `Amr (ra) had a sheep slaughtered. He repeatedly asked his servant, “Have you sent some meat [as a present] to our Jewish neighbor?” When he said that, he added, “I heard Allah’s Messenger (saas) say, ‘Jibreel has repeatedly recommended me to be good to my neighbor to the extent that I thought that he would include him [my neighbor] among my heirs‘ ” (Ahmad and At-Tirmidhi with a similar narration from Ibn ‘Umar in Bukhari and Muslim).

And `A’ishah (ra) asked the Messenger of Allah, “I have two neighbors, so whom among them should I give my gift” He said, “The neighbor whose door is the closest to you.” (Bukhari)

So how can we be good to our neighbor then? So many Muslims are so shy and afraid of being rejected or criticized for their deen, but alhamdulillah there are a number of ways to prep the ground for a solid relationship with the neighbor:

The next ayah I wished to mention, if even briefly as it doesn’t not require much of explanation but should be a strong and potent motivator for us to learn the Sunnah of our beloved Messenger and to follow it, is the following ayah:

And whosoever obeys Allah and the Messenger (saas), then they will be in the company of those on whom Allah has bestowed His Grace; of the Prophets, the Siddiqûn (those followers of the Prophets who were first and foremost to believe in them, like Abu Bakr As-Siddiq), the martyrs, and the righteous. And how excellent these companions are! [4:69]

`Amr bin Murrah Al-Juhani said, “A man came to the Prophet (saas) and said, `O Allah’s Messenger! I bear witness that there is nothing worthy of worship except Allah and that you are the Messenger of Allah, pray the five (daily prayers), give the Zakah due on my wealth and fast the month of Ramadan.’ The Messenger of Allah said, “Whoever dies in this state will be with the Prophets, the truthful and martyrs on the Day of Resurrection, as long as – and he raised his finger – he is not disobedient to his parents.” (Sahih)

This hadith occurred before the Hajj was made an obligation and for this reason was not mentioned, and Allah knows best.

Also Anas reported, “A man asked the Prophet (saas) about the Hour (Day of Judgment) saying, ‘When will the Hour be?’ The Prophet (saas) said, ‘What have you prepared for it?’ The man said, ‘I have not prepared for it much of (involuntary) prayer and fasting, except that I love Allah and His Messenger.’ The Prophet said, ‘You will be with those whom you love.’ We had never been so happy as we were on hearing that saying of the Prophet (‘You will be with those whom you love.’) Therefore, I love the Prophet, Abu Bakr and ‘Umar, and I hope that I will be with them because of my love for them though my deeds are not similar to theirs. (Bukhari)

A brief explanatory note on this last hadith is helpful as it has been misunderstood by many; the statement of this Companion, “I have not prepared for it much of prayer and fasting …” refers only to the involuntary. He was not a person who was missing any of the obligatory prayers or fasting, but he was comparing himself to the noble Companions who stayed up in the night so long to pray and fasted so often. Compared to them it was as if he did nothing because his involuntary acts were so limited. Thus, his completion of the obligatory and his desire to increase the involuntary could qualify him as one who loved Allah and His Messenger and thus the Prophet (saas) did not reject his statement and said he would be among those he loved, and we ask that Allah also include us in this excellent and noble company in Jannah by His mercy and His limitless bounty – ameen!

Reading the Quran in Ramadan