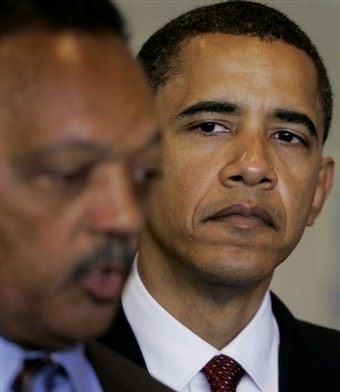 All microphones are always on. Let Rev. Jackson’s remarks about Sen. Obama be a glaring example of this most basic lesson to all spokespersons and community representatives. In fact, this incident yields many other public relations lessons – some deep and profound, others more tactical and relatively easy to cover.

Get ahead of the news-cycle. Rev. Jackson quickly issued a statement, which is generally a good tactic. When a controversy hits, silence allows others to frame the issue and present it as they will. A timely, proactive effort — including written statements and a series of interviews — helps shape the story. In fact, if handled correctly could turn damage control into a spotlight for the advancement of a position and/or organization. The Rev. Jackson was very quick in attempting to mediate the damage done by immediately contacting the Obama campaign after he realized his comments were recorded. However, content is king in the information age and his apology was castrated by his own public explanation.

A basic rule in crisis communication is to admit fault when it is exposed. We are a forgiving culture, as long as the offender appears to truly repent and take corrective action. For proof, consider the American people’s forgiveness of countless celebrity and political scandals and addictions or the horrific incidents of child molestation by Catholic clergy. However, the Rev. Jackson apologized AND excused his remarks, telling CNN that he did not realize the microphone was on. While Rev. Jackson clearly has differences of opinion and methodology for empowerment of the black community, his apology coupled with statements to the effect of, you weren’t supposed to have heard that, rings shallow and unconvincing. The key to this lesson is that, as a society, we value forgiveness AFTER the admittance of guilt, repentance AND corrective action. We dismiss excuses.

Remind the public that it’s okay to agree to disagree. That is, I believe Rev. Jackson’s apology would have been stronger if he apologized for his remarks altogether (not just their crudeness), blamed the incident on his personal frustrations and weaknesses and offered to meet with Sen. Obama to discuss ways they can better advance the black agenda and America. Indeed, the real problem between the two men isn’t just generational – it’s rooted in ideology and power. Sen. Obama and Rev. Jackson both attempt to represent different approaches to empowerment. Obama presents advancement for African-Americans through self-responsibility and a broad agenda rooted in shared values, values that resonate with more than the black community alone. Conversely, Rev. Jackson’s approach is rooted primarily in the desire for justice, via an entitlement and “squeaky wheel gets the oil,” model. The latter depends on divisions across racial, minority and other special-interest group lines. In this model each group advocates for their own unique interests while supporting each other, in a general sense, against the larger society which hasn’t fully satisfied them.

This is where this incident becomes interesting for Muslim activists. That is, public perception and the relevant facts are often at odds. As Muslims, our single largest PR problem is the lack of traction in our efforts to separate Islam from terrorism along with our community’s perceived lack of integration and sense of patriotism. In the same way that Rev. Jackson’s apology, which attempts to make amends while at the – same time repeats his criticism of Sen. Obama, is convoluted and therefore ineffectual, so too are many Muslim public relations efforts – equally if not more convoluted. The real issue with both communities is our own internal diversity, pluralism of thought and leadership challenges.

The American Muslim community has several divisions developing. Some also appear to be generational. But as in the African American community, many divisions are rooted in ideology and power as well. The most interesting example is in our organizations’ varied approach to interfaith relations. The orthodox Sunni groups alone span the spectrum of interfaith approaches from the “we are just like you, kumbiyah” camp to the “we are Muslims – rah, rah, rah -” crowd. Each has its own mix of messages — ranging from a singular focus on universal values to the “I will debate you into submission” approach respectively.

Show tolerance for other viewpoints. As counterintuitive as it may seem, the prescription for effective community based PR starts with embracing the truth that we (American Muslims) disagree and are fairly divided among ourselves on many issues. Confidence in our unique positions, tempered by tolerance, will allow us to increase our community’s maturity by formulating councils for internal discussions and issue resolution. We need to develop and practice (at the city and state levels) a workable definition of unity (including what we will take a collective stand on, who we wish to stand together with and how we will arrive at a unified position). When we understand each of our subgroups’ motivations and their beneficial roles in the larger picture we will come closer to what the term “ummah” means and perhaps give up the notion of a “Muslim tribe” – or the “us versus them” mentality that often retards community relations work. These steps will also make it easier to hold our leaders accountable if they advance any segment of the community’s agenda above the interests of entire community.

So what is the larger PR moral to the story? While there is clearly a well established role for special interest groups in the U.S., by and large Americans will support leadership and activism that encompasses a vision larger than the immediate needs of a minority. The average American will care more about what benefit you offer, than where you come from or what religion you claim. In short, our deen is referred to as the religion of sincere advice; it calls for shura and dawah. To reach these goals we must put the special interest mindset in its proper place and fulfill the hadith in which our Prophet said; “Whoever believes in God and the Last Day should do good to his neighbor,” #48 Muslim and #6019 Bukhari.

* More on the author: Paul “Iesa” Galloway is a native Texan from a military family. He enjoyed numerous opportunities to travel and experience Europe, Africa and the Middle East. Iesa became a Muslim shortly after the birth of first child. Since embracing Islam he has completed Hajj, participated in a study abroad program on the History of Islamic Spain and Andalusian philosophy, played a pivotal role in establishing the Houston Chapter of CAIR and participated in numerous interfaith activates including an peace pilgrimage to the Holy Land. He is the Principal of Galloway Public Relations LLC and has served the community as a consultant, strategist and trainer. Iesa is a Houston area Public Affairs Representative for the Freedom and Justice Foundation (F&J) and a board member of the Texas Dawah Conference (TDC).