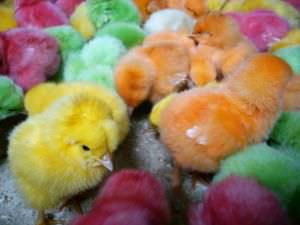 After discovering an article titled “A Few Good Men: American Muslim women bemoan lack of ‘good’ male suitors“, I was oh-so-kindly “volunteered” by my fellow MM staff members to write a blog post in response. I wonder why? Could it be because:

1) I am a Muslim woman.
2) I am between the ages of 25-30 years.
3) Masha’Allah, I am educated to the postgrad level (otherwise known as “overeducated” by my dear mum).
4) Oh yeah… I am single, and desperately looking for a decent guy to wed!

Okay, so scratch the “desperately”.

Even though I hail from the other side of the Atlantic pond, I did empathise with the main character of the article, sister “Afaf”: in Western terms we are both far from being classed as “over-the-hill”, but in Desi (and perhaps other cultural) terms, we are perishable goods, close to hitting our respective expiry dates, and are in danger of being sold off at a 50% discount, in order to avoid being left on the shelf.

What a lovely analogy!

Saying that, I don’t necessarily agree with the idea that there are too few good Muslim men; at least in relation to the numbers of good Muslim women. In this case, “good” refers to those who have an appreciation of the deen, but also know how to function in dunya, without resorting to the haram. Most of the guys I have met through the rishta scene (i.e., those I was introduced to via my parents) have been decent chaps, masha’Allah. I have very few (if any) horror stories to share, alhamdulillah.

However, I do agree with the idea that for some reason, educated Muslim women are finding it hard to find a suitable match. In fact, some proof of this phenomenon comes from the existence of a Facebook group, from which I derived the title of this post. Here are a few “symptoms” written by group members, which are apparently associated with being a “smart Muslim chick who inexplicably scares off guys”:

I suspect that several of the female MM readers are now smiling after having read the above. Yes sisters, you are not alone!

There have been many explanations offered as to why ‘smart’ Muslim women are facing such difficulties in getting hitched:

Maybe we’re too fussy?
Not in terms of looking for someone who is down with the deen. That’s a must! But perhaps we shouldn’t hold out for brothers who are educated to a similar degree?
However, many would argue that educational background is part of compatibility. As my Tajweed teacher once said (who at the time was a young hafidha, pursuing two bachelor degrees simultaneously, masha’Allah): if I’ve put all this effort into improving myself, can’t I expect the same from the man I marry?

Maybe guys are the ones being fussy?
I don’t wish to lump all guys into the same boat, but it’s not exactly uncommon knowledge that men have these things called “egos”. That’s natural. Heck, even women have them! But for some reason, many men (not all – but a significant number) do feel threatened by the idea of their wives earning more money than themselves, or having a better education. This is not a Muslim man thing – it’s a Y-chromosome thing.

I think the only people who avoid this pride trap are those who don’t attach their self-worth to their careers, or other worldly markers of success. The best of whom was the Prophet Muhammed, sallalahu ‘alayhi wa salam, as exemplified by his decision to accept the proposal of Khadija, radiallahu anha – a very successful business woman, masha’Allah.

But in turn, it could also be argued that not many successful Muslim women would ever propose to a penniless brother, even if his character was kind and noble. And that’s not even taking into account the role of parents and/or other guardians, who would not allow their educated daughters to marry such a person.

And so the cycle of blame continues…

Although it does help to know the cause of a problem, blame is never a good thing, nor is generalisation. Each case deserves to be examined on an individual basis, and perhaps there is no single practical solution.

So many times during my own journey I’ve thought about how complicated we make things for ourselves. I do feel that we – as individuals and communities – have made the task of finding a life partner much harder than it needs to be, justifying our approach with claims that there are not enough good people out there. But in reality, it’s our fears that are paralysing us.

For women, it is a fear of being trapped in a loveless marriage; a fear of being smothered by an overbearing husband; a fear of being unappreciated, abused and disrespected, Allah forbid. So we anxiously look for that one guy who ticks all the boxes – but does he even exist?

At one point during my early twenties, I was so terrified by the concept of marriage, that I clearly remember laying awake at night in tears, after my mother mentioned a proposal to me in passing. Alhamdulillah, rediscovering my Islam a short time later helped me to overcome my own personal fears, through the development of a greater trust in the fact that my Creator will take care of all those pesky “what ifs”. Yet, I still have a long way to go in developing my tawwakul; may Allah make it easy for me.

Perhaps if we try to humble ourselves more, live simpler lives, and recognise success in all its forms, it wouldn’t be a case of finding the “perfect” guy – but rather choosing from a large pool of very good guys, insha’Allah.

At the end of the day, considering my single status, I can’t really be counted on for much reliable advice in this department. So all I can really offer my fellow smart Muslim singletons – both men and women – is a sincere prayer: may Allah grant all of us loving life partners, who will support us on the road to eternal success, Ameen.