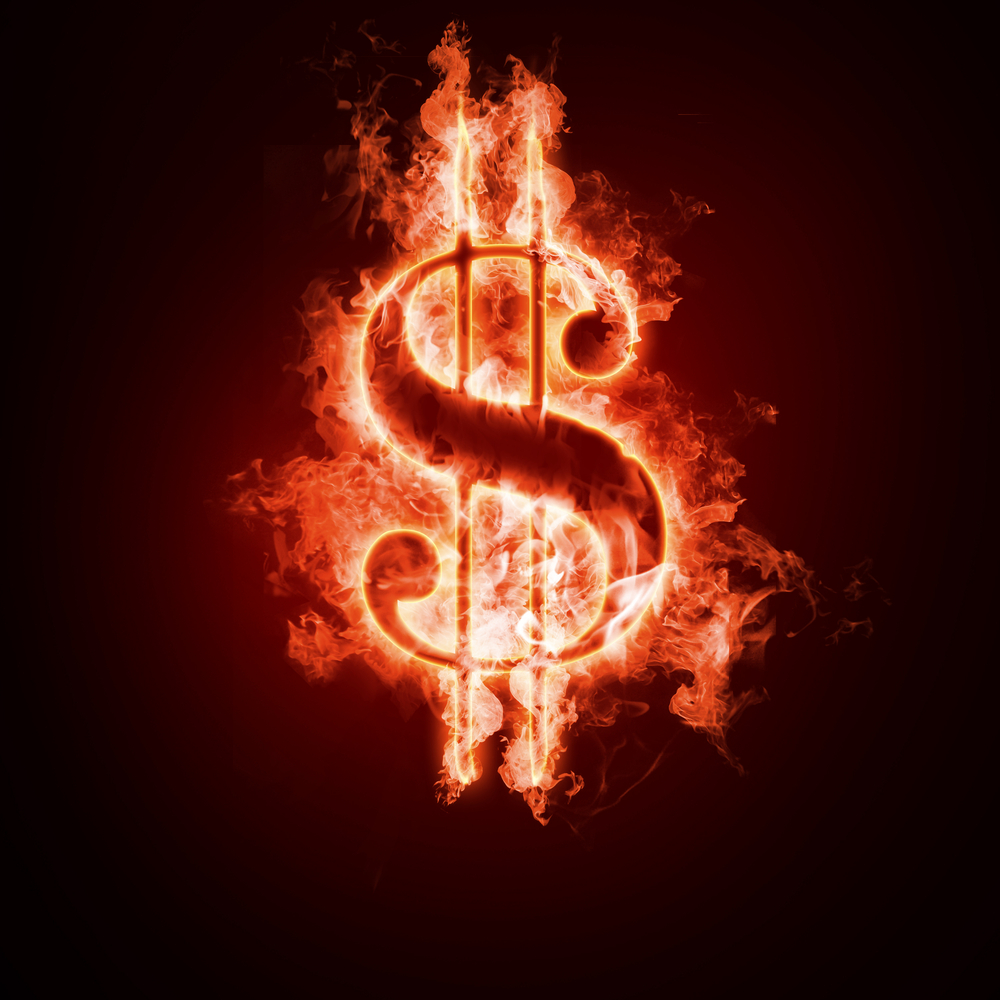 (Read Intro and Part 1 before proceeding)

Even a brief review of basic literature in Islam regarding debt shows that it is unequivocally discouraged. Period. Debt.Is.Bad.

The general principles in Islam include only buying what you actually have money for, agreeing to a fixed price before purchase, and, oh yes, avoiding interest! Allah (swt) said in Surah al-Baqarah that HE DECLARES WAR on those who deal with interest. That 8.9% APR is hell on an installment plan. Would you like that paid out over 24, 36, or 48 months?

It is narrated in Bukhari and Muslim that one of the dua’s the Prophet (saw) used to make at the end of every salah was seeking refuge in Allah from heavy debt. Someone said to him, “How often you seek refuge from heavy debt!” He said,

“When a man gets into debt, he speak and tells lies, and he makes a promise and breaks it.”
In Sunan an-Nasa’ee this hadith is narrated,

We were sitting with the Messenger of Allaah (peace and blessings of Allaah be upon him) when he raised his head towards the sky, then he put his palm on his forehead and said: “Subhaan-Allaah! What a strict issue has been revealed to me!” We remained silent and were afraid. The following morning I asked him, “O Messenger of Allaah, what is this strict issue that has been revealed?” He said, “By the One in Whose hand is my soul, if a man were killed in battle for the sake of Allaah, then brought back to life, then killed and brought back to life again, then killed, and he owed a debt, he would not enter Paradise until his debt was paid off.”

We know the immense rewards of the shaheed, so imagine that even these rewards are withheld for the one who dies with debt.

In Tirmidhi a hadith is narrated that,

“Whoever dies free from three things – arrogance, cheating and debt – will enter Paradise.”

Fear Allaah and do not die in debt, lest it be taken from your good deeds when there will be no dinars and no dirhams.

Imam Qurtubi made the following statement about debts,

Our scholars said: It is a disgrace and a humiliation because it preoccupies the mind and makes one worried about paying it off, and makes one feel humiliated before the lender when meeting him, and feeling that he is doing one a favor when accepting a delay in payment. Perhaps he may promise himself that he will pay it off then break that promise, or speak to the lender and lie to him, or swear an oath to him then break it, and so on. Moreover, he may die without having paid off the debt so he will be held hostage because of it, as the Prophet (peace and blessings of Allaah be upon him) said: “The soul of the believer is held hostage by his debt in his grave until it is paid off.” All of that undermines one’s religious commitment.

For more information similar to what is above, please refer to ‘Seriousness of Debt‘ at Islam-QA.

The main lesson we learn is that Islam has discouraged debt as much as possible, and that debt is something that has a serious and direct effect on one’s imaan.

One thing that must also be mentioned is what actually comes before debt in Islam, and that is the belief that Allah (swt) is Ar-Razzaq. He alone sustains us, so we should depend upon Him for our needs, and not turn to what is Haram. Insha’Allah this will be covered in more detail in a later post on why Muslims are in debt, but it’s important to take note of this point for now.

When a Muslim falls into the credit card trap, or into major debt, they do not realize the ramifications of it. Islamically speaking, it has the potential to corrupt a person’s most basic forms of sustenance. In two different hadith, the Prophet (saw) mentioned,

“If one of you were to take a rope and bring firewood on his back and sell it, thus preserving his dignity, that is better for him than asking of people who may give to him or withhold from him” (Bukhari)

When a Muslim falls into the trap of buying things on a credit card, it is quite possible that he is even purchasing the food he feeds his family on money that is tainted with ribaa. This is because the hard earned money is no long being cashed out to meet your needs, but is going out before you get it to catch up on the monthly payments that are due.

A person may now have a halal job, but by his wealth being spent in ribaa, and his food and drink now being bought on ribaa, this person is now under the threat of having his supplications rejected for sustaining himself with haram – despite the fact that his job itself may well be halal.

The fact that the Prophet (saw) sought refuge in it so regularly (as regularly as he prayed!!) should be enough of a warning to us to not be involved in debts.

The ramifications outlined as consequences above hold true to this day. Think about something as simple as lying to your parents, or your spouse, or siblings regarding your financial situation. This is especially the case for seemingly ‘well off’ Muslims who may be concealing debt, embarrassed to know that they are living in a 300k house, driving a Lexus, yet, due to their debts they may not even have Zakat due on them!!!! [at least according to one opinion of the fuqahaa on this issue].

The greatest fear a Muslim should have though, is to die while being in debt, and thus being held hostage from entering paradise!

And remember, the warnings given here are for HALAL debts!! What then of haram debts?

Coming up next.. A detailed look at Americans in debt.