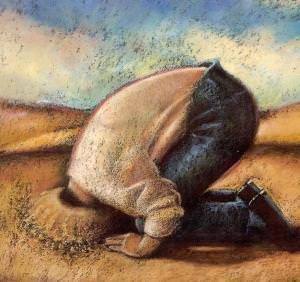 “Blessed are the women of the Helpers. Their modesty did not stand in the way of their seeking knowledge about their religion” (Bukhari and Muslim)

Let me qualify the title a bit: The role of sex education among Muslims… taboo subject? Yes, mostly. But let’s answer the following questions in order to separate culture from Islam in this regard:

Before we move on, let me give you some of my own background:

So, to the first question, is sexual education or related matters really taboo when it comes to Islam as opposed to desi-taboo or arab-taboo, etc., etc.?

In fact it is not; rather sexual education, when taught in a ‘matter of fact’ way, with information and not excitement, was something that was discussed by the Prophet (S), and alhamdulilah for that! (otherwise we would be all lost in this matter). Let’s see some examples then from the Messenger (S)’s rich traditions:

Note who is asking… a woman, who was not the Prophet’s wife either. Note also that the Prophet did not scorn at her nor did he exhibit any “abnormal” reactions (otherwise that would be likely mentioned in the hadith just as it describes Umm Salamah’s reaction). What does this tell us? What it tells me at least is that in order for Islam to be the”natural” religion, it has to take into account natural human issues. So, the Prophet (S) knew that having wet dreams was something natural- for men and for women. So, his reaction was that of a straight-face, normal answer to a normal question. This also addresses the second part of the question, that there was no shame that the Prophet (S) felt in answering a rather private question from a Muslimah. Now tell me, my dear brothers & sisters, if Umm Sulaym hadn’t asked, how many of our women today would be wondering about this very same question? And in a similar vein regarding wet dreams, as many of our young brothers and sisters may have similar questions:

It was narrated that ‘Aa’ishah said: The Messenger of Allaah (peace and blessings of Allaah be upon him) was asked about a man who notices some wetness but does not remember having a wet dream. He said, “He should do ghusl.” He was asked about a man who thinks that he had an erotic dream but does not see any wetness. He said, “He does not have to do ghusl.” Umm Salamah said, “O Messenger of Allaah, does a woman have to do ghusl if she sees something like that?” He said, “Yes, women are the twin halves of men.”

Back to our questions then:

Let me try to wrap up the three questions with my 2-cents answer on the topic, though I must remind myself and everyone else that I am not an authority in this matter or any other Islamic matter: I find the question actually quite incredulous and rather naive. It is not a question of whether Muslims need to know about this subject, rather it is a question of HOW they will find out about it.

The day and age we live in has indeed affected this discussion. Perhaps in the ‘old times’, with the lack of television and ESPECIALLY the internet, it may have been possible to shield the knowledge of these ‘things’ until the time of marriage. But, even then, there are many things that occur before marriage, like the stages of puberty that kids find awfully hard to deal with as it is, especially when they have no clue about what is going on with their bodies! That was THEN. It would be an incredibly amazing feat if any parents were able to shield their children completely from the information highway that is feeding most kids these days, in ways that the parents probably wouldn’t approve. So, in today’s climate, all parents should ASSUME that their children will indeed find out about sex.

Of course, it gets worse if the children are living in the West and going to public schools. And I say that with some hesitation. Because knowing what goes on in Pakistan and other “Muslim” countries, I think I could be safely challenged on this assumption and I would be hard-pressed to justify it. Regardless, if it isn’t worse, it is equally bad. Islamic schools may provide some semblance of ‘safe environment’, but again having known some serious acts of impropreitery in Islamic schools, I must say that this is one safety net I would not completely trust.

So, what’s the bottom-line? For me, it is that that Muslim children do indeed need to know about sex, because they will find out one way or the other. Furthermore, time and place does indeed make a difference and both indeed favor this discussion, not discourage it.

Consider this from a pscyhologist:

“If you tell kids about sex, they’ll do it. If you tell them about VD, they’ll go out and get it. Incredible as may seem, most oppositions to sex education in this country are based on the assumption that knowledge is harmful. But research in this area reveals that ignorance and unresolved curiosity, not knowledge, are harmful. Our failure to tell children what they want and need to know is one reason we have the highest rates of out-of-wedlock teens pregnancy and abortion of any highly developed country in the world.” – from What Kids Need to Know, Psychology Today, October 1986, by Dr. Sol Gordon, Professor Emeritus, Syracuse University, and an expert on sex education.

Thank you Professor Gordon, but as Muslims we already know or should know that Islam promotes knowledge, that the assumption that “knowledge is harmful” opposes basic Islamic tenets in all matters of religion and life.

What the Professor stated next about teen pregnancy and teen sex in general, may occur to many Muslims as only occuring with the “others”. Yet, this is a failing of the understanding of the situation of Muslims in the West. I don’t have any statistics, but I can tell you that I won’t be surprised if many Muslim kids are doing it. In fact, I remember many years ago when one of my friends (in what I considered the age of ‘jahiliya’!) boasted about getting “it” at one of the ISNA conferences, where his dad was one of the big speakers. And he was not lying, because he had no reason to. Why I had to point to such a jaw-dropping example is to show that these incidents are occurring in what one would consider an “Islamic environment” and by those, who are part of deeply religious families. The point is a wake-up call for Muslim parents: WAKE UP.

Would this ISNA-trip sidebar have been avoided if the highly-cultural parents of this friend of mine had engaged in an open and serious discussion about sex with their son? Maybe, maybe not. But, at least, I can say quite confidently that it would not have hurt and that possibly this kid, raised in a Muslim country and suddenly dropped in the middle of the American “dream”, would have been a bit more reserved his testeronal outburst.

Let me also start wrapping up this discussion by saying that due to my own cultural reservedness, I am quite uncomfortable myself regarding this topic, and even more so at the prospect of having a chat with my son in due time. I will leave my daughter to my wife, though I wonder if there is some way to break at least some of the ice between all family members, at least in terms of issues of puberty. Like this Egyptian/American (i.e. an Egyptian woman married to a Caucasian American convert decades ago) family that I know, where the women of the household are quite comfortable in mentioning the “status” of their periods among their brothers and father.

Before I move on to a few discussion points that parents should consider engaging their children in, I’d like to open the floor to hear your perspectives– for my sake and for the sake of many other parents (present and future) who may be reading this.

As I was looking up ‘talking points’ with children, I found many sites that offered this. However, there were obviously some “Islamic issues” with them, like we shouldn’t be talking about the dangers of teen pregnancy, rather we should be talking about the sin of what gets girls to that point, etc. So here’s my list of 10 issues to discuss, which has been modified from other lists out there:

So, these are what I would consider the “hypothetical though mostly practical” list… but I am really interested in hearing what you have to say about this, especially interesting experiences and practical techniques. Also, feel free to mention other articles/websites, etc., but actually read them before referring/recommending them to ensure they are “Sunnah-sound”. Perhaps we can compile a good list of such articles later on, within this discussion.

In Part II, I’ll discuss sex education for adults… don’t think they need it? Check that picture on the top again, take your head out of the sand!

The floor is open for your comments, bring them on!