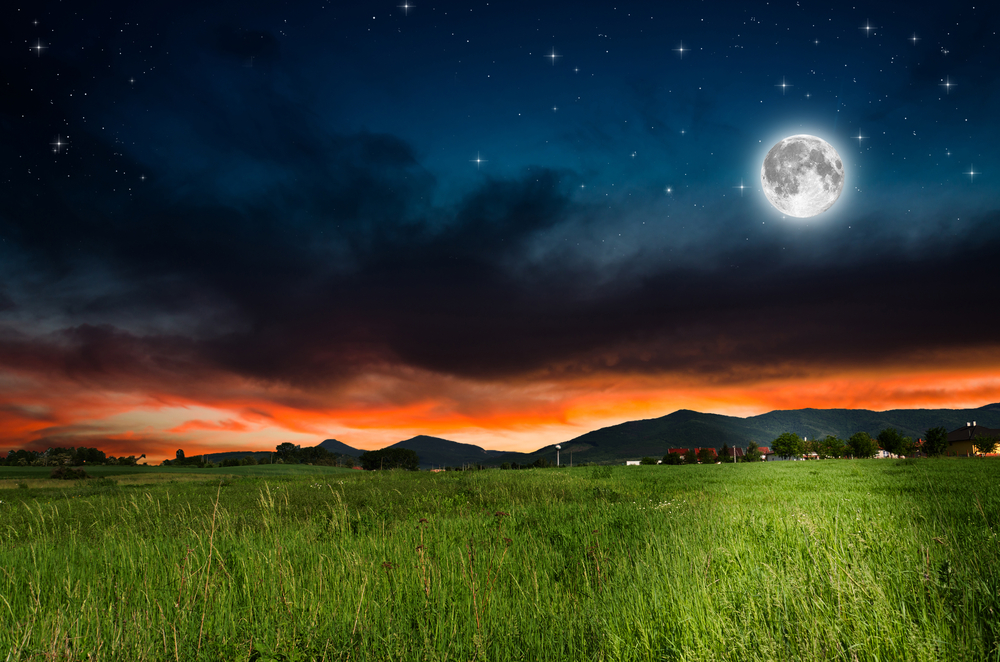 When we compare our lifespans wherein our endeavors unfold to the age of the earth, or to that of the universe which we are told is fifteen thousand million years old, they seem of less significance than a droplet of water in an endless ocean. For today’s materialist life holds little significance other than that of consumption and seeking instant gratification. To believers in God and His Divine Unity, however, life is seen as a rich tapestry of signs, and as an arena of tests, that afford us the opportunity of knowing Allah and worshiping Him: “I created men and jinn, avers Allah in the Qur’an, only that they may worship Me.” [1]

Early Qur’anic exegesists have cited Ibn ‘Abbås, and his illustrious student, Mujåhid, as saying that Allah’s words: ‘that they may worship Me’ – illå li ya‘budun, actually mean: “that they may know Me – illå li ya‘rifun.” [2] The reason for this is quite straightforward, which is that we cannot worship Allah without first knowing Him. This is why it has been said:

Meaning, “that the first duty upon a person is to know Allah vis-a-via His Oneness and Divinity.” [3]

“That You May Know”

In his essay on Divine love and intimacy, Ibn Rajab al-Hanbali wrote: “Allah created creation so that they may worship Him through love, fear and hope of Him. Allah, Exalted is He, strictured: “I created jinn and men only that they may worship Me.” However,  Allah can only be worshiped by possessing knowledge (marifah) of Him; which is why He created the heavens and the earth, and all that is between them, as an indicator to His divinity and majesty. About this, Allah proclaims: Allah it is who has created seven heavens, and of the earth a similar number. His command descends through them, so that you may know Allah has power over all things, and that He encompasses all things in knowledge.”[4][5] Here we are told that creation was created li ta‘lamu – ‘that you may know’ Allah, and that His Command courses through the creation, and that His omnipotence and His omniscience envelop all things.

Commenting on the above verse, Imam al-Sa‘di writes of the creation that, “All of this was [created] in order for people to know and to discern that His knowledge and power circumscribe each and everything. As they come to know Him through His Beautiful Names and Sublime Attributes, they will then adore and worship Him, and also fulfill His rights. This is the greater purpose behind the creation and command: to know Allah and to then worship Him.” [6]

In explaining the hadith: “Know Allah in times of prosperity and He will know you in times of adversity,” [7] Ibn Rajab writes about ma‘rifah , or knowing Allah:

“A servant’s ma‘rifah of his Lord is of two levels: Firstly, a general acquaintance which involves acknowledging, affirming and having faith in Him: this type of ma‘rifah is common to all believers. Secondly, a deeper type of ma‘rifah, or acquaintance, which leads to hearts being totally inclined to Allah: devoted to Him; intimate with Him; at peace when remembering Him; being shy of Him; and being held in awe of Him. This is the specific type of ma‘rifah around which the gnostics, or ‘årifun, revolve – as one of them remarked: “The poor people of this world have departed from it without xperiencing the most delightful thing in it.” He was asked: What is the most delightful of things? He said: “The ma‘rifah of Allah, Mighty and Majestic is He.” Ahmad ibn ‘Asim al-Antaqi said: “I desire not to die until I attain ma‘rifah of my Lord. I do not mean ma‘rifah in the sense of merely believing in Him; but a ma‘rifah so that, when I know Him, I feel shy of Him.” [8]

These levels of ma‘rifah can be likened to the example ofa man and a neighbour who has just recently moved in across the road. [9] At first he becomes acquainted with his new neighbour in a general sense. He may learn of his name, his vocation, whether he is married with kids; he will also learn of his general appearance and be able to recognise him when meeting him on the street. He may well, by asking around, be able to glean other facts about his new neighbour. Yet whatever information he learns about him will be at an indirect, impersonal level; unlikely to stir the heart into having any deep senseof respect or admiration for the neighbour. Indeed, beyond acknowledging the neighbour’s existence and presence in the locality, his outlook towards him may possibly be one of polite indifference. This is akin to the first level of ma‘rifah spoken of by Ibn Rajab.

Let us now suppose that he decides to know his neighbour directly and introduces himself to him; visits him frequently; socialises with him; and, over time, forms a sincere and faithful friendship with him. He is now able to observe and experience at first hand his neighbour’s fine character: his kindness, generosity, knowledge and wisdom, compassion, and other virtues that can only be known through direct contact. This intimate knowledge of his neighbour evokes in the man a profound respect and admiration for his neighbour, and a deep and abiding love for him. What is more, it is probable – guaranteed even – that his neighbour will begin to disclose to him many of his most private thoughts, and share with him many of his most intimate feelings, which could never have been known even in a lifetime’s worth of indirect observation or investigation. Instead, such knowledge is only granted to him out of the neighbour’s desire to be more intimately known, and out of the man abiding by the rules of propriety (adab) in seeking to know and to draw closer to his neighbour. This reflects the second degree of ma’rifah discussed by Ibn Rajab. No wonder, then, that the ma‘rifah of Allah has been described as ‘the most delightful of things’ on this earth.

As for the hadith frequently cited in Sufi literature: “I was a treasure unknown but wanted to be known, so I created creation and made Myself known; they then knew Me,” hadith masters have declared this narration to be a chainless forgery. In his dictionary of fabricated hadiths, Mullå ‘Ali al-Qåri states: “Ibn Taymiyyah said: ‘This is not a saying of the Prophet, peace be upon him, nor is it known to have a chain of transmission; be it sound or weak.’ Al-Zirkashi and al-‘Asqalåni said the same. Its meaning, however, is sound, taking its cue from Allah’s words: “I created jinn and men only that they may worship Me,” meaning “that they may know Me” – as explained by Ibn ‘Abbås, may Allah be pleased with him.” [10]

Ibn al-Qayyim has noted: “In the Qur’an, Allah, Exalted is He, invites people to acquire ma‘rifah; or knowledge and gnosis [of Him], via two ways: Firstly, by reflecting upon the divine handiwork [in creation]; and secondly, by contemplating over the Qur’an and pondering over its meanings. The former are His signs that are seen and witnessed, the latter are His signs which are heard and understood. “The first type is referred to in His saying: In the creation of the heavens and the earth; in the alternation of the night and day; in the sailing of ships through the ocean for the benefit of mankind; in the water that Allah sends down from the sky and with which He revives the earth after its death; in the animals of all kinds that He has scattered therein; in the ordering of the winds and the clouds that are driven between heaven and earth, are signs for people who can think. [11] And His words: In the creation of the heavens and the earth, and in the alternation of the night and day, are signs for those of understanding. [12] Verses like these occur frequently in the Qur’an.The second is referred to in His saying: Will they not reflect on the Qur’an? [13] As well as: Do they not reflect about what is being said? [14] And: This is a Book that We have sent down to you, full of blessings, that they may reflect over its signs. [15] Such verses also occur frequently.” [16]

Another way by which ma‘rifah is nurtured in the heart is by engaging in divine remembrance, or dhikr. Ibn al-Qayyim said of dhikr: “It opens to a person the greatest door to ma‘rifah. Hence, as his remembrance [of Allah] increases so does his ma‘rifah.” [17] Amidst the dramas of this world, therefore, and amidst its songs of sorrow and joy, the Qur’an asks the human creature to know their Maker and to remember Him, and to live out their lives in conscious awareness of Him.

Having dwelt upon the need for, and nature of, seeking ma‘rifah of Allah, Ibn Rajab then says: “Allah’s ma‘rifah of His servants is also of two degrees: A general awareness, which refers to His knowledge of His servants and His awareness of all that they do: whether done openly or secretly. Allah said: We created man, and We know the promptings of his soul, and We are closer to him than his jugular vein. [18] And He informs: He knows you best since He created you from the earth, and when you were embryos your mothers’ wombs. [19]

Thus those who worship Allah upon such ma‘rifah, and in accordance with the Sacred Law (shariah), are led by it to an even deeper gnosis or ma‘rifah. And so it is that Allah, in His overwhelming grace, raises those who are imperfect and ignorant, yet strive to subdue their lower selves; open their hearts to His light; and seek to know and draw closer to Him.
1 5 – 0 5 – 0 7

What do Teachers Make?