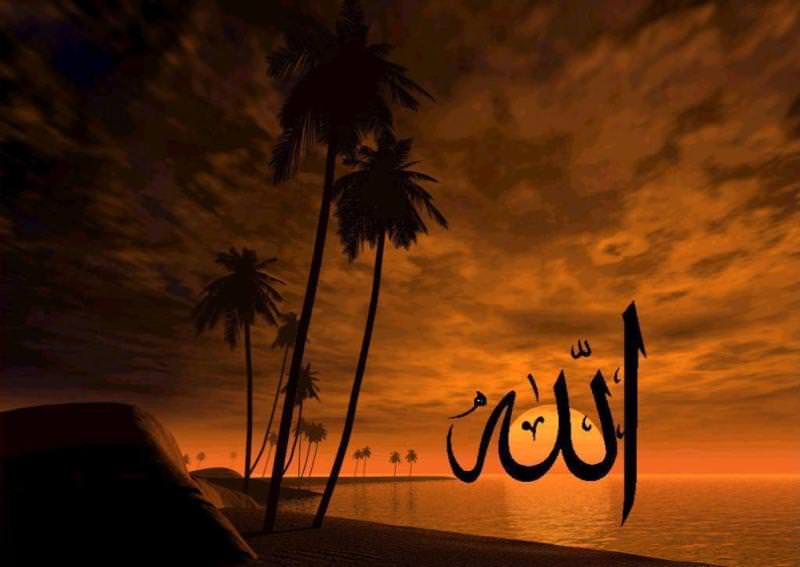 Studying the Names and Attributes of Allāh helps the individual to heighten his consciousness of Allāh (سبحانه وتعالى). If he develops an awareness that Allāh sees him at all times, he will feel shy to do anything that he would not like Allāh to see. Because Allāh hears all things, he will feel shy to say anything except that which is pleasing to Allāh. When he realizes that Allāh knows what is concealed in the chests, He will purify his actions and his intentions for Allāh.

As one’s awareness of Allāh increases, He will witness Allāh’s Mercy, Allāh’s Generosity, His Kindness, His Justice, His Wisdom, and all His Lofty Attributes in everything and in every facet of his life. Developing this awareness of Allāh by contemplating His Names is the key to attaining the level of Ihsān.

As for his statement “It is to worship Allāh as if you see Him,” it indicates that a person should worship Allāh with a consciousness that He is Near and that he, the worshipper, is standing before Him. This will result in feelings of awe, fear, and reverence as mentioned in the narration of Abū Hurayrah, “To fear Allāh as though you see Him.” This also leads to sincerity in worship and expending one’s full efforts in beautifying and perfecting one’s act of worship.

As for his statement, “for if you do not see Him, surely He sees you,” many scholars have interpreted this to be referring to a level beneath the level mentioned in the first statement. The worshipper may find it difficult to develop the first level of consciousness of Allāh. In that case, he should seek assistance in worshipping Allāh from his belief that Allāh sees him, that He is aware of his exterior and interior, that nothing is hidden from Him. When he attains this station, it will then become easy for him to arrive at the second station, which is to develop a continual consciousness of Allāh’s Nearness to Him.

In his commentary on this hadīth, ibn Rajab quotes one of the pious ladies of the Salaf as saying,

Ibn Rajab comments on this, saying,

“She has mentioned the two stations already alluded to.

The first of them is the station of al-ikhlās. It is for the servant to perform deeds while conscious that Allāh is witnessing him, watching him, and Near to him. If the servant maintains an awareness of this while doing his deeds, he will be sincere to Allāh (mukhlis lillāh), because his awareness of this during the course of his deeds will prevent him from turning to anyone other than Allāh or intending anyone else by his deed.

The second of them is the station of al-mushāhadah. It is for the servant to perform deeds based upon his witnessing Allāh (تعالى) with his heart. It is for his heart to be illuminated with faith and for his insight to penetrate knowledge until the unseen becomes like the seen.”

This station of ihsān is only attainable by knowledge of Allāh which is gained by studying and understanding His Names, His Attributes, and His Actions.

The Prophet (صلى الله عليه وسلم) has encouraged us to maintain this awareness in our acts of worship. For example, he said, “When one of you stands up to pray, he is engaging in an intimate dialogue with his Lord, or His Lord is between him and the qiblah, so let him not spit in the direction of the qiblah.” [Al-Bukhārī, Muslim]

In another wording, “Let him not spit in front of him, for Allāh is before his face.” [Al-Bukhārī]

However, consciousness of Allāh is not merely limited to the times of prayer or other acts of worship. One should strive to remember Allāh at all times. One time, a man came to the Prophet (صلى الله عليه وسلم) and said, “The (optional) acts in Islām have become many for us, so inform us of something comprehensive that we may focus on.” The Prophet (صلى الله عليه وسلم) responded, “Let not your tongue cease being moist with the remembrance of Allāh.” [Ahmad, al-Tirmidhī, ibn Mājah, ibn Hibbān]

It should be kept in mind, however, that remembrance of Allāh with the tongue alone is the least of the three levels of dhikr. It is superceded by remembering Allāh with the heart, while the highest level of dhikr is to remember Allāh with your tongue and with your heart together.

There is no doubt that the Prophet (صلى الله عليه وسلم) had attained the highest level in this regard. His heart was constantly engaged in the remembrance of Allāh. He could often be heard praising and glorifying Allāh. This helps us to understand his statement, “My heart sometimes becomes distracted (lit. covered), and indeed I seek Allāh’s forgiveness one hundred times.” [Muslim]

This hadīth indicates that the Prophet (صلى الله عليه وسلم), being a human being, sometimes his heart would become distracted from Allāh. However, his connection with Allāh (سبحانه وتعالى) was so strong that he would rush to seek His Forgiveness immediately and he would continually seek His Forgiveness for that.

His connection with Allāh reached such a level that it nourished not only his heart and soul but his body as well. He used to practice something called wisāl, continuous fasting. He would go days at a time without breaking his fast. The Companions wished to follow his example in that but he prohibited them, saying, “I am not like you, My Lord feeds me and gives me to drink.” [Agreed Upon]

That is, the spiritual sustenance that the Prophet (صلى الله عليه وسلم) received from his connection to Allāh sufficed him from having to eat. It gave his body strength to stand up in worship at nights for long times and to fulfill his duties without suffering weakness as any other person would.

In fact, his knowledge of Allāh was so great that he was filled with love and gratefulness to Him. Thus, it comes as no surprise that `Ā’ishah relates that Allāh’s Messenger (صلى الله عليه وسلم) used to stand in prayer until his feet would crack. She asked him, “Why do you do this, when Allāh has forgiven for you your past and future sins?” He responded, “Should I not be a grateful slave?” [Agreed Upon]

Most people, if they had a guarantee of forgiveness, they would relax in their worship of Allāh, but this was not so for the Prophet (صلى الله عليه وسلم). Due to his receiving and carrying the revelation, he had reached such a level of knowledge concerning Allāh that he loved to worship Him even though his sins were already forgiven.

Similarly, this shows the great virtue of the Ten Companions promised Paradise. Although they were not told that all their sins were forgiven, Allāh’s Messenger (صلى الله عليه وسلم) had given them a guarantee that they would enter Paradise. Such a guarantee could only have been given to such pious men whose connection with Allāh was so strong that they would not falter in their obedience to Him and their worship of Him by receiving such a guarantee. Rather, they would increase in gratefulness to Allāh and worship. These are the fruits of possessing intimate knowledge of Allāh by way of His Most Beautiful Names and His Lofty Attributes.

Du’a: The Weapon of the Believer

Al-Junayd on the Love of Allah