Seeing the headlines these days, one can hardly imagine that real people live in Bosnia and Herzegovina. Global news has stripped Bosnians of their humanity. Over time, Bosnians have been portrayed as “ticking bombs,” immigration statistics, “trouble in Europe’s backyard,” and as of late, “2 million Muslims we have to integrate.” This sort of language is nothing new; it has been used for decades in order to deter people from educating themselves on Israel’s oppression of Palestine. It is being used now to minimize the injustice and suffering Bosniaks have endured in the recent past. The latest crisis in Bosnia has propelled this small Balkan country onto the world’s stage, and it might very well be the last call for action.

How We Got Here: Secession and the Electoral Reform 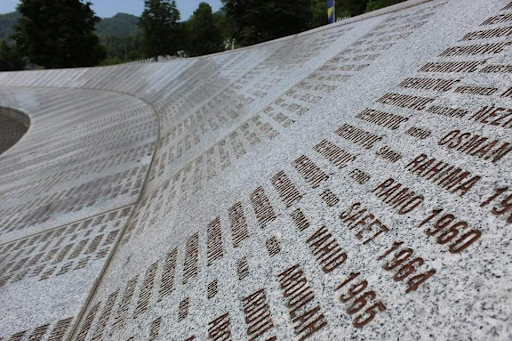 The Srebrenica genocide—committed against over 8000 Bosniaks by the Bosnian Serb Army in July of 1995—remains at the center of Bosnian public discourse. Although well-documented and indisputable in local and international courts, the Srebrenica genocide is not a settled matter in Bosnia and Herzegovina. A concerning number of Bosnian Serbs continue to not only deny or minimize the genocide that happened, but also to praise its main perpetrators as heroes of the Serb people. This has led to a hostile environment in which the remaining survivors have become targets themselves.

Earlier this month, the UN expressed concern over the rising hate speech in Republika Srpska – the smaller entity comprising of 49% of the overall territory of the country. According to the UN report, during their celebration on 9 January, Bosnian Serbs were “…chanting the name of convicted war criminal Ratko Mladic during torchlight processions, sung nationalistic songs calling for the takeover of locations in the former Yugoslavia, and fired shots in the air outside a mosque.”

Last year, only twelve days after Bosniaks prayed the janazah for nineteen victims of the Srebrenica genocide identified the year before, a genocide denial law was enacted. Valentin Inzko, then the High Representative for Bosnia and Herzegovina, used his Bonn Powers to push forward a law that forbids genocide denial and the glorification of war criminals, amongst other things. The Bosnian public was in shock, and the majority of people in Republika Srpska, alongside their leadership, was outraged; they perceived this law as a further vilification of Serbs and their heroes. Bosniaks listened to the news with skepticism and disbelief. Inzko had turned a blind eye to numerous provocations and attacks on the sovereignty of their country many times before; it was hard to believe he was finally fighting for its interests.

It wasn’t long after that Milorad Dodik, the Bosnian Serb member of Bosnia’s tripartite Presidency, declared that because of the “discriminatory” law, the entity of Republika Srpska had started the process of pulling out of three key state institutions: armed forces, top judiciary body, and tax administration. He further revealed his goal of soon forming Serb-only forces, stating that certain Bosnian agencies and institutions would be banned from operating in the smaller entity. Bosniaks have listened to Dodik’s threats for years, naively discarding them as the ramblings of a corrupt, power-thirsty politician. Last year, after years of turning nationalist Bosnian Croat politicians into his allies, testing the waters to see how far he could push his hateful rhetoric, he was ready to make a move. The divided Bosniak leadership had failed to come up with a firm response and strategy. 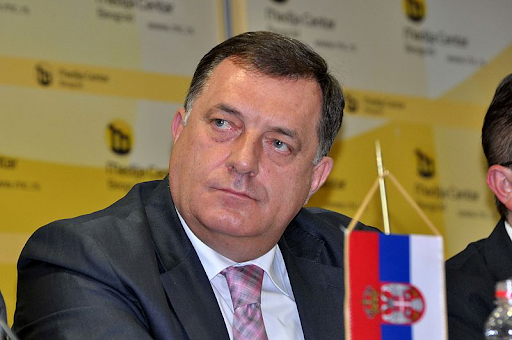 His boldest move of late—the final secession of the entire region of Republika Srpska from the country—coincided with the undergoing electoral reform in Bosnia. In short, according to Bosnia’s election law, its citizens can vote only for Bosniak/Serb/Croat candidates for the Presidency. Many see this as discriminatory towards candidates from minority groups or candidates who do not affiliate themselves with the three major ethnic groups. Back in 2009, the European Court of Human Rights ruled that all Bosnian citizens should be eligible to run for presidency. Bosnian Croat nationalist Dragan Čović (aligned with Dodik) is also worth mentioning here; since Bosniaks (50.11% of the population) and Bosnian Croats (15.43%) share the bigger entity of Federation, Čović is demanding that only Croats vote for the Croat member of Presidency, in order not to get outvoted.

Reactions from Outside: What To Do About Bosniaks? 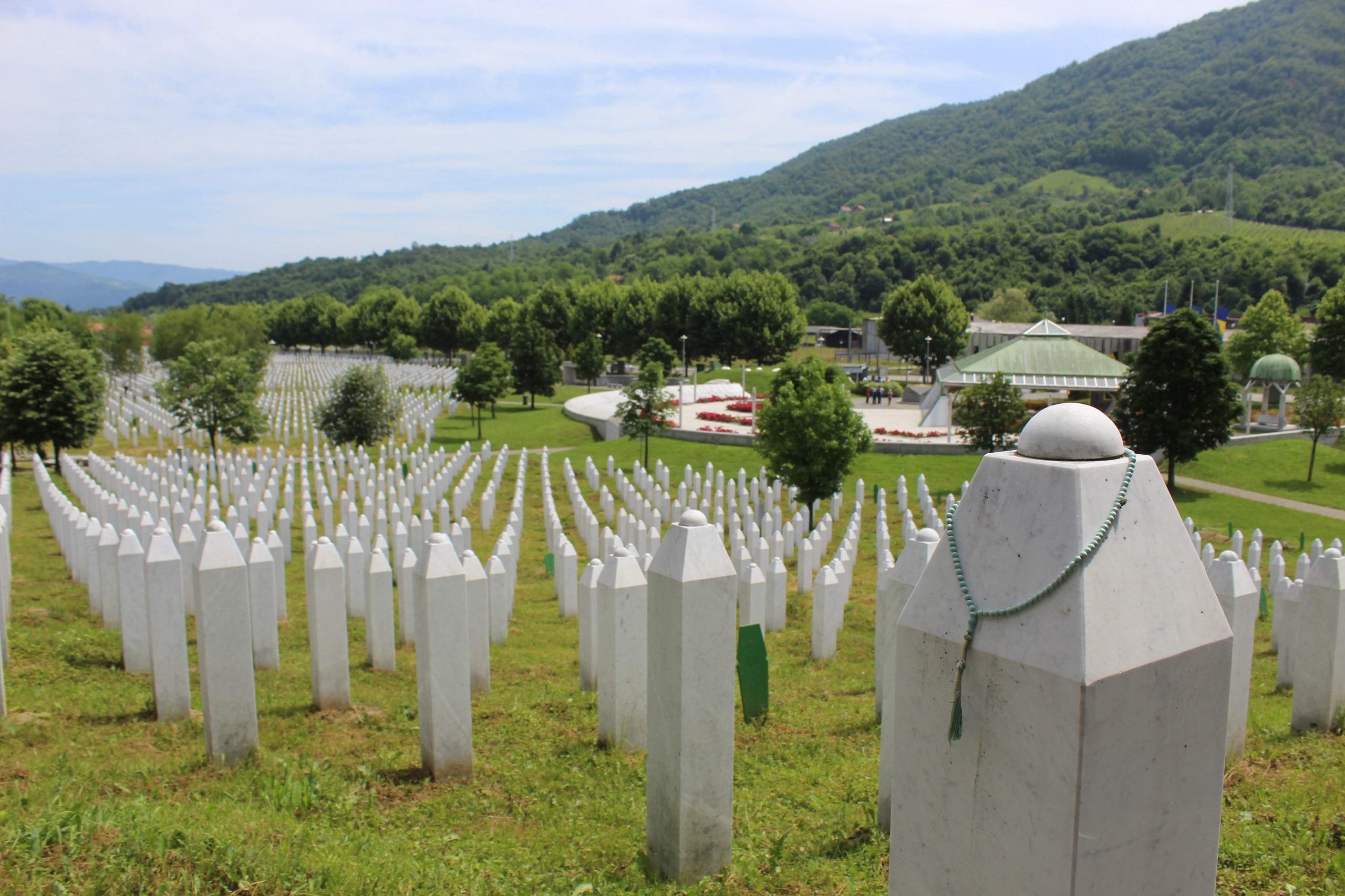 Outside of Bosnia, some politicians shake their heads in disapproval, while others openly support these attacks on Bosnian sovereignty. The right-wing parties in Europe are one step ahead: they are openly supporting and financing Dodik’s efforts to dissolve the country. In late November last year, Olivér Várhelyi, European Commissioner for Neighbourhood and Enlargement (a man close to the right-wing Hungarian PM Viktor Orbán), blamed Inzko’s law for causing the crisis. Viktor Orbán openly said that he would veto any sanctions that the EU might impose on Dodik, adding that he is willing to aid Republika Srpska’s efforts to secede with a 100 million euros. At an event in Budapest back in December, he said: “The challenge with Bosnia is how to integrate a country with 2 million Muslims.” This deeply Islamophobic, xenophobic, and inflammatory statement shows the right-wing attitude towards Bosniaks as an ethnic group, as well as towards those who identify as Muslim.

Bosniak allies from the EU have failed to take any concrete measures against the warmongering politicians from Republika Srpska. Earlier this month, however, the US imposed sanctions on Milorad Dodik, on charges of corruption and the threatening of the stability and territorial integrity of Bosnia and Herzegovina. This did not prevent Dodik and his political party from holding a ceremony to celebrate January 9, the day of the formation of the smaller entity. This was despite that particular holiday being banned and declared discriminatory by the Bosnian Constitutional Court. The ceremony was attended, amongst other right-wing politicians, by a French delegation sent by Marine Le Pen.

For Bosniaks, this pattern is all too familiar. In the 1900s, both sides attempted to dissolve Bosnia with the help of Serbia and Croatia. Bosniak leadership has completely failed them—proving many times that it relies exclusively on European or American aid to keep relative peace. For Bosnian Muslims, who made up 80% of 100,000 casualties in the last war, and a similar percentage of the two million who were displaced, this confirms the painful truth: not only is there no justice for the atrocities committed against them, but there is a possibility of the massacres taking place once again. Survivors left to live with their traumas are now forced to relive them.

Dismantling Media Narratives: Where You Come In 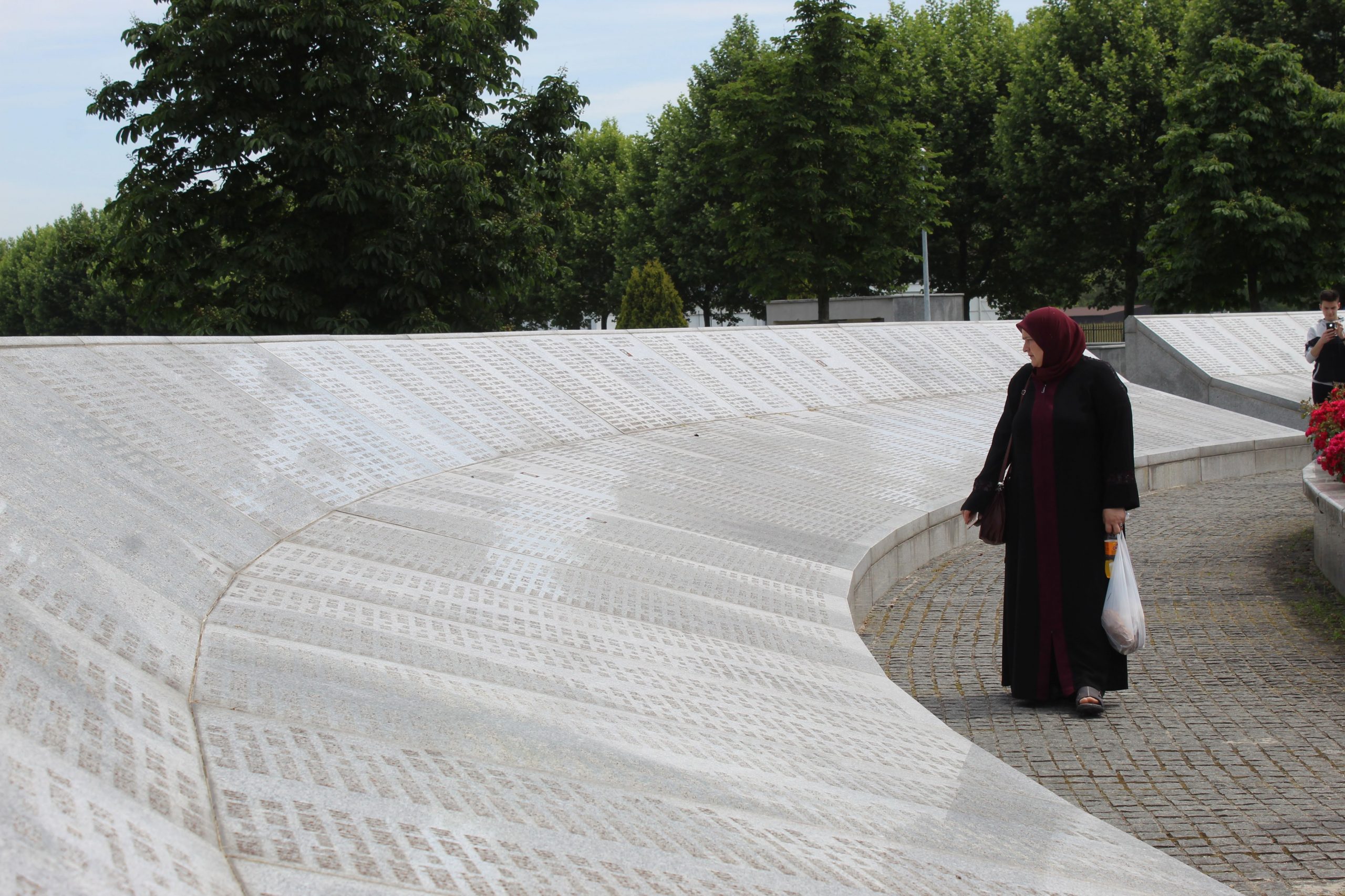 It is clear to Bosnians and their supporters abroad that the situation is quite serious. One additional disadvantage Bosniaks have is the media’s dehumanization of our people through purposefully vague and complex language -or even worse: pushing the narrative that all sides are to blame somehow. The bottom line is: Bosnia is not the world’s most complicated Rubik’s cube. It is a place where normal people live, people who want normal salaries for their work, a safe environment to live in, and a proper government.

However, there is no denying that many within Bosnian borders do not share the same goals of reconciliation, punishment of war crimes, and a life together. It is now clearer than ever that we are reaching the breaking point. Last week, there were protests in fourteen countries across the world against the secession and the war that such a move would inevitably bring. The Bosnian diaspora across the globe is trying to draw attention to the severity of the situation. We need sympathetic people to inform themselves about our history, spread the word about our situation, and help us dismantle harmful media narratives that are preventing the global audience from truly caring about our cause.