Why don’t we Muslims ever condemn terrorism? This is a perennial question many intelligent, reflective people have asked over the years. Usually these people don’t have a single Muslim acquaintance and don’t know how to use a search engine, but that’s besides the point.

Some have argued that Muslims shouldn’t be required to condemn every single criminal act done in the name of their religion. After all, asking Muslims to condemn terrorism is akin to demanding Muslims assume guilt for the crimes of a deranged few, and that’s just racist. Or so the argument goes.

But I totally disagree.

Rather than stopping our condemnations, I believe Muslims need to be making more condemnations. Much more. I just don’t feel like Muslims have done enough to denounce all the bad stuff we’re loosely, indirectly responsible for, probably. Why else are people always asking why Muslims aren’t condemning terrorism? Clearly, we need to take our condemnation game to the next level.

According to my calculations, we need to be denouncing things at fifty times the volume and at least twenty times the speed to meet all the demand. The problem is all that denunciation takes a lot of time and resources. We need a 21st century solution to this problem.

That’s why I am developing the world’s first Muslim denunciation app: The iCondemn®!

With the iCondemn®, Muslims can say “not in my name” at the speed of life!™ And non-Muslims no longer need to wonder whether 1.6 billion Muslims around the world feel the guilt and sincerely apologize for that latest reprehensible crime some idiot carried out while shouting “Allahu Akbar!”

Feast your eyes on these exclusive screen shots: 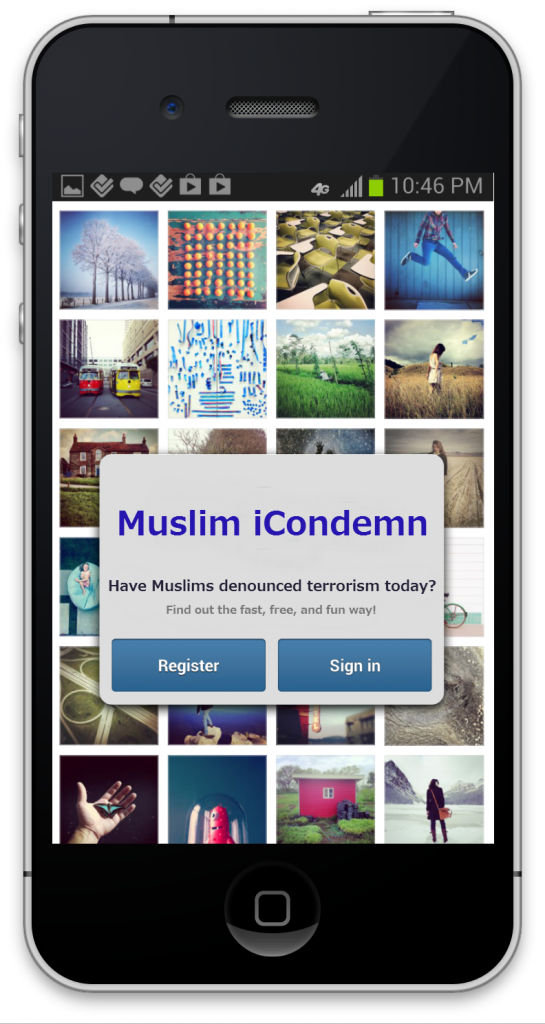 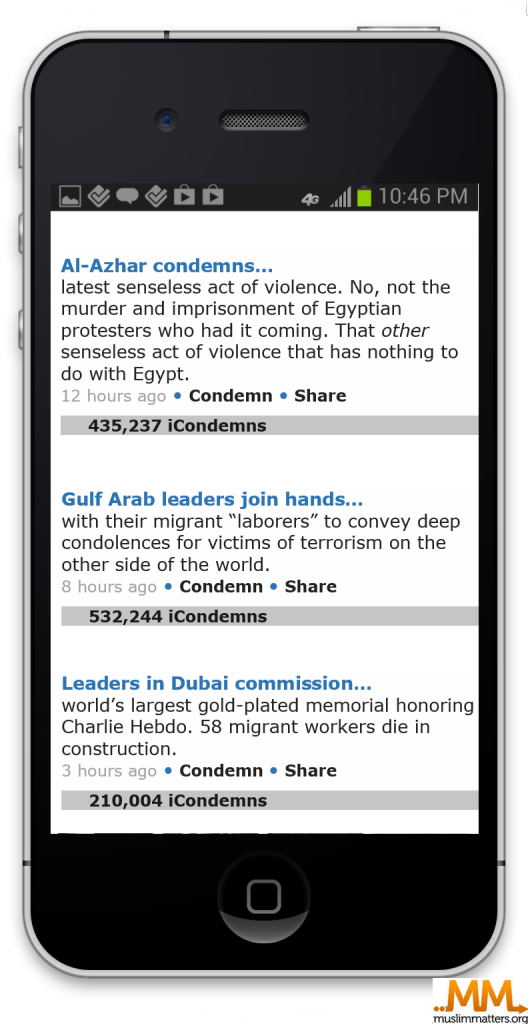 – With full international coverage, you get Muslim condemnations from all over the world! 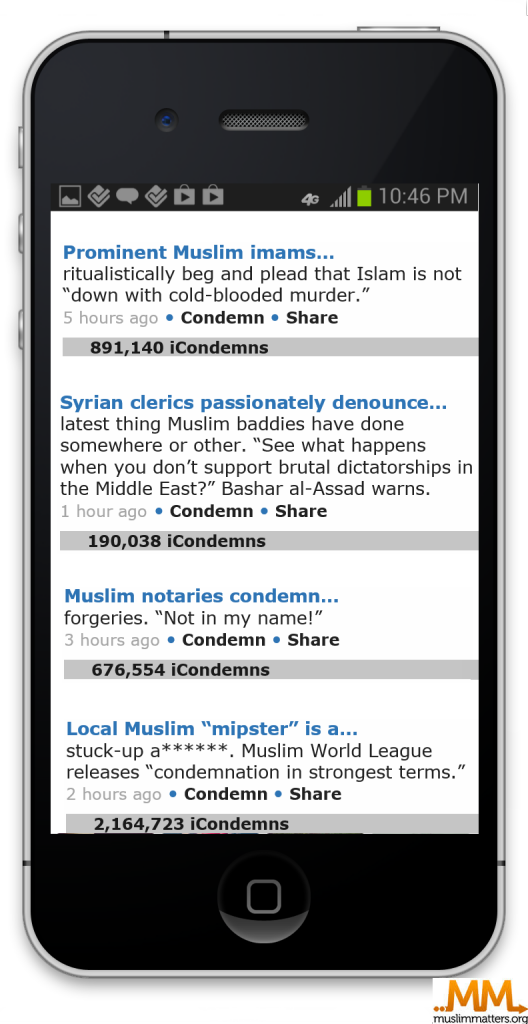 – With iCondemns®, you can join in on the condemnation. Just hit the “Condemn” button® to jump on the bandwagon! Some posts get MILLIONS of iCondemns® from people around the world! 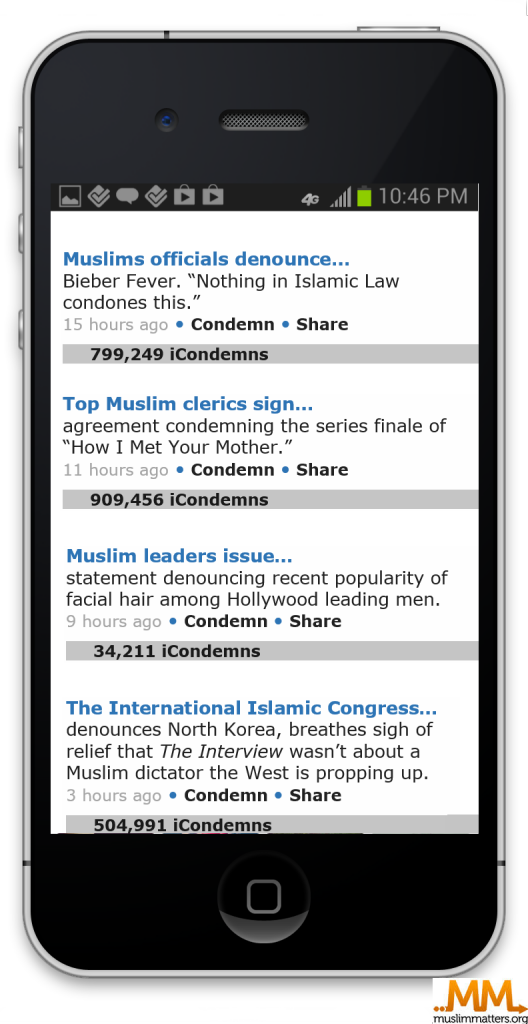 – Muslims are not afraid to be cultural critics, too. 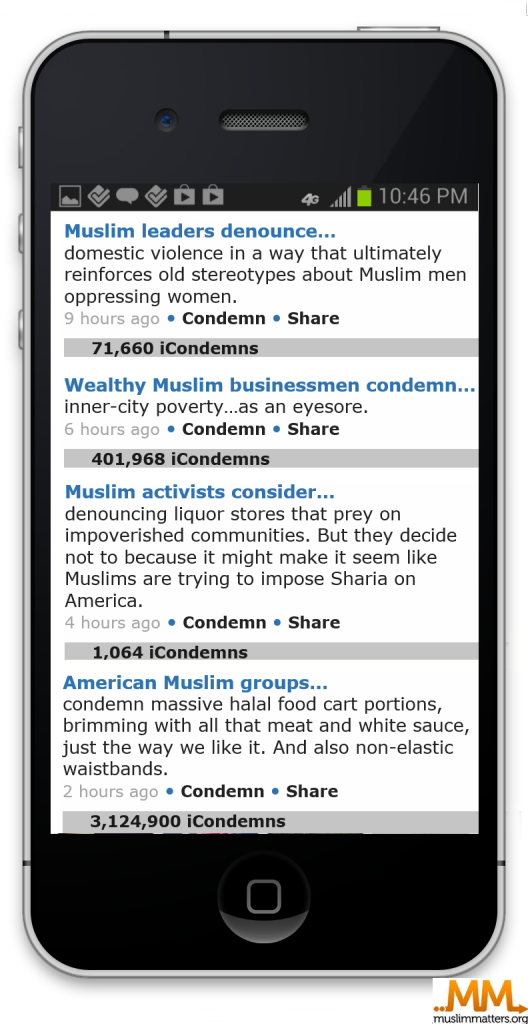 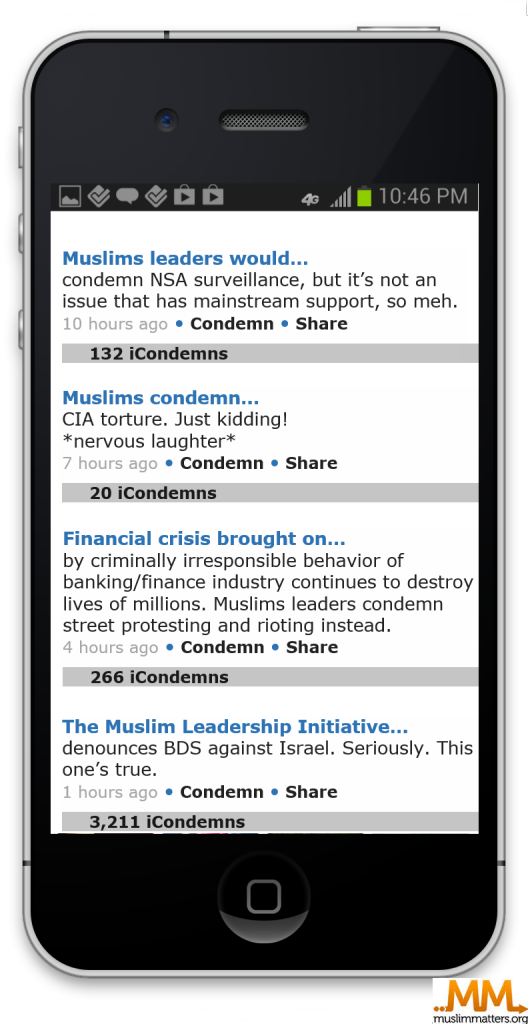 – Keep your finger on the pulse of Muslim self-consciousness!™ 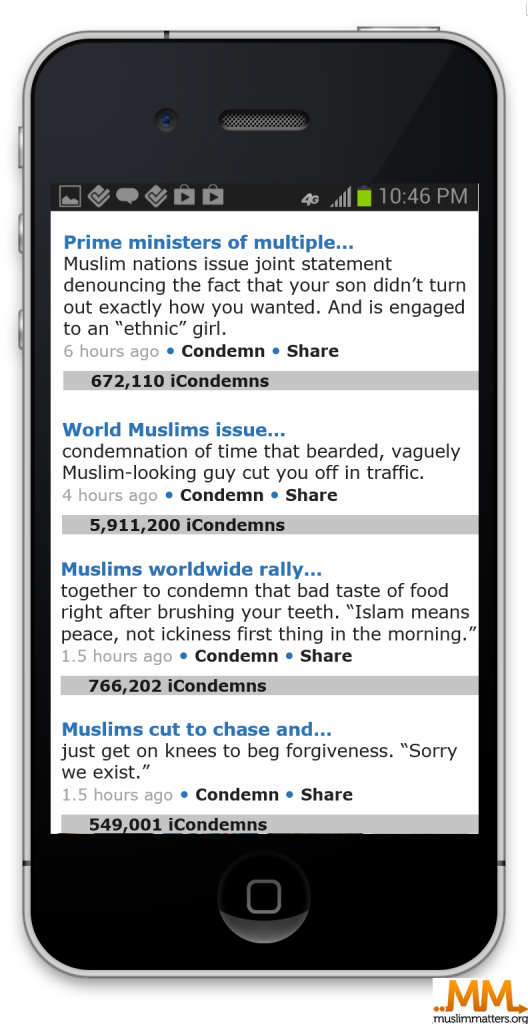 – The iCondemn® app uses highly advanced technology to condemn even the most mundane evils. 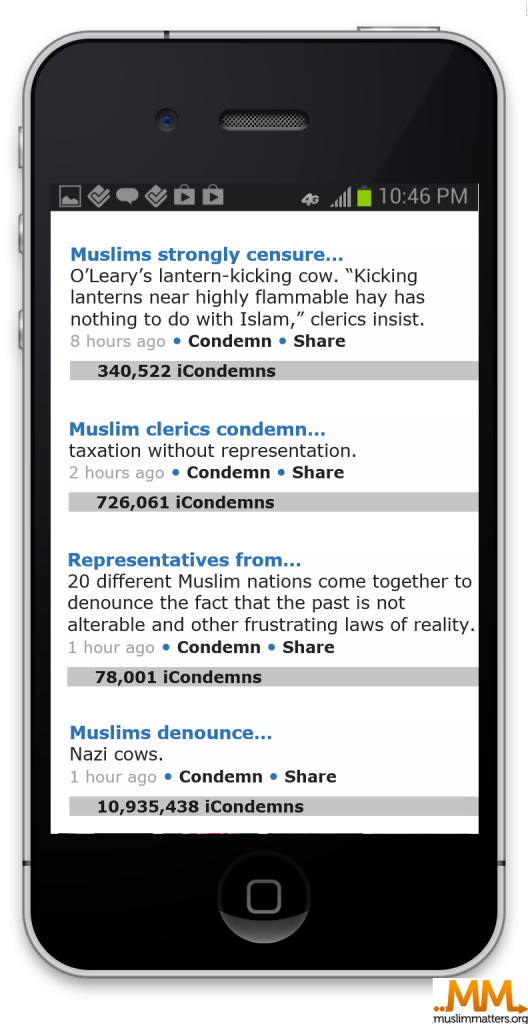 – The amazing thing about this app is that it even issues condemnations of events in the past, like the source of the Great Chicago Fire of 1871 and British imperialism. Also, finally, someone is speaking out about Nazi Cows. 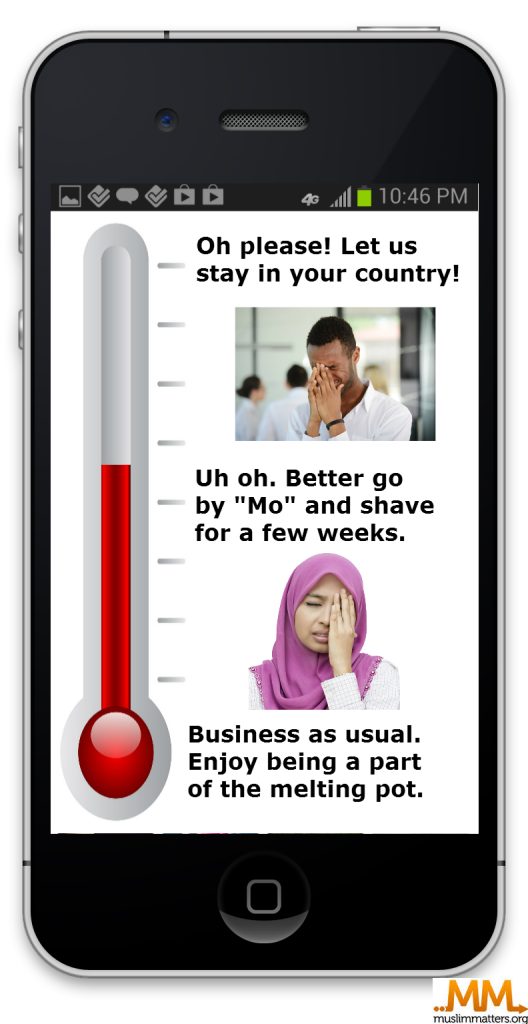 – With a $4.99 upgrade, the app comes with the Guilt-O-Meter®, which accurately gauges how nervous Western Muslims are feeling right about now.

“I was waiting to see Muslims denounce Islam. Until they do that, this app is useless.”

“It’s good to see Muslims finally taking responsibility for my life going down the crapper.”

“I’m a Muslim and I love this app! It feels good knowing that my religion strongly opposes everything a certain segment of middle- to upper-class white non-Muslims find evil, offensive, objectionable, or slightly inconvenient.”

“At first I was nervous this app was going to be preachy, but, to my surprise, all the condemnations are totally mainstream. There’s absolutely nothing anyone with a half decent human conscience wouldn’t immediately recognize as bad.”

Get the iCondemn® app today!