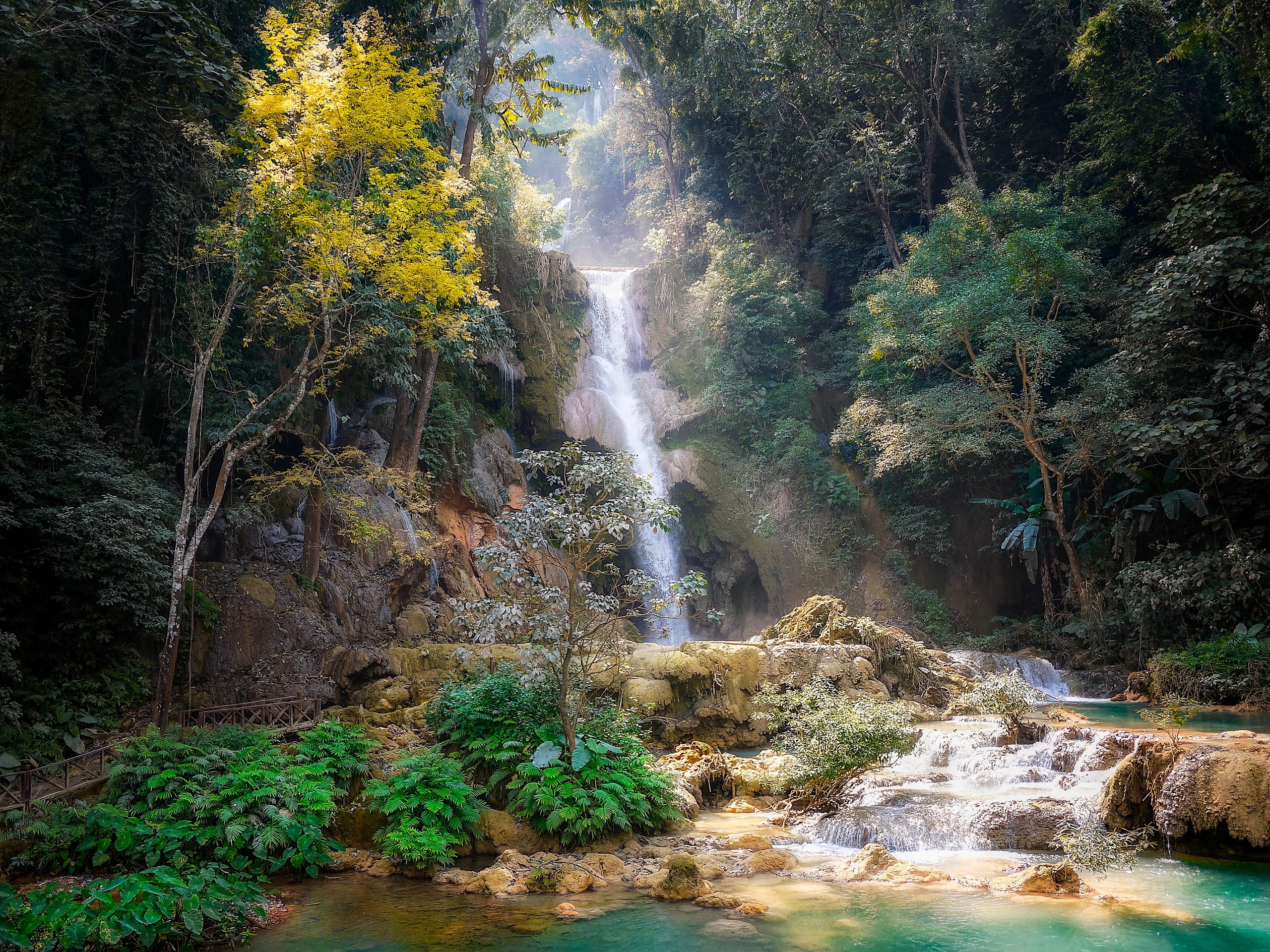 Have you ever flown VIP first class, or perhaps even just watched a video of someone traveling first class? Chauffeur-driven luxury cars pick you up from your home, you’re served drinks and delicious snacks along the way, no anxiety about queues or luggage at the airport, and straight into the VIP lounge where you’re welcomed with delicious food, and a bed and shower. When the flight is ready to leave, you then walk straight into first class, where you’re welcomed by smiling stewardesses, drinks, scrumptious food, and can comfortably relax for the rest of the journey in your own ensuite. A butler is assigned to you, and your wish is his/her command.

Imagine receiving a billion times more special, personalized, and perfect reception when we reach our final and forever destination. Imagine that we are given a VIP ticket to Jannah, and that we are the ones welcomed into the final abode by a line of angels, all giving us salaam from Allah

, the Lord of the Worlds. How intense would our joy and happiness be?

“Their greeting the Day they meet Him will be, ‘Peace.’ And He has prepared for them a noble reward. [Surah Al’Ahzab: 33;44]

lovingly describes to us how we can achieve the status of the true slaves of the Most Merciful, who will have angels welcoming them into Jannah. These true slaves of Allah

wholly and fully submit to Him, basing and living their lives how He wants them to. Alongside this, these special people adopt these 10 traits: 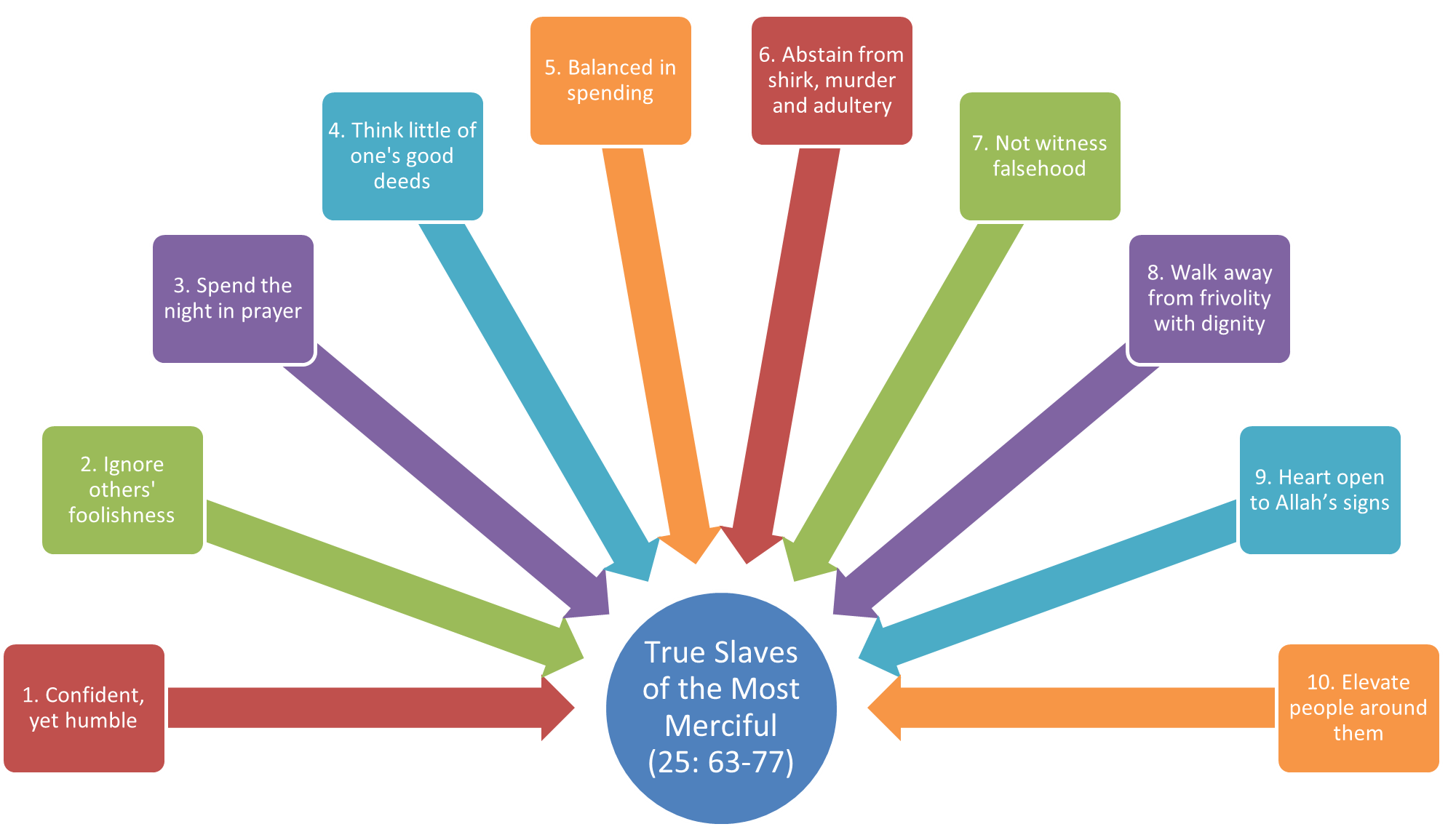 1. Be confident, yet humble – these slaves of Allah

walk gently on the earth.

“And the servants of the Most Merciful are those who walk upon the earth easily, and when the ignorant address them [harshly], they say [words of] peace,” [Surah Al-Furqan: 25;63]

A person’s walk reflects their manner, personality, and attitude. This means they are humble and modest easy-going people (nor pushy), with no sign of arrogance towards Allah

or others. However, this does not mean they hang their heads down or walk/behave slowly, rather they walk and behave like the Prophet

, quick and confident, yet serene and dignified.

2. Do not indulge in others’ foolishness – These people know better than to invest their energy or time in futile arguments with people’s foolish behavior, as they are focused on their own greater goals.

“And the servants of the Most Merciful are those who walk upon the earth easily, and when the ignorant address them [harshly], they say [words of] peace,” [Surah Al-Furqan: 25;63]

When someone argues with them, they remain composed and honorable, answering simply with a calm word/sentence like ‘peace’ to remove themselves from that situation, whilst also ensuring that the other party is not offended, not wanting to risk themselves having committed a sin.

3. Spend the night in prayer – During the day these special people submit to Allah

(as described above) through ways which can be noted by and inspiring to others. But they also submit themselves to their Creator in the privacy of their own homes, sacrificing their sleep to seek forgiveness and spiritual fuel for the self.

“And those who spend [part of] the night to their Lord prostrating and standing [in prayer]” [Surah Al-Furqan: 25;64]

4. Think little of one’s own good deeds – Despite their day and night devotion to Allah

, these special people do not sit content. Rather, their God-consciousness and God-fearing senses make them think very little of their own good deeds, and more concerned about their mistakes and shortcomings.

Hence, they visualize hellfire, and remain fearful of displeasing Allah

and incurring His punishment. They say: “Our Lord, avert from us the suffering of hell, for the suffering it causes is indeed a dire torment; it is indeed an evil abode and a terrible station.” [Surah Al-Furqan: 25;65]

5. Be balanced in spending – Moderation is an important trait that Islam encourages for the benefit of individuals and society. Our religion dislikes miserliness as much as it does unpractical excessiveness. These special people, when it comes to their spending, are

“And [they are] those who, when they spend, do so not excessively or sparingly but are ever, between that, [justly] moderate.” [Surah Al-Furqan: 25;67]

6. Abstain from the major sins –

“And those who do not invoke with Allah another deity or kill the soul which Allah has forbidden [to be killed], except by right, and do not commit unlawful sexual intercourse. And whoever should do that will meet a penalty.” [Surah Al-Furqan: 25;68]

These true servants of Allah

do not associate partners with Him (the greatest of sins) but instead affirm his oneness. They respect and value human life, preventing unlawful killing to ensure that people feel safe to live their lives. Similarly, they avoid adultery; which is fundamental to establishing a noble society where relationships and people feel safe, and people do not succumb to their unrestrained physical desires.

7. Do not have anything to do with falsehood –

“And [they are] those who do not testify to falsehood, and when they pass near ill speech, they pass by with dignity.” [Surah Al-Furqan: 25;72]

This could mean they do not give false testimony, resulting in injustice. Other scholars have explained that this refers to them staying far away from company or gatherings where falsehood is either encouraged or condoned. Ibn Abbas

said this refers to non-Muslims’ carnivals and festivals, and ‘Amr Ibn Qays said it refers to gatherings of sexual immorality.

8. Walk away from frivolity with dignity –

“And [they are] those who do not testify to falsehood, and when they pass near ill speech, they pass by with dignity.” [Surah Al-Furqan: 25;72]

If even unintentionally these people come across immoral gatherings or frivolous idle pursuits, knowing that these acts are hateful and harmful, they walk away with dignity and grace – not taking pride in their walking away nor regarding themselves as superior.

9. Keep your heart open to Allah’s

“And those who, when reminded of the verses of their Lord, do not fall upon them deaf and blind.” [Surah Al-Furqan: 25;73]

When they are reminded of Allah’s

signs or the verses of their Lord, they are not averse to it, rather pay attention and take heed – unlike the ones who just follow their desires or are arrogant in the face of sincere naseehah.

10. Elevate people around you – These special ones are not content with being the special ones alone, they want to elevate their children and spouses to have these special qualities too; as this would bring to them true joy and bliss. Alongside this, they pray that God makes all of them a good role model for those who are God-conscious, thereby focusing on not just their own circle’s improvement, but improvement of their wider society too. Therefore, these are those who say:

“Our Lord! Bless us with ˹pious˺ spouses and offspring who will be the joy of our hearts, and make us models for the righteous” [Surah Al-Furqan: 25;74]

then describes the outcome for those people who embody the traits listed above:  ‎ ‎

“Those will be awarded the Chamber for what they patiently endured, and they will be received therein with greetings and [words of] peace.”

Not only will these special true servants of the Most Merciful be honored with the highest grade in Jannah, but they will also be warmly welcomed by angels with a special salaam from Allah

too! This is as a result of their patient endurance and self-control of their desires and temptations in this world; as choosing to take these steps and embody these traits are not necessarily easy to do.

This salaam will not be like the worldly salaam. This one is a guarantee of forever peace, joy, delight, and fulfillment of any of our desires from our Rab – a guarantee of reward beyond the scope of what we deserve or can imagine.

make us among those who embody all of these traits, and grant us access to that VIP pass to Jannah. Ameen.

– Shatter the Matrix- The World is Not Jannah

Umm Zaynab studied traditional Islamic sciences through the alimiyyah programme, and is currently advancing her studies in fiqh and tafsir.