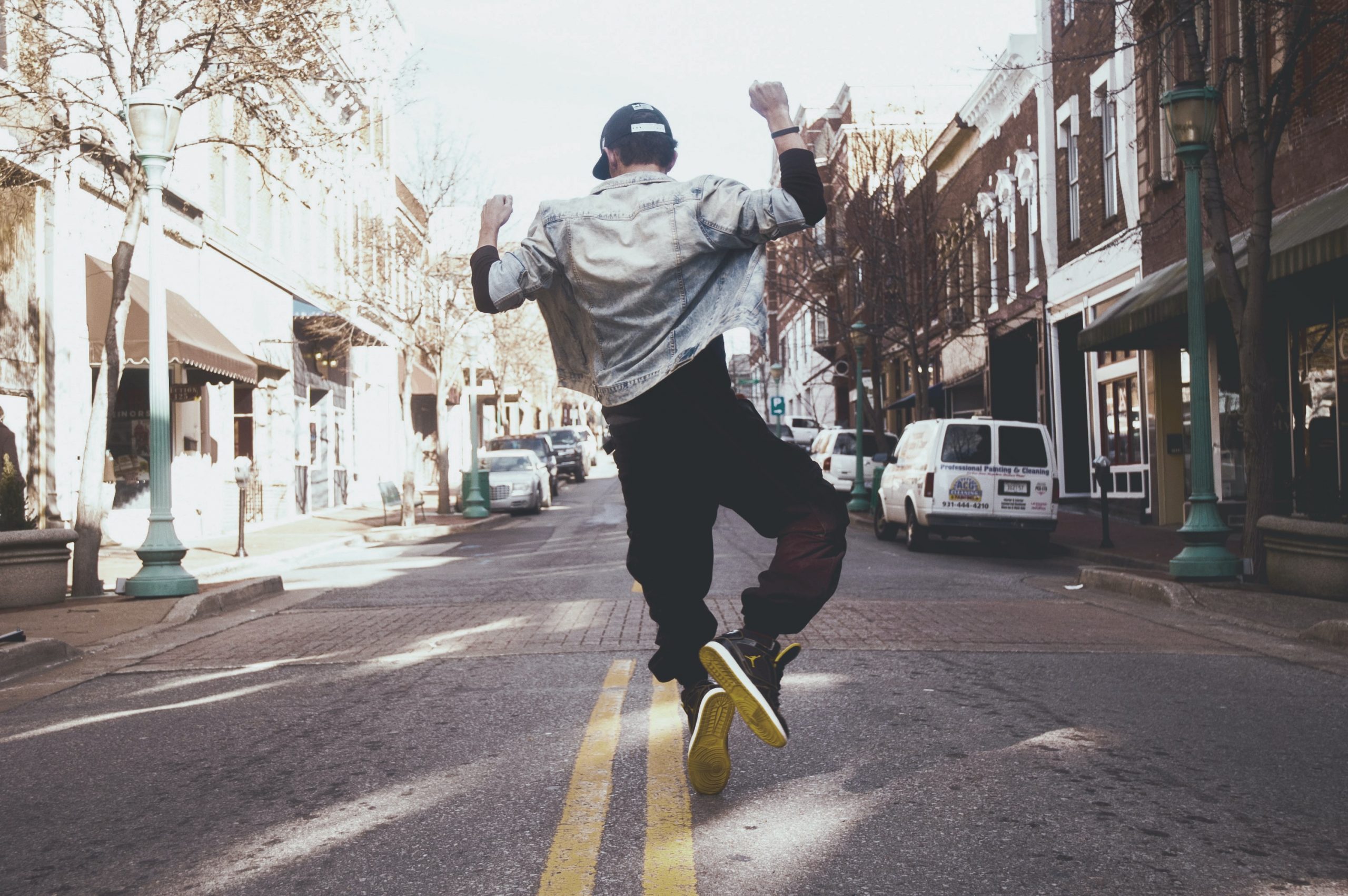 Many have asked why Muslim women are upset with Andrew Tate’s conversion. That is the wrong question. We should be overjoyed when anyone accepts Islam.

The Prophetic Tradition of Honoring Women

This mentorship started from infancy, even in the most sacred space. The Prophet

used to pray while carrying his granddaughter Umāma, and when he prostrated he placed her down and when he got up he carried her. [Bukhari, Muslim] Ibn Hajar quotes the scholar Fakahani in explaining that the Prophet

did so to show them in action how to honor girls. [Fat’hul Bari].

The comprehensive change of a generation is summarized by Omar’s

statement, “In the times of ignorance, we used to have no regard for women whatsoever. But when Islam came and Allah

made mention of them, this caused us to realize that they have rights upon us…” [Bukhari]

Revelation transformed a culture of violence, ownership, and objectification of women to one in which women and men are, as described by the Prophet

Islamic law and Islamic history have shown us the depth of care and critical participation of women, as established by the mentorship of the Prophet

“..and she was bleeding in between her periods. She used to see the blood and she would perhaps put a dish under her for the blood.” (This was the bleeding of istihaadha, not menses, which take different rulings for prayer.) [Bukhari]

If a Mother of the Believers would go to the masjid in istihaadha, and because of not having today’s hygienic resources would put a tray under her to protect the masjid from her blood, but would still pray in the masjid – then what does that say about a woman’s access and connection to the house of God?

2. Intimacy: While there is a depth and breadth of discussion on the issue from a legal perspective, Ibn Taymiyyah’s words speak to a recognition of women’s needs even in spaces wrongfully considered taboo: “Causing harm to the wife by not having intercourse is grounds for annulment in all cases, whether the husband did that intentionally or otherwise, and whether he was able to do it or not; it is like maintenance and even more important.” [Fatawa alKubra]

himself changed law on how long men could serve in the army when he overheard just one woman complain she was sexually lonely without her husband. [Ibn Qudamah, alMughni]

himself, was the teacher of Imam alShafi. Karimah alMarwaziyyah, the greatest hadith scholar of her time, was the teacher of alKhatib alBaghdadi. Shaykha Fatima bint Muhammad alSamarqandi was a scholar who the famous Salahudin alAyoubi and his predecessor Noor alDin would seek fatawa from, seeking advice on state matters. These are simply a handful of thousands of women scholars in our history. [Sh Akram Nadwi’s AlMuhadithaat, Ibn Hajar’s alIsabah fi Tamiz alSahaba, Ibn Sa’ad’s al-Tabaqat, and alSakhawi’s alDaw’ al-Lami’]

is associated with uplifting women. Contrast this with Andrew Tate, whose brand is associated with men who harm and objectify women. In fact, a sister who is working on publishing a study with a university sent me a message explaining, “I work in social services in England. I’ve come across several young men newly referred to the social services for violent behavioral challenges, and when interviewing and working with each of these young men in the last year we have identified at least 65% of them had consumed Tate’s material.” While she recognized this may be correlation rather than causation, she mentioned that the fact so many of them cited him by name is alarming.

Despite all this, before Tate even accepted Islam, some men micro-influencers were hosting him on podcasts and promoting him on their pages. They were platforming someone who was proud to have a webcam business of exploiting women for entertainment, who spoke and joked openly about committing violence against women, and objectified women in some of the most derogatory ways. These micro-influencers who platformed him are not scholars. In fact, I have heard men scholars in the past denounce Tate and warn Muslim men from following him. Why were these men hosting him as an example of manhood before he even became Muslim, when these views are so blatantly far from Islam?

Dear Brothers: When you praise Tate as a “true man” who can bring that manhood into the Ummah with his conversion, you communicate to many women that you literally do not care about what happens to your sisters.

Can you see why Muslim women, especially women who are victims and survivors of domestic violence, and those who work with women and children who are, could be terrified that Muslim men will adopt Tate’s pre-Islamic attitudes towards women? And even worse, now take Tate’s previous attitudes and deem them Islamic?

This week, sisters who have written publicly regarding feeling terrified about staying in this community because of many Muslim men’s loudly celebratory and un-nuanced reactions, have received death threats from Muslim men who follow Tate. These women were told they aren’t actually believers and they saw Muslim men on multiple live social media streams joking about raping them. Yes, they did report these accounts. But the fact that this has been the experience of so many women who have vocally expressed their concerns, is certainly in line with that same type of branding.

We welcome conversion joyfully. And we should all recognize that rectification takes time, support, and mentorship. Conversion is an opportunity to perfect not only one’s beliefs, but also one’s character in following the Pinnacle of character

We should pray Andrew Tate will become the best of us and that we all become better. We should want him to have incredible support and mentorship to become his best self in front of Allah

and in the footsteps of the Messenger

. But that process- as we all recognize- takes time. And the fact that we aren’t giving him time before he is immediately lauded as an example and hosted on so many platforms, is alarming and speaks to the real issue.

This is not an issue of conversion. The issue is commentary on the reaction of some men in our community, the silence of too many in the face of those men, and the willingness for them to not only not recognize how their reaction is so viscerally painful for women, but also how violent some of these same “brothers” are when they disagree with their sisters, and the double standards of these same men when it comes to women.

So celebrate conversion, yes, but also recognize the necessity for public accountability and responsibility to uphold the Prophet’s

– Reflections On The Muslim Reaction To Andrew Tate

– Domestic Violence And The Muslim Community

Maryam Amir is the creator of the free app Qariah: The Women Quran Reciters App now available on Google Play and Apple stores. Maryam received her master’s in Education from UCLA. She holds a second bachelor’s degree in Islamic Studies through Al-Azhar University. Maryam has studied in Egypt, memorized the Qur’an and has researched a variety of religious sciences, ranging from Quranic exegesis, Islamic jurisprudence, Prophetic narrations and commentary, women’s rights within Islamic law and more for the past 15 years. She’s host of the Quran Champions series on Islam Channel. She has been interviewed for her work by major news outlets including BBC, NPR and CBS. Maryam’s focus in the fields of spiritual connections, identity actualization, social justice and women’s studies have humbled her the opportunity to lecture throughout the United States and the world, including in Jerusalem, Mecca, Medina, Stockholm, London, Toronto and more. She holds a second degree black belt in Tae Kwon Do and speaks multiple languages. Find her on Instagram or Tiktok: @themaryamamir and read about the fiqh and fatawa of women’s recitation on the FAQ at: www.Qariah.app