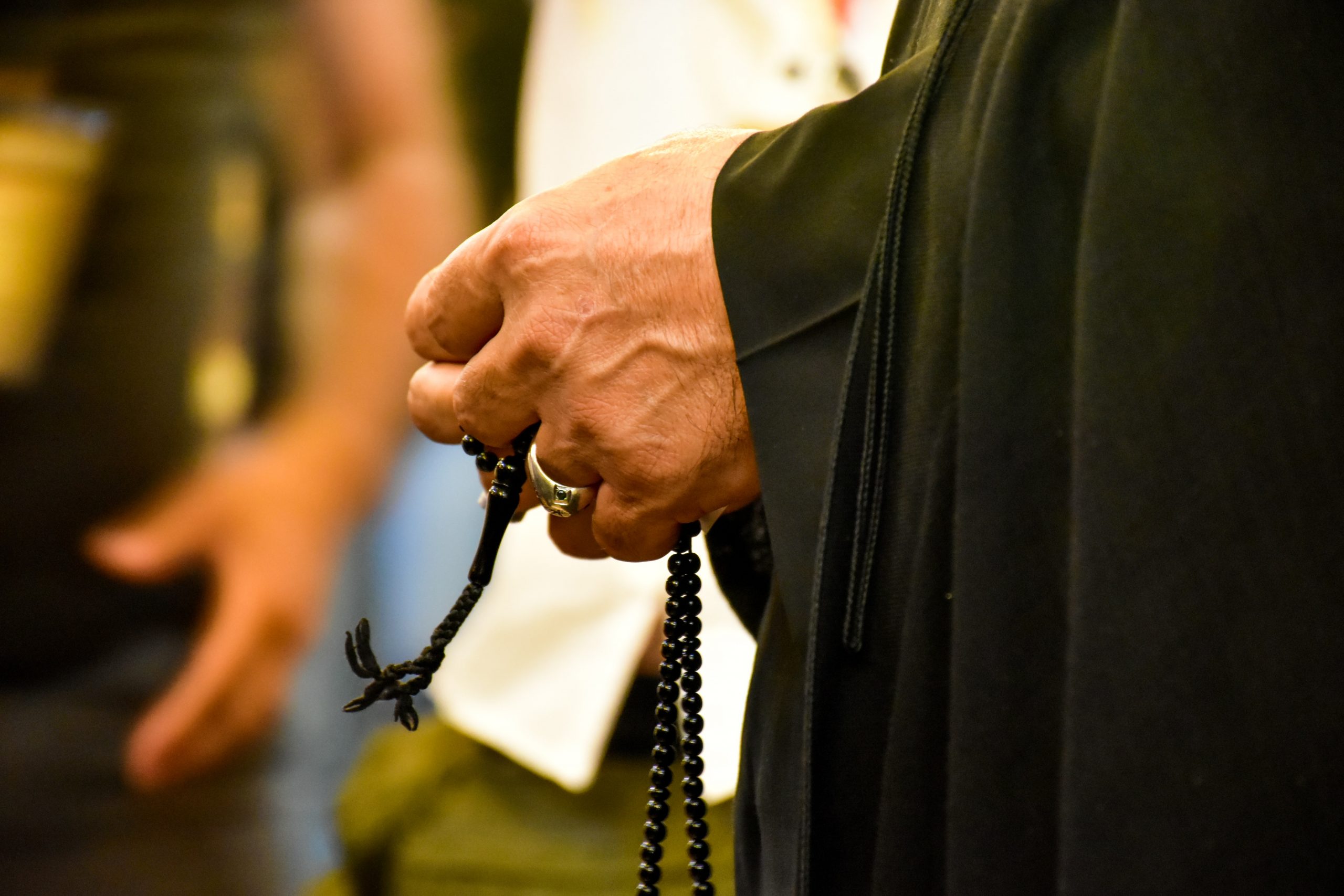 “Masjid uncles” often get a bad rap: portrayed as grumpy immigrants, trapped in the past, squabbling over petty masjid politics, and oblivious to modern-day realities and the current challenges of the Muslim community. This may hold true for some, but we also forget that these masjid uncles were once our heroes: those who established the earliest masaajid as Muslim pioneers in foreign lands; those who helped raise the next generation of successful doctors, lawyers, engineers and -yes- imams and du’aat. For all of their quirks, masjid uncles have played a powerful role in our lives…whether we realize it or not.

The masjid uncles of my childhood are now older than ever, and though I have not seen most of them in many years, I remember them often. Several have already passed away, and I think of those remaining and wonder who is next; whether I’ll see them again before they die. Even if I do see them again, it won’t be the same as it was when I was an eager child whom they used to smile at and give sweets, but as an adult woman, from whom they avert their gazes and whose salaam they respond to with formality. No matter: I hold my memories of them fondly in my heart and seek to honor them with my words.

– ‘Ammu Ahmad Omeria:
An older and burly former navy sailor, turbaned in the manner of the tableeghi jamaat, henna-ed beard always aflame. He used to sell crispy, spicy samosas and overwhelmingly fragrant ‘itr from the back of his van after Jumu’ah, and would let me sit in the driver’s seat so that I could pretend to steer the wheel.

His storytelling would enchant me and my brothers, our imaginations soaring with his words: the time he got an eagle tattooed on his hand (we peeked at its scarred remains in fascination, darkened from his attempt at having it removed), the places he’d seen on his years on the ships, the emotion in his voice as he spoke of his spiritual redemption -the way that he was saved from his years of jahiliyyah and brought back to the Deen he had been raised upon but strayed away from for so long. Always jolly and exuberant, with an exciting story and a pocketful of sweets whenever he saw us; a reminder that Islam is a gift that we must treasure.

When he passed away, the grief was like that of losing a close family member. Allah yarhamo – may Allah

fill his grave with the scent of Paradise, fragrant like the ‘itr he was so fond of in this dunya.

– ‘Ammu Hussaam:
Tall, wiry, bespectacled, Palestinian; ever patient with my endless chatterboxing, sitting me down at an Islamic book fair, and teaching me how to take money and make change. I still remember his amused smile as he let me keep the quarters with the “special edition pictures,” how he praised my responsibility, and made me pleased with my new skill. When he finally got married, his young wife made his smiles flash even more often, and she showered us with the same affection he showed us constantly. He was a steady presence, his kindness without bounds, gentle, and generous.

– ‘Ammu Altaf:
Gruff and lovable, we learned to slow our steps and lower our voices at his raised eyebrows, and learned even more as we sat quietly listening to his conversations with our father: his earnestness in attending every halaqah, his frustration that there was so much he did not know about Islam despite having been born upon it, his determination to make up for lost years. Sometimes his bluntness would make us laugh in startlement, his jokes colored by the Indian accent that still clings to his voice despite his many years in Canada.

From him, we learned what it was to be committed: to living the Deen, to always seeking halal rizq, to volunteering for the Sake of Allah

no matter how mundane or un-glamorous the tasks. Even now, as he is grizzled and older, we see him the same way: consistent and committed, with an unexpected joke taking us off-guard.

– ‘Ammu AbdurRahman:
Strict but never scary, stern but generous – we could always count on him to give excellent Eid gifts, even as we knew to behave extra-well around him. The respect he showed our father, despite his own senior age, taught us what it meant to be a person of fierce dignity -yet never letting one’s ego prevent demonstrating appropriate respect to others. I worry about his health now, when he is still responsible for his family, without anyone to take care of him.

– ‘Ammu Mahmood:
His Eritrean accent always laced with a smile, his voice forever soft, his presence so gentle that even the most irritable of people would soften around him. From him, we learned humility: when he saw our father cleaning the bathrooms before Jumu’ah, he immediately took the cleaning supplies and would show up even earlier, determined to perform this task without fail. When he was diagnosed with cancer and eventually passed away, we were left with an ache as soft and tender as his soul. Allah yarhamo – may Allah

surround him with the gentleness of Jannah, a reward for the peacefulness he shared with those around him when he was alive.

– ‘Ammu Robert:
A former Hell’s Angels biker turned rehab counselor, we met him when he was still not a Muslim: strolling into our father’s office with tattooed arms and leather jacket, asking deep, philosophical questions. He would grin at our curiosity, while we listened to hours of conversation about God, the purpose of life, and his harrowing life experiences. We giggled uproariously at his more colorful language, wondering why it was taking so long for him to do his shahaadah when he was so clearly a Muslim at heart already, and celebrated with excitement the day he came to our home and uttered his testimony of faith.

When I had my first articles published in a local Muslim newspaper, I glowed at his praise for my writing. Years later, I edited part of his memoir-in-progress -he was writing his life story- and waited impatiently for the rest. I never did get to see it.

Hearing news of his passing -so many years after I’d last seen him, and telling my family that I wanted my daughter to meet him someday- shook me deeply. If there was anyone I regretted not seeing again since my childhood years, it was him. Allah yarhamo – may Allah

surround him with comfort and ease in the Hereafter, after his lifetime of endless struggle.

– Amir and Ridhwan:
We should definitely have been calling them ‘ammu, but they forbade us from it – two young brothers, dreadlocked and exuberant, happy to have us hang around; never turning us away, never frowning in disapproval or impatience. We watched them show up for salah almost every day, watched them learn more about the Deen with every passing month, and  their dedication to doing better and being better. In them we saw what it meant for youth to be attached to the masjid, their hearts blossoming with faith. When Amir got married, we witnessed a rite of passage: seeing a youth mature into an adult, watching him as he became a father, doting over his infant daughter and loving towards his wife.

Ridhwan’s death was shrouded in both mystery and tragedy, and to this day, we wonder… what happened? No matter what, we pray for him: Allah yarhamo – may Allah

resurrect him laughing and joyful, as he was in life. May we meet him with the same delight we greeted him with in this world.

‘Ammu Yusuf, ‘ammu Hamidi, Abu Hasnaa’, ‘ammu Rennes, ‘ammu Sameer, ‘ammu Samar, ‘ammu Waseem, ‘ammu Abdul Qadir (the quintessential British gentleman!)…the masjid uncles of my childhood are many, some closer to us than others, but all of them teaching us through example.

In a time when talking about masculinity is all the rage, when self-proclaimed du’aat publish outrageous videos about alpha males and high value men, I think of my masjid uncles and treasure them all the more: these were men who didn’t need to spend hours talking about masculinity, when they embodied it in so many different ways -ways that left an indelible mark upon those of us who were blessed to grow up around them. It is through these masjid uncles that I saw what Muslim men are, and how they should be: their kindness, their affection, their openness, their patience, their generosity, their quiet strength, their commitment, their humility, their firmness, their dignity.

May we honour our masjid uncles, may we love them, may we learn from them always.