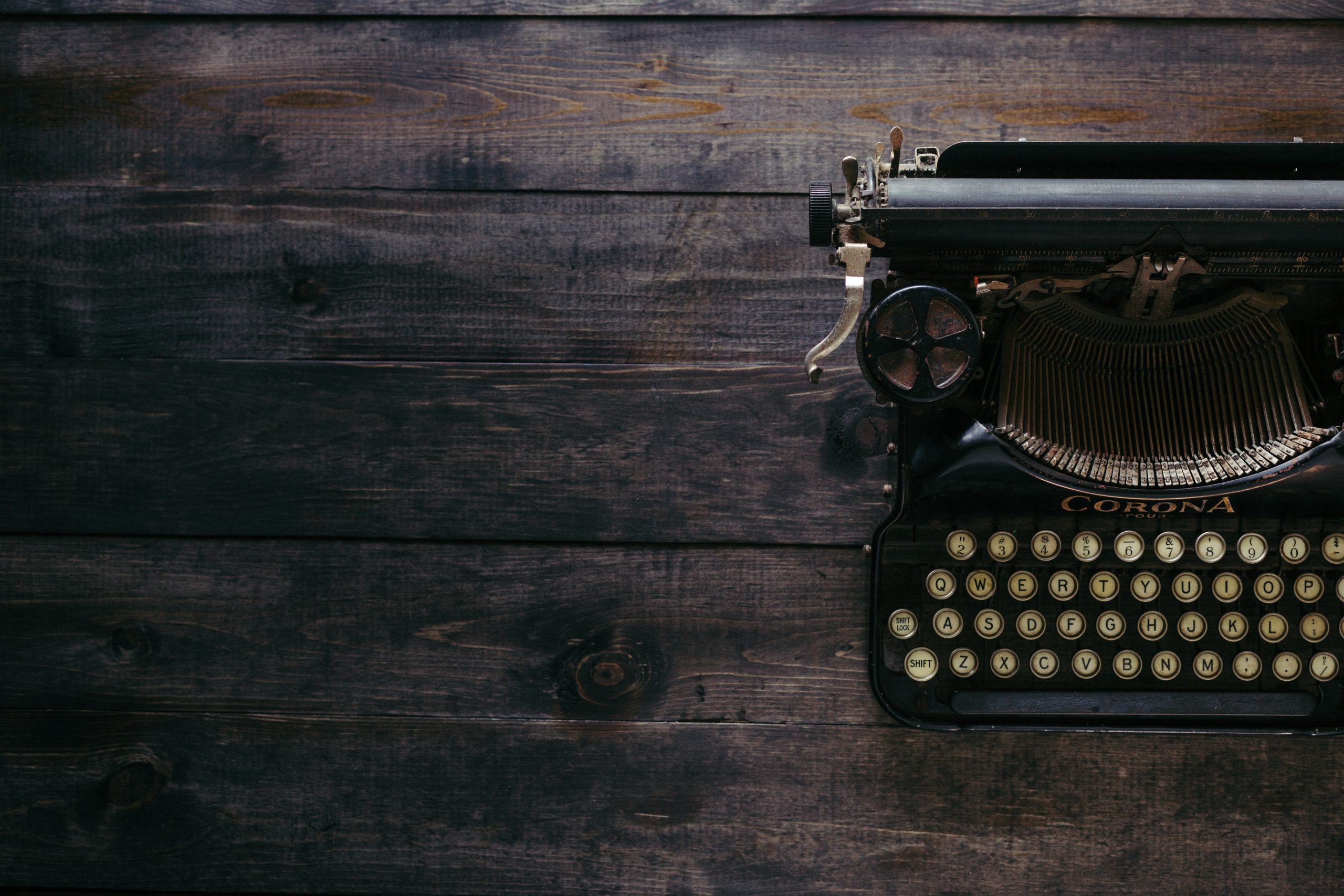 Many times, as a Muslim woman writing novels, I have asked myself whether my Muslim identity can be dissociated from the topics I write about. Does the fact that I am a practicing Muslim woman, confine me to one identity that I can’t exist outside of? Are there any specific “Islamic” topics I should be writing about? And if yes, how can I tackle them in an “Islamic way”?

I remember some years ago, while discussing book titles in a book club (where the members were all Muslim women), I suggested that our club read “The Yacoubian Building”. I defended the book for its literary merits but also for bringing very “controversial” topics (like homosexuality) to be discussed in predominantly Muslim society. One member of the book club demolished all my arguments and told me that these sorts of books encourage depravity and bad morals. I was shocked by her strong reaction as I considered myself a “good Muslim”; or at least one with some sense of morality. My goal was not to take a side or advocate for homosexuality, but rather to start an intellectual discussion on the presence of such issues within Muslim societies. However, this incident made me realize that I crossed a red line, at least for some.

When I wrote my first novel, Mirrors and Mirages, I really wanted to create stories about Muslim women, but not in any way similar to the ones of “Pulp Fiction” as described by Lila Abu Lughod in her book Do Muslim Women Need Saving?, where Muslim women are usually portrayed as victims of their religion, husbands, or fathers, and end up finally being rescued by the “West”. I wanted stories that describe the lives of women I see around me: Muslim women who struggle within their faith, within their workplace, within their families, but also women who love their faith, cultures, and studies. Muslim women who look for love and find it, or perhaps do not. While doing so, did I have to explain the rituals of Islam? Did I have to be decent? Not always, unless needed by the story or its context. Did I have to convey in my writing any sense of morality specific to Muslim or Islam? Not as far as I am aware of. Do I have to avoid describing “depravity” or bringing it forward? Not necessarily. As a writer, my ultimate objective was to be able to bring stories, as I imagine them, as close to reality as possible.

I don’t specifically see the need to talk about my religion. It isn’t always necessary that a Muslim author explains her or his religion to the readers, or even “promotes” ones own religion to the readers. Art and literature are not about proselytism; they are about subtlety. It is about revealing the beauty of the world and the senses. As an author, I believe that Islam can be “introduced” to the readers, perhaps for example in the hearing of the adhan, the call to prayer, in the story. Take also the example of Islamic architecture and how the innovation of Muslim artists replaced human representation -so widespread in the Greek and Roman civilizations- with geometrical representation. It is still an amazing form of adoring Allah

without necessarily mentioning any words. The contemplation of the beauty of the design suffices.

In my humble artistic endeavor, all I am doing is attempting to humanize Muslim women, whether they wear hijab or not, whether they pray or not, whether they are the best Muslimahs or not. For years and still today, Muslim women, mainly in Western books ( and even in some “Muslim” books) are usually strictly confined to their religion or their sexuality. On the ground, Muslim women are more than these two aspects. They are workers in the factories, they are militants in organizations, they are poor farmers, among many other roles. They are all these socio-economic agents and more. This is what I personally strive to picture in my books. Those nuanced, complex layers and how Muslim women juggle those layers together with their faith, or navigate these multiple aspects.

As Muslims, we are not living in a bubble. We live in the world, and as a result we are affected by everything happening around us. But I can tell you that the more we try to tell our stories, different ones, (and not just stereotypical stories about Muslim women), and as diverse as possible, the better and more diversified our narrative will be about Muslims and Islam.

Once, I was criticized by a few Muslim readers asking me why I talk about “terrorism” in my books. Why do you have “bad” Muslim men in your book?

I think my books are a reflection of reality. This reality isn’t always joyful, and it is important to include what I see around me in my books. However, the difference between me and other authors is that I always “humanize” my characters and make them as nuanced as possible. There is no bad for ever and no evil for ever. A Muslim male character can’t only be a “terrorist”, and when it happens that he is a “terrorist”, he is still a human being that deserves compassion and justice. A Muslim female character can’t only be an oppressed woman waiting for the West to save her. And if she does, she still has the right to love her faith and embrace it, instead of renouncing it as it is always expected from her.

Photographers of Our Communities

My second novel, Hope Has Two Daughters, is about revolutions, women, and political awakening. The protagonists are Muslim women, and their relationship to their faith isn’t taking any prominent place in their lives. This choice isn’t deliberate, but is rather natural. This is what I feel around me, and this is how I was able to capture these stories. Writing about oppression and the need to defy tyranny is in my opinion a “Muslim issue,” but unfortunately it isn’t widely considered as part of the classical Islamic topics like prayer, charity, pilgrimage, etc.

I consider writers as the photographers of the communities they belong to. They take multiple shots of the lives of people they meet, talk to, befriend, hate, or simply interact with. These shots are not done with a particular intention of voyeurism and judgement, but with the objective of artistic sharing. Sensitivity, subtlety, and emotions are my guide. I try to follow this approach in my writing without preaching, without proselytizing, without any “Muslim agenda”, but with one objective in mind: humanizing Muslim women and men, as much as possible.

Today, in a world where even hijabi Muslim women are objectified, sexualized, and boxed into another class of consumers, the writing about Muslim women has given rise to a new literary category called “Muslim chick lit”. Here Muslim women are going “halal” dating or going on Hajj trips with their husband. This, in my opinion, is totally fine. Muslim girls need to see themselves in these stories. I am not particularly fond of these stories, however they are still valid and need to be told and read. This is why we need as many stories as possible.

We also need solidarity between Muslim women. We cannot only talk about oppression happening overseas, and not really talk about what’s going on in our own communities. We need inter-sectional stories of women and their struggles. Muslim voices are definitely important today and need to be taken very seriously so as to fight what’s going on around us right now; in particular when dealing with issues such as xenophobia and Islamophobia. We can’t just count on having open mosque events and “feel-good” books on how we used to be amazing and successful in the past. These things have been happening for years, though Islamophobia and hateful acts are on the rise.

Literature, the visual arts, media, and television are very important tools through which we can change these misinformed realities. “Our” stories need to be there.

– Podcast: A Glimpse Into Muslim Bookstagram

Podcast: A Glimpse Into Muslim Bookstagram

Monia Mazigh is an award-winning Canadian author. She writes in French and English and has published so far, a memoir and three novels. Her latest novel, Farida, won the Ottawa Book Award for French fiction. Her new memoir, My personal journey with a scar…f, an essay/memoir about gendered islamophobia, will be published in 2023. Monia is a columnist with rabble.ca, ONFr+, Islamic Horizons. She published several articles with the Ottawa Citizen, the Globe and Mail, the Toronto Star and other Canadian newspapers.