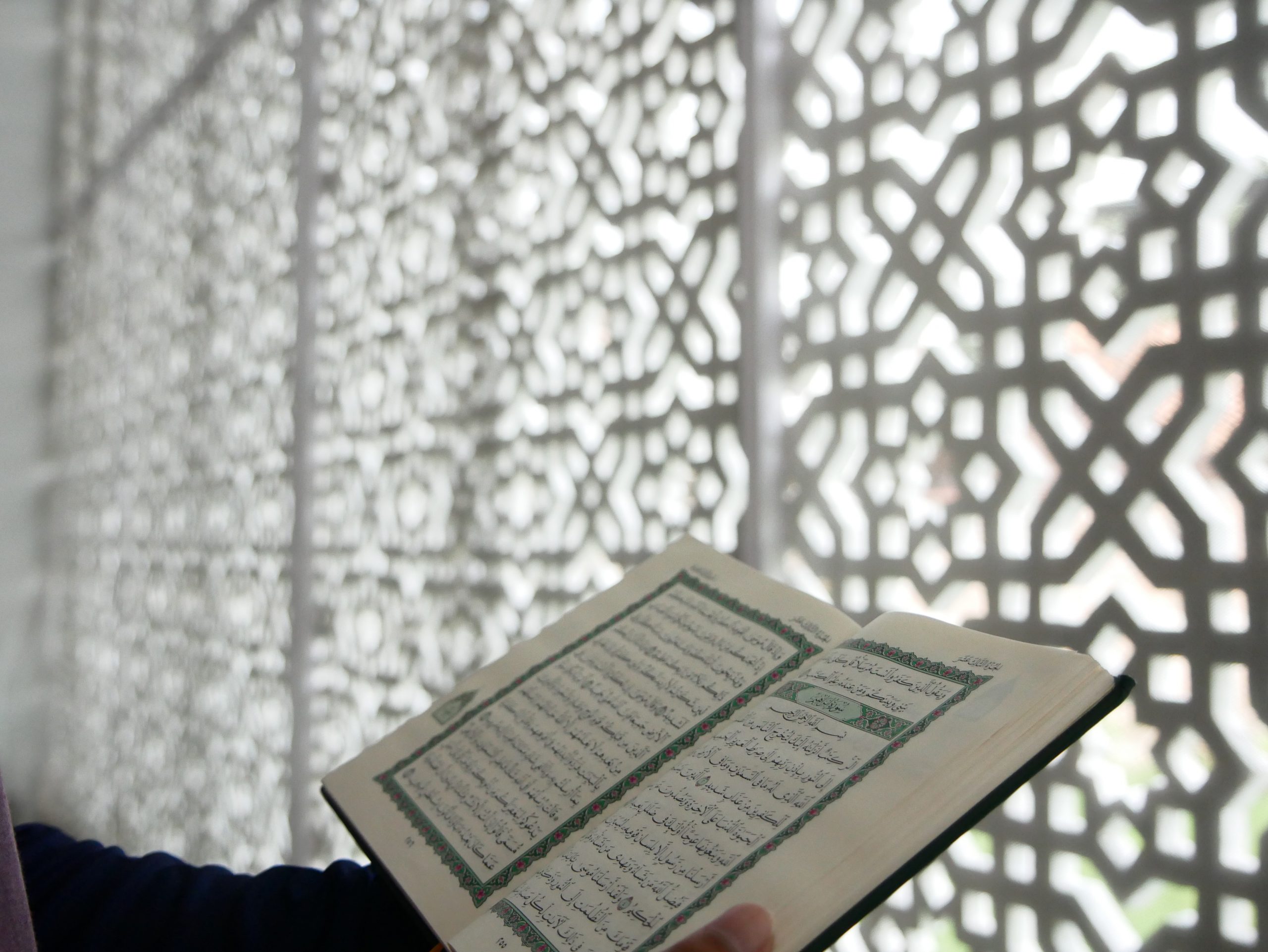 The moment I decided to memorize a surah on my own one Ramadan, set me on a course to gradually improve my Arabic reading and tajweed, and eventually to memorize the entire Quran over the course of seven years. Read on to hear how I started my Quran memorization journey in Ramadan years ago.

The Surah I Had To Memorize

My father and I were sitting in the car on the way to tarawih when I was in high school, listening to Nasir alGhamidi’s recitation of Surat al Mu’minoon. Towards the end of the surah, he cries so intensely that he gasps, his recitation completely stopping as he bawls over and over again.

Hearing his sobs shocked me. I had no idea what the verses were saying, so I asked my dad, who explained that they were about the Day of Judgment and the Hereafter. That was the first night, ever in my life, that I “felt” Ramadan.

Later that night, I went home and opened my half Arabic, half English translation to Surat al Mu’mimoon. I read all of it. Then and there–I decided I wanted to memorize the words and the meaning. In the year prior, I had been actively reading the Quran in the English translation and stumbling over the Arabic, but I hadn’t even thought of memorizing anything. I remember thinking of it and dismissing it as too great a task, too big a responsibility. All I knew were a few surahs I had memorized as a child and had already forgotten from Juz Amma. I didn’t know any tajwid, and my Arabic was so painfully slow. So I had no choice but to memorize the entire surah in transliteration:

“Successful indeed are the believers: those who humble themselves in prayer” [Surah Al-Mu’minūn:1-2]

It took months to memorize the surah like this. In the course of those months, I found that I had developed a connection with Allah

unlike anything I had ever experienced before. I wanted to keep going. That slow, painful process with the surah that started it all, Surat al Mu’minoon, led me to memorize another and another, until I took a class and learned tajwid and how to recite in Arabic. As I was going along with my study of the Quran, reading Arabic, pronouncing the words, and memorizing became much easier. I was feeling more spiritually fulfilled than ever before through my new relationship with the Quran.

But How Could I Ever Memorize the Whole Quran? 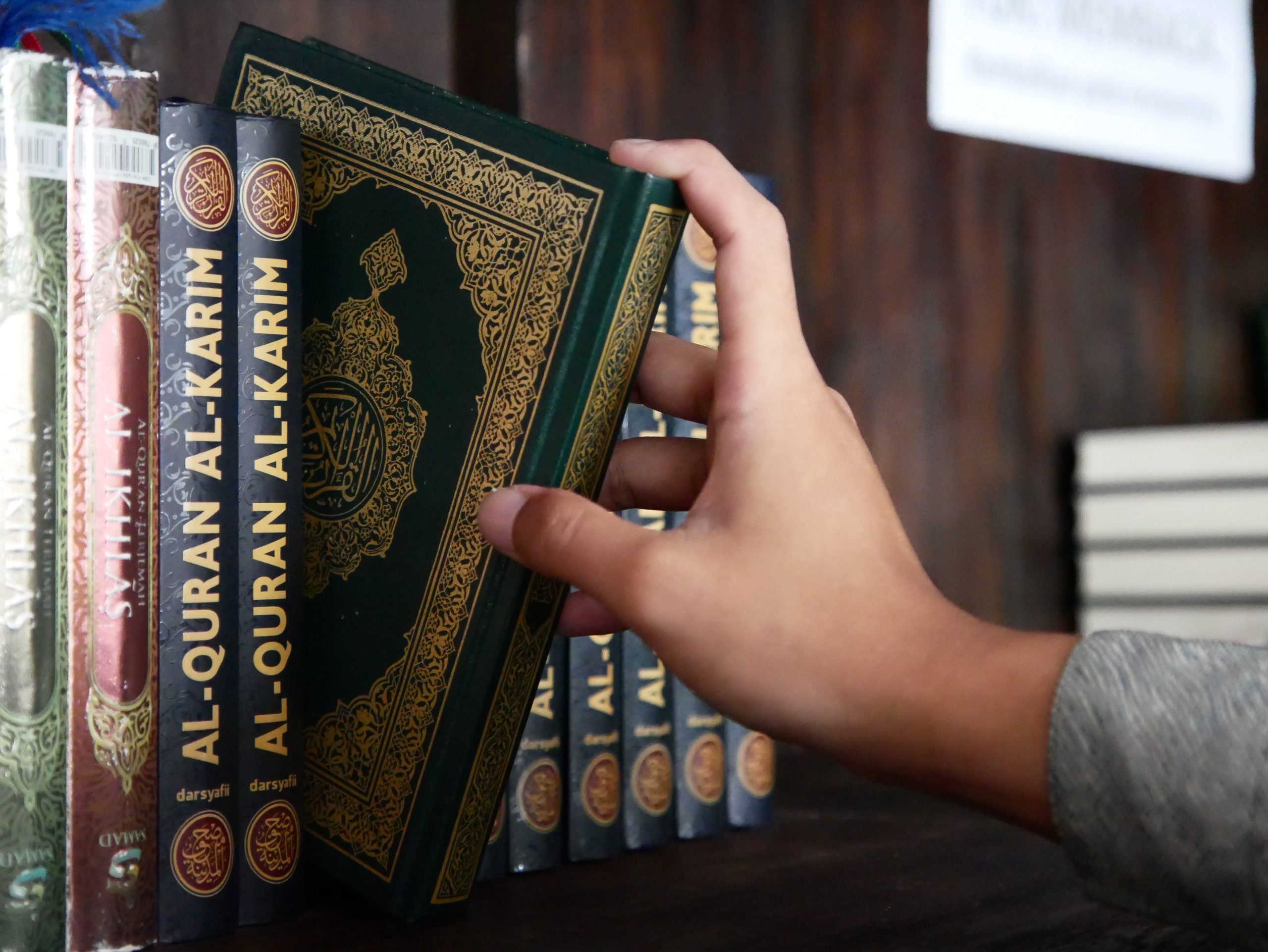 But soon, a new problem arose for me. I desperately wanted to keep memorizing the Quran–all of it, but couldn’t think of how I could manage the logistics of doing it. Someone I knew at the time was trying to memorize the Qur’an. I was so jealous. I would hear them reciting and I would sit and wish I could memorize, too. People made it sound like if you were going to memorize the Qur’an, it needed to be done within a super fast time span where you stopped doing everything else but memorize.

That was all I had ever heard of and that frankly wasn’t possible in my life. I would sit around, festering in my frustration, feeling sorry for myself, knowing I would never get to their level of recitation or memorization or review. You know why I would never get there at that point in my life? Because I would never try. I would wish it could happen, but I did absolutely nothing about it other than feel sorry for myself. On top of that, I made excuses: I didn’t have a teacher, I couldn’t recite well, I was slow in pronouncing the words, I didn’t have enough time as a working student with so many commitments.

Ultimately, I finally realized that I was the one making excuses and the only one holding myself back; so I began–even though I started slowly . I memorized as my life continued on as normal. I kept going along my journey memorizing the Quran while working, while going to school, while being involved in community organizations, while going through trials and tribulations. I had to take breaks and to start all over with a new teacher, multiple times.

Eventually, I got there. It took me seven years to complete my memorization. Review is a lifetime.

But had I decided I would never begin memorizing the Quran because I would never have the ability to finish in a year–if I had allowed my “wishing” for it to happen to take over my actual will to try–I would still be sitting here without having met my goal. I would still be talking about all those people who finished years and years and years ago, wishing I could have done the same, recounting all the reasons why I haven’t been able to try.

Thankfully, I did try, by God’s blessings. And by God, it was and continues to be the most incredible, intense, sweetest journey.

Where Does Your Quran Memorization Journey Start?

There might be a verse or chapter of the Quran for you like there was Surat al Mu’minoon for me. Maybe you’ve thought of memorizing it, but don’t know tajwid. Perhaps you’ve read the translation in English, but want to know the deeper meanings through studying its tafsir. Maybe you want to know it better, but don’t feel like you’re good enough to try or get that far.

This Ramadan, if you find yourself moved when engaging with the Quran, make a commitment to study that portion of the Quran; read the translation, contemplate the verses as you sit in nature, reading and reciting them over and over, and maybe even memorizing them. Use that small goal as your entry point to seek a deeper relationship with Allah’s

Divine Words. Start there, and commit to embarking on a lifelong journey with the Quran.

What is your story? Where are you on your journey?

For many sisters, you might find your Quran memorization journey starting this Ramadan after listening to a recitation from a newly-launched app I just created: Qariah – The Women Quran Reciters App. It’s a collection of women reciters from all over the world, created by women and for women! Find the surah you have to memorize right now.

– How to Memorize the Qur’an and Not Forget it!

How to Memorize the Qur’an and Not Forget it!

– How to Memorize the Quran | Shaykh Umar Badahdah

How to Memorize the Quran | Shaykh Umar Badahdah

Maryam Amir received her master’s in Education from UCLA. She holds a second bachelor’s degree in Islamic Studies through Al-Azhar University. Maryam has studied in Egypt, memorized the Qur’an and has researched a variety of religious sciences, ranging from Quranic exegesis, Islamic jurisprudence, Prophetic narrations and commentary, women’s rights within Islamic law and more for the past 15 years. She’s featured in a video series on faith produced by goodcast.net called The Maryam Amir Show. She actively hosts women who have memorized Quran from around the world to share their journeys through the #FOREMOTHERS campaign. She is an instructor with SWISS and Hikmah Institutes. She has been interviewed for her work by major news outlets including BBC, NPR and CBS. Maryam’s focus in the fields of spiritual connections, identity actualization, social justice and women’s studies have humbled her the opportunity to lecture throughout the United States and the world, including in Jerusalem, Mecca, Medina, Stockholm, London, Toronto and more. She holds a second degree black belt in Tae Kwon Do and speaks multiple languages. She is the creator of “Qariah: The Women Quran Reciters App” which will be released by Ramadan 2022 inshaAllah. To learn more about the app or connect with Maryam online, find her on instagram: @themaryamamir.