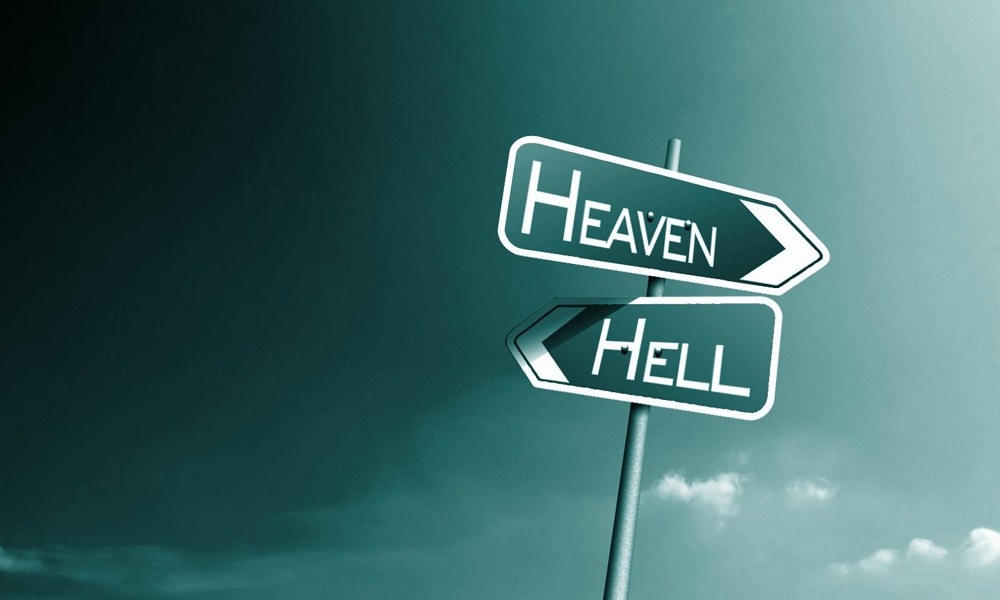 (This article was reviewed by Shaykha Umm Jamaal ud-Deen for authenticity of Islamic content.)

“Will there be more women in Hell, or in Heaven?”

This question arises often, asked in anguished tones by Muslim women who have repeatedly been told that because they are women, they are inevitably doomed to Hellfire. This horrific sentiment has caused significant despair amongst many Muslim women, sometimes to the extent of causing some to lose hope in Allah

and to doubt Islam itself. However, it is imperative to emphasize that the sweeping claim that women are inherently evil and flawed, thus resulting in their inevitable punishment in Hellfire, is actually not an accurate understanding of the infamous “women are the majority of Hellfire” hadith.

As we will see below, the correct understanding of this hadith is far more nuanced, and leaves us with the reassurance that women will also be the majority of the population of Jannah!

The original hadith (referencing only the first half, as relevant to this article) is as follows:

Abu Sa’eed Al-Khudri reported: The Messenger of Allah, peace and blessings be upon him, said:

O gathering of women! Give in charity, for I have seen you as a majority of people in Hellfire. They said, “Why is that, O Messenger of Allah?” The Prophet

You curse others often and you are ungrateful for your livelihood (i.e. your husbands who provide for you). [Source: Ṣaḥīḥ al-Bukhārī 298, Grade: Sahih] 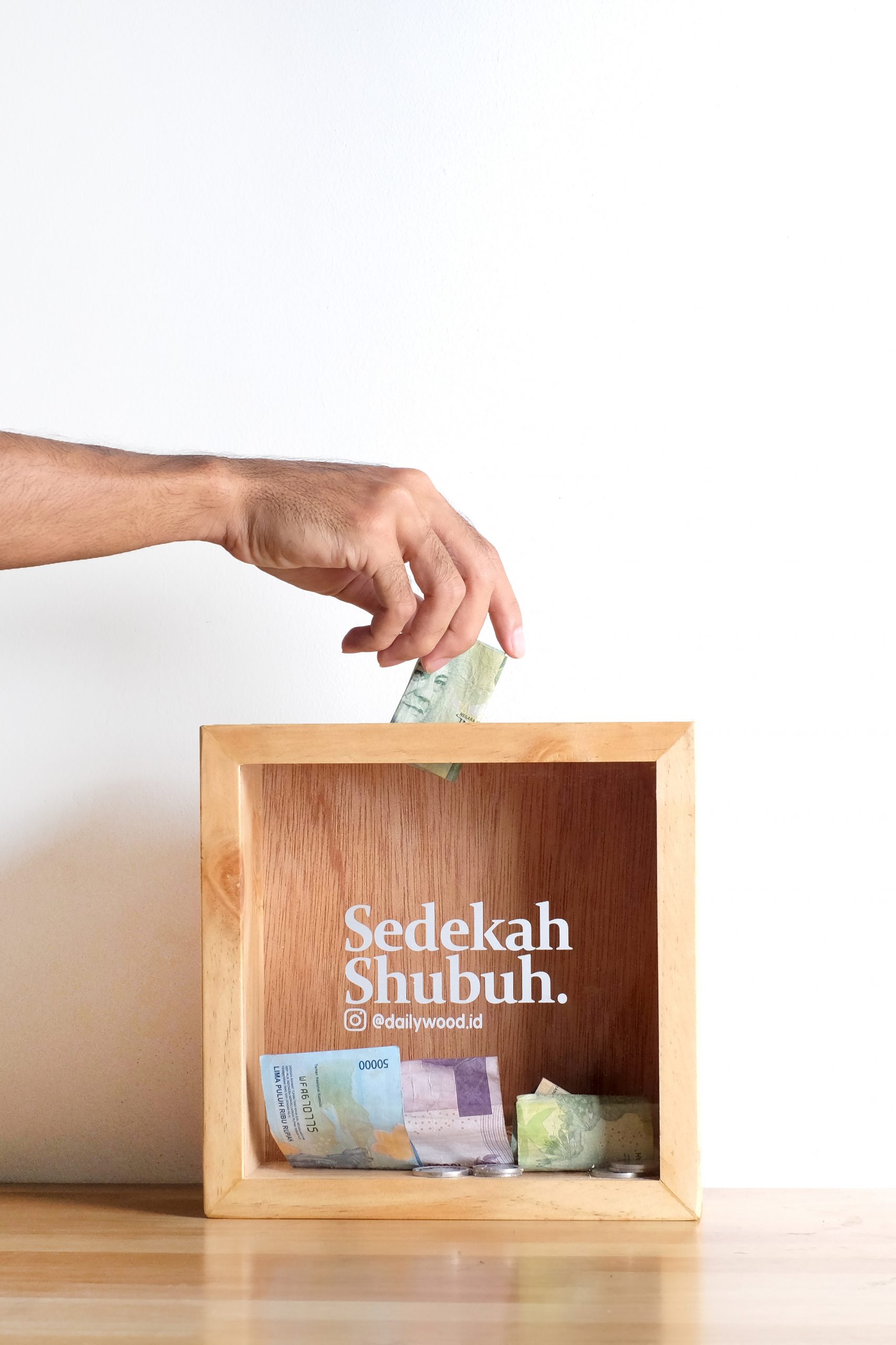 This hadith says nothing about women’s inherent “evil”, but rather, is a warning directed at women to not engage in two very serious sins which were commonplace behavior and not considered to be as severe as they truly are. There is nothing in these words which indicate that women are simply doomed to Hellfire; indeed, RasulAllah

is encouraging the believing women to avoid the fate of being even temporarily punished in Hellfire for these sins, by giving in sadaqah.

This itself connects to another hadith:

Even so, the debate over whether men or women will be the majority of Paradise or Hell was an issue that came up even in the time of the Companions – and was succinctly answered by Abu Hurairah

“Muhammad reported that some people stated with a sense of pride, and some discussed whether there would be more men in Paradise or more women. It was upon this that Abu Huraira

It was the opinion of Abu Hurayrah

that women would in fact outnumber men in Jannah, due to the above hadith – which according to some narrations included the clarification that of the two wives mentioned, both would be from among the human believing women (and not the Hoor al-‘Ayn).*

(*Note: I understand that some readers may start asking the question of why men get two wives in Jannah, and what recourse women have who don’t want to share their husbands in Jannah. This is a topic for another day, but can briefly be addressed with a reminder that Allah’s Wisdom and Knowledge is greater than ours, and that what He has decreed for us is always best. Rather than worrying overmuch about these specific details, we should be focused a little more on actually getting to Jannah first!)

Various scholars have commented on this as well.

“This is because there are more women than men; it is authenticated that they will be the majority of the population of Hellfire, and it is also authenticated that every man from the people of Paradise will have two wives from the human women, excluding the Hoor al’Ayn. That is because from those who are in Jannah, the women will be more; and similarly, in Hellfire, because more of them [women] were created.”

“Abu Hurayrah used that hadeeth as evidence that women outnumber men in Jannah. However, this contradicts the saying of the Prophet

, “I looked in Jannah and saw the least of its inhabitants women.” It is possible that the narrator narrated this according to the meaning that he understood from it in that they are the larger number of inhabitants in the Fire and that necessitates them being the lesser in number in Paradise.

And it is possible that this is the case in the beginning, before the sinners are removed from the Fire after the intercession (emphasis mine).”

It is also important to remember that even Muslims will experience the punishment of Hell for some time, for sins that they committed that were not forgiven – but this does not mean that they will remain in Hell permanently. Rather, once their sins have been appropriately punished, they will then be taken out of Hell and will enter Paradise. This applies to men as well as women.

. This does not mean that they will reside in Hell forever! Instead, it will be a temporary period of punishment, after which they will have been purified of their sins and will then join the people of Jannah for eternity.

Thus, many scholars believed and understood that the original hadith regarding the number of women in Hell was not to be taken in isolation, nor limited in understanding, nor meant to be used as an ‘evidence’ against women, but rather, to be understood in a much more holistic manner; one which recognizes that there is no superiority of the genders other than in terms of piety and righteousness.

A Disease of the Heart

For anyone to weaponize this hadith, or any others, against women with the intention of making believing women feel inferior, to put them down, or to cause them to feel hurt in any way, is violating the Qur’anic injunctions as to how believers are meant to engage with one another:

“The believing men and believing women are allies of one another. They enjoin what is right and forbid what is wrong and establish prayer and give zakah and obey Allah and His Messenger. Those – Allah will have mercy upon them. Indeed, Allah is Exalted in Might and Wise.” [Surah At-Tawbah:71]

“The Muslim is the one from whose tongue and hand the Muslims are safe.” [Source: Ṣaḥīḥ al-Bukhārī 10, Grade: Muttafaqun Alayhi]

For any believing Muslim to twist the Qur’an or Sunnah in any way to cause harm – whether physical or emotional! – to another believer is a serious disease of the heart. Such a person must examine the state of their heart and their motivations behind seeking to manipulate the words of Allah

in a way that they were never meant to be used. Anyone who, with a true, sincere, desire to call others to Islam must know that it should be done in the spirit of truly wanting the best for others, and especially to increase other believers’ love and connection to Allah

. Anything less than that is a serious red flag – and often related to one’s own nafs (ego), or perhaps even unresolved personal issues.

An important principle to keep in mind whenever one comes across ahadith that may cause discomfort, or when told that “Islam says XYZ” (especially about women!), is that we should always have Husn adh-Dhann of Allah

. That is, we should always hold a high and positive opinion of Allah

is the Most Just, the Most Merciful, and the Most Compassionate, and that Prophet Muhammad

was the mercy to the worlds. How could such an amazing, loving Creator, who chose such a merciful and tender Messenger, want to cause believers pain and misery?

Thus, any time an issue comes up that causes us doubt or even despair, we should remind ourselves that there is most certainly more knowledge and information regarding the matter that we simply don’t know about yet. Our certainty in Allah’s

Justice and Mercy should never be shaken due to the misinformation that we may receive, intentionally or otherwise. Our Islamic tradition is far vaster than most of us will ever be able to fully realize, and it is truly a lifetime’s effort to continue to seek Islamic knowledge and a deeper understanding of Islam.

make us of those who develop knowledge and understanding of Islam, whose hearts grow closer to Him with that knowledge, and who are able to strengthen the hearts of other believers in the same way. Ameen!