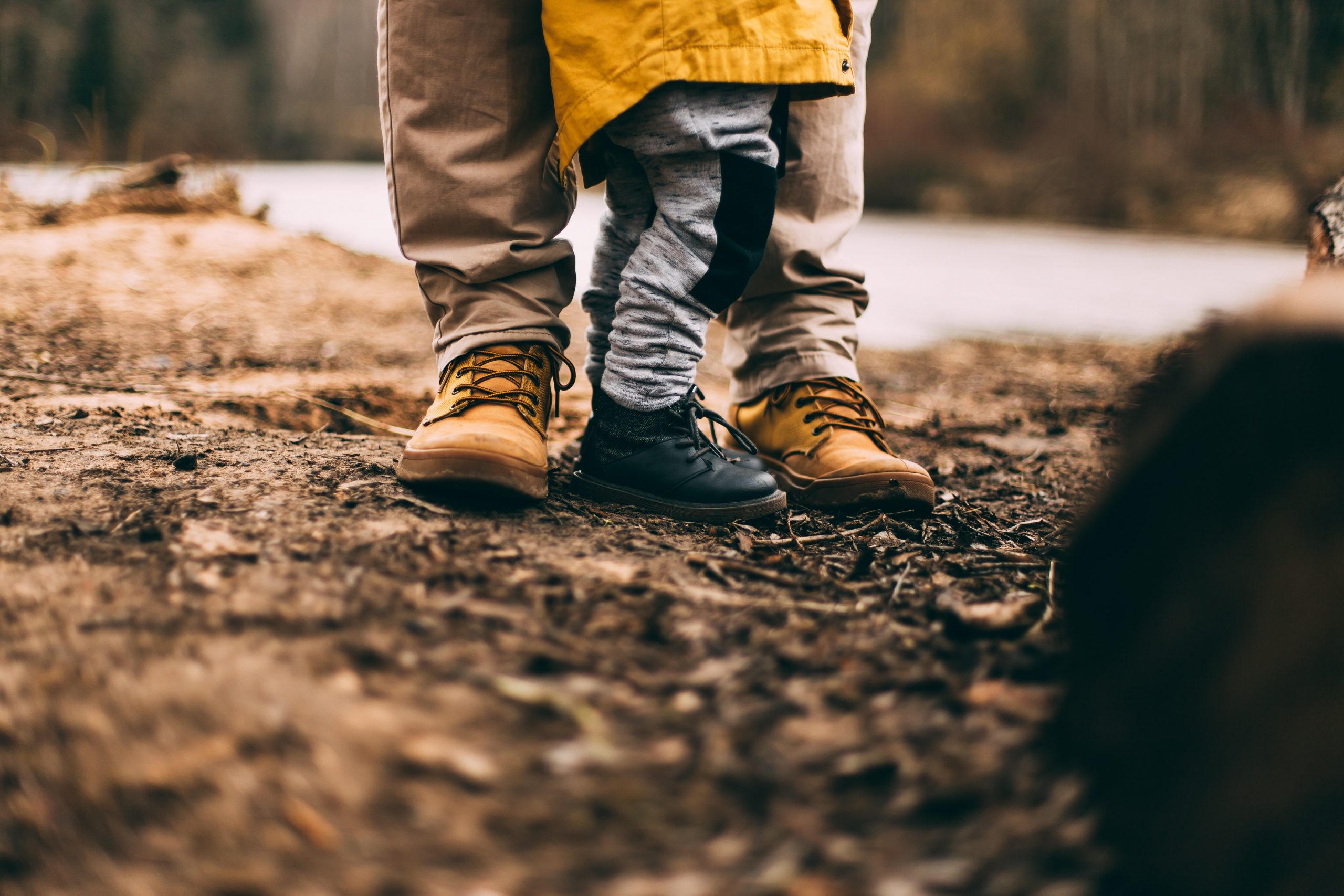 “Did the Prophet ﷺ wear glasses?”

I didn’t realize that a question so simple and inane could fill me with so much happiness. To be clear, this was a silly question considering that glasses weren’t invented until fairly recently. But this was a question that one of my children asked me after I told them a bedtime story from the Seerah – the life of the Prophet Muhammad ﷺ. What the question signified to me was that he was becoming real to my children rather than an abstract person from history.

It is the nightmare of every Muslim parent. How do we raise our children to be good Muslims? In the pursuit of this, people have come up with all sorts of answers. Some have moved to Muslim majority countries, others have moved near a mosque and many more have considered home schooling. While it is not my intention to delve into these, I wanted to share some simple tips on how to raise your children to be resilient Muslims. 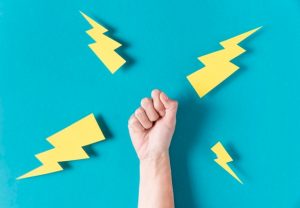 To be a Muslim today is an act of revolutionary defiance – standing at odds with the prevailing culture in many ways. Economically, we are not traditional capitalists or socialists. When it comes to sex, our views are amongst the most traditional and least flexible compared to the views of others. With regards to culture and traditions, we have a great degree of flexibility, but naturally recoil from subordination. We are a proselytizing faith in an age when the only acceptable faiths are nation-state, money, or some other designation. Therefore, it is important that Muslims of the future grow up not shielded from an outside world that we are increasingly less in control of, but resilient within it.

Tip 1: Teach them to be Muslim primarily 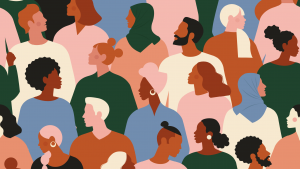 Every child has to contend with multiple identities. While each of these identities combine to make a full personality, without a clear grounding on which of these are primary and central, causes one to be adrift in a sea of endlessly changing ideas.

Most people teach their children to be their nationality or ethnicity first, but this gives such a limited and limiting view of yourself and others that this can lead children to be shallow. It is literally how the evils of nationalism, racism, and fascism are born. After all, what does it mean to raise your child as an American today when a MAGA-hat-wearing-bible-thumper and a liberal-agnostic-New York-Latina advocating to ban guns both share that nationality?

Choosing faith as a primary identity for your children (and o course yourself!) allows a solid foundation upon which to approach the world. Note that I say ‘primary’ as opposed to ‘only’. The experience of a Black Muslim female will be vastly different from an Arab Muslim male’s.

Tip 2: Educate them to be proud of their history 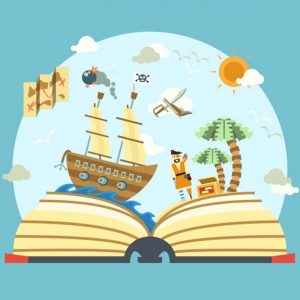 Confident children need role models and heroes to look up to. They are constantly bombarded by examples of how the Western world is cool – whether through the examples of Captain America, Elon Musk or LeBron James.

Do you remember how empowered and liberated Black children (and adults for that matter) felt when the movie Black Panther came out? It wasn’t because the story or cinematography was exceptional. It was because it was a movie directed by a Black man with Black characters that showcased Black culture – from the clothes to the language.

Muslim children need that too; but until the day we have our own movie studio, we need our parents to rely on their own ability to tell stories to their children. Tell them about Salahuddin, tell them about Al Biruni, tell them about ancient Baghdad. Make your children realize that they are heirs to an ancient and proud nation so they can hold their head up high. And if you don’t much know about our history, then learn. There are more Islamic history teaching organizations out there than ever before.

Tip 3: Make the Prophet ﷺ real to them 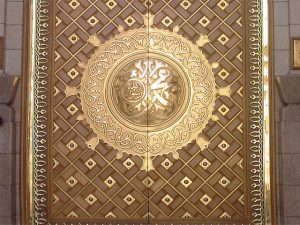 The Prophet ﷺ is not Julius Caesar or Alexander the Great. The latter two are real figures you may talk about but don’t affect your life. In order to make our children resilient, the man at the center of it needs to be a member of their family.

His words, his actions, and his honor need to be central to our identity. We do this by talking about him like a much-loved family member who just isn’t around at the moment. I remember when I was growing up, I knew more about the Prophet ﷺ than my own grandparents. He wasn’t abstract; he was more real to me than current figures alive now.

Tip 4: Teach them to love the Ummah 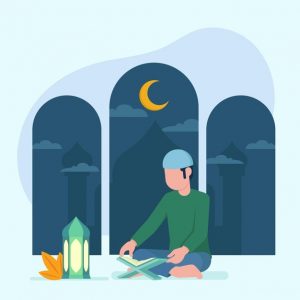 One of the most important and often forgotten features of Muslim parenting is to teach your children a love of the Ummah. Unfortunately, this doesn’t come naturally as we can see all too readily from the ubiquitous examples where Muslims kill fellow Muslims in wars across the world. Even when we’re not doing the killing, we won’t help those escaping it. Even if we do help these desperate refugees by giving them a slice of land in our countries, we turn against them the moment the economy gets shaky.

Egyptian policemen that shot children and burnt a mosque at Rabaa, the Indonesian Navy guards who pushed the Rohingya back out to sea, the Libyan mercenaries working for Haftar who ran slave camps for Sub-Saharan Africans.

Teach your children not to grow up as oppressive tyrants or submissive concentration camp guards. Teach them to love, not hate. And this applies to wider humanity too, but one cannot love another until one loves themselves first.

Tip 5: Show them the difference between respect and acceptance 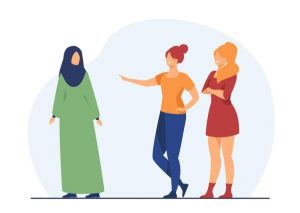 Every child will face many difficult choices in life which will only grow more difficult as they get older. Do they say yes to that drink so they can fit in? Do they get that haircut or wear that outfit to be appreciated? Do they hide their views so as not to be ostracized?

In order to raise your children, teach them the difference between respect and acceptance. Respecting that others have a different set of beliefs or lifestyle than yours does not entail having to follow it. Maintaining your beliefs despite everyone else having other beliefs does not mean you don’t belong or are socially cut out. You just fit in differently and socialize in other ways. In fact, it is worth teaching your children that -more often than not- this will make you even more respected than if you just jumped on the bandwagon.

Remember, the hand that rocks the cradle, rules the world. Teach your child to be a Muslim, a good Muslim, a strong Muslim…but mostly, teach them to be a resilient Muslim. After all, you can’t control the burdens that life will throw at them, but you can certainly work on how broad their shoulders are to deal with them.

Raising our children with the Book of Allah

Bosnia: A Last Call For Action